I try to be a good person. I hope that I can leave the planet a tiny bit better than I found it; at worst, I hope I do not leave a negative impact. But I get confused about rights and wrongs. Just when I think I know where I stand, I encounter someone else who has a different set of values that I cannot comprehend …

A simple example: This morning I was at my local spa. I am a member and visit there often. It is not a super-plush place, but membership or day visits do cost real money. So I was surprised to see a new sign telling us to be careful to lock valuables away. This seems sensible on the surface – I often see iPhones and Kindles left unattended, ready to be stolen. But who is going to do the stealing? Surely anyone who can afford to be there has no incentive to indulge in petty pilfering. Sadly, I am incorrect – some people will do just that. Clearly these people have a different set of moral guidelines to my own – a different sense of right and wrong.

It is very easy to assume that everyone has the same values. As I have written about before, there are those who mistakenly believe that the law is there is uphold their sense of right and wrong, because they assume such values are absolute. They are not. We choose our own standards. 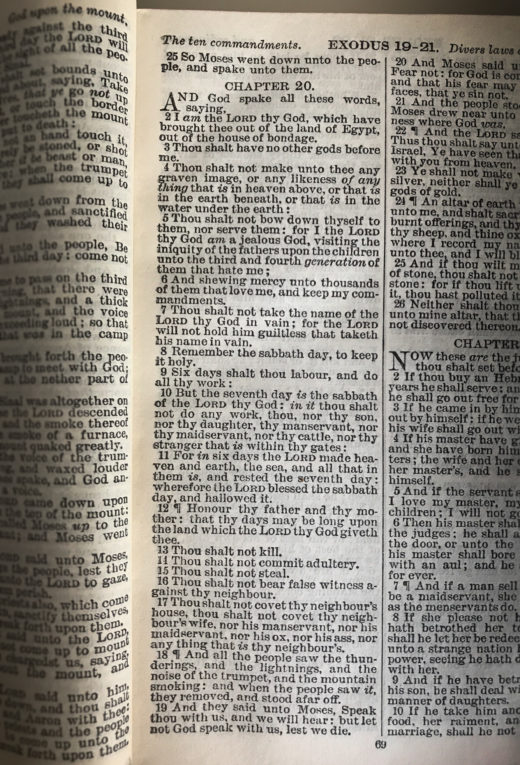 How do we choose? There are lots of ways. I guess most people start off with guidance from their parents and take it from there. I suppose religions are handy, as most of them offer a shrink-wrapped set of rules that many people find useful. Although I do not subscribe to any religion myself, I am happy to plunder their wisdom. I think that the Bible is useful. The Ten Commandments [at least from #5 onwards] are a reasonable start – though I do not currently covet my neighbors wife, animals or property and I do not believe that they employ any servants. For richer guidance, I think the teachings of Christ have a lot to offer. I think that one can lead a good Christian life without necessarily doing all the church stuff. On the other hand, many people who profess to be Christians behave appallingly. And many of them rise quite high in government …

It is all a minefield. Following the last 6 commandments should be easy enough. However, there are nuances. The best example is #6 [it can be another number in other translations], which the Bible I have here [standard Church on England issue] quotes as “Thou shalt not kill”. I am cool with that. I think that killing another human being is wrong. Under any circumstances, whether the killing is by another person or by the state. It is wrong. Period. End of.

For a long time, I was very comfortable with my stance on this matter [and I still am] and thought that most right-minded people were on the same page. However, I am mystified by many Christians, who seem quite OK with killing. I made some comments on US gun crime some time ago. I think the explanation is relatively simple. In some translations of the Bible [it was not written in English!], commandment #6 is quoted as “Thou shalt not commit murder”. In English, “murder” is defined as “the unlawful, premeditated killing of one human being by another”; I would probably remove the unnecessary “unlawful”. It is different from killing, as that may be unpremeditated and/or self-defense. It seems that a small translation quirk – caused by some subtleties in the source language – has changed the moral stance and resulting behavior of many people.

Even if you can tell when something is wrong or dishonest, it can be hard to say how wrong something is. For example, all theft is wrong, but is it more wrong to steal $1m than it is to take $10? On the surface, it would seem that taking the larger amount is a worse crime. But, what if the $10 theft was scamming an old lady who cannot then afford to eat, whereas the $1m was taken from a faceless bank, who might be too inefficient to notice that it has gone?

I do not know the answers. I have a friend, who is a magistrate and makes such decisions on a daily basis. I must ask her how she does it.

ESE Kongress November 30, 2020 This week, an annual conference on embedded systems normally takes place in Stuttgart, Germany: ESE Kongress. I have presented at…
Security of Medical Devices – A Changing Regulatory… March 2, 2022 Over the past two decades, medical devices have been increasingly likely to be connected to the outside world using Wi-Fi,…
OFF-TOPIC: 12 things done or not December 17, 2020 Each year I make a list of “things” that I plan to do. You might call them “goals”, but I…

This article first appeared on the Siemens Digital Industries Software blog at https://blogs.sw.siemens.com/embedded-software/2018/08/09/knowing-right-from-wrong/