In October 1975, I set off on what, for me, was a great adventure: I went to university. It was a long journey from where we lived to the East of London to Bath in the West country – about a 4-hour drive. It was the first time that I had lived away from my parents. I am unsure who was most nervous about it – me or my mother. I was apprehensive, but excited at starting this new stage in my life. I did not give a lot of thought to what a degree really was or why I was doing it … 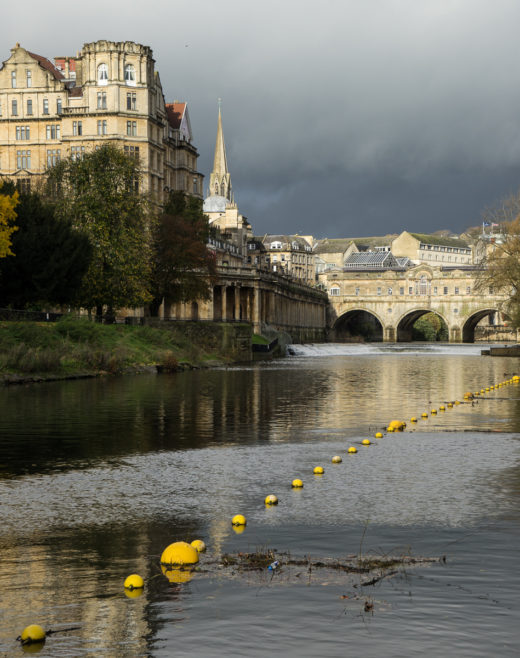 When I considered the idea of going to university, it seemed to be simply a matter of choosing what I wanted to study and then where I would go. I was interested in science generally, so a degree in Materials Science seemed like a good idea, as it was quite broad and I was likely to have the grades needed to be accepted. It was only available at a few universities, so that made choosing easier. Bath just seemed like a nice place [it was!].

Some of my friends were going off to study something specific to a chosen career – like dentistry, for example. I had no idea what I wanted to do, so the opportunity to put off any such decisions was welcome. I gave no thought to whether I was investing my time [3-4 years] wisely. If I were doing it nowadays, I guess I would be considering the cost factors, but that was not very relevant then.

It is a good thing that I did not have a plan, as things would not have gone the way I might have expected. Although I went on to get my Mat Sci degree, in the course of my studies I discovered computers – I had had no exposure to them before. This became my hobby and, when graduation loomed, I decided that it would also be my career. This was one of my better decisions, as, nearly 40 years later, I have always had moderately well-paid, interesting work.

I have talked to various young people about going to university. A much larger proportion of 18 year olds consider this option nowadays. More than once I have been “accused” of “breaking the system” – by choosing a career that is nothing to do with my degree subject. On the surface, this is a fair observation, but actually it shows a lack of understanding about what a degree actually is.

The word “degree” comes from a Greek word that means “a step” – think of it like a measure of temperature. So, a degree is a step on your educational ladder – not the endpoint.

There have always been certain subjects where studying to degree level is essential [commonly a legal requirement] in order to practice them as a career. Examples include medicine, dentistry, law and architecture – i.e. the professions. Lots of other subjects can be studied with much rigor, but are unlikely to lead directly to a job. Just how many art historians are needed, for example? This is not bad. Such a degree is a clear indication that the individual is smart, able to apply themselves to study for a sustained period and pay attention to detail. An employer then has a good idea of what a candidate is capable of.

A modern challenge is that there are many degree courses offered in subjects that are really not rich enough to be studied to the extent that awarding a degree makes much sense. Indeed it may degrade such a qualification.

I know someone who works in a large event management organization. They employ a number of graduates each year. They look for candidates with good degrees in almost any subject, as they want people who can learn and think for themselves. The one degree subject that they always avoid is Event Management.

It is interesting that, when I went there, Bath University was considered fairly run of the mill – good for certain subjects, but nothing special overall. In recent years, its status has gradually climbed and it is now one of the 3-4 most prestigious establishments in the country. I always feel that my departure gave them the freedom to rise in the rankings …

OFF-TOPIC: Musing on handedness January 28, 2021 I have always be fascinated by the concept of being right- or left-handed. Almost all of us have this asymmetry…
OFF-TOPIC: 12 things done or not December 17, 2020 Each year I make a list of “things” that I plan to do. You might call them “goals”, but I…
OFF-TOPIC: Lost and found February 18, 2021 When I come into the house, I hang my keys on the hook. If I want my keys and they…

This article first appeared on the Siemens Digital Industries Software blog at https://blogs.sw.siemens.com/embedded-software/2018/03/29/what-is-a-university-degree-for/