This is a subject that I return to from time to time, as it is a matter about which I have strong feelings. Hence, I offer no apology if I am repeating myself. My simple message is that most healthy adults are able to give blood, with absolutely no ill effects to themselves. If you are a healthy adult and do not donate, I would like to know why not …

There are a significant number of valid reasons why some people are not permitted to give blood. They are mostly associated with medical history or certain lifestyle choices. The criteria vary from country to country. In the UK, less than 5% of eligible donors actually give blood. I am really quite shocked – maybe disappointed really – by this figure. I believe that it is unevenly spread geographically, as, in my area, it can be hard to get a donation appointment.

I suppose there are numerous reasons why eligible people do not donate. Busy lives are an excuse for many things and I think that I would have cited that a few years ago, as, for many years, I did not donate, even though I knew it was a very worthwhile thing to do. I am aware that some people have religious objections. I am prepared to respect such beliefs, but struggle to understand them. For example, some representatives of a particular Christian church came to my door recently. I had many questions for them, for most of which they had no answers, including the blood donation issue. When I suggested that donating blood was a very Christian thing to do, they left.

My motivation [= kick up the backside] came in 2004. Up until then, I was unaware of quite how many uses there were for donated blood. I knew about surgery and accidents and so forth. My late wife had leukemia and needed numerous blood transfusions. I calculated that she actually received more blood than any individual can donate in a lifetime. I have been doing my best to pay that back. Most of my immediate family are also donors. Libby made her first donation 40 years ago, when her mother took her to the donation center; this week, she made her sixtieth. 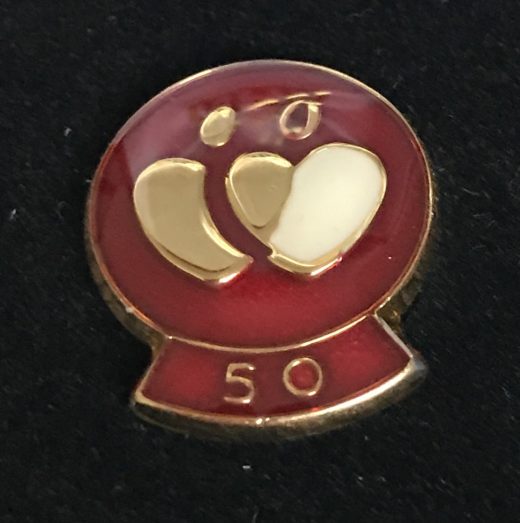 I recently encountered an unexpected benefit for being a blood donor. A few weeks ago, I made my donation, as usual – quick, painless as I would expect. Shortly afterwards, I received a letter from the Blood Transfusion Service. I was aware that they screened donated blood for a variety of things, but it never occurred to me that they might find something! In this case, it was not too worrying. My blood showed evidence of a disease that is usually symptomless and harmless in healthy adults and, indeed, I had no signs of illness. They check blood as it can be harmful to pregnant women and people with compromised immune systems. I cannot pass the disease to anyone else in other ways and it is probably out of my system by now. It is most commonly contracted from eating pork [I can see my Jewish friends smiling to themselves …]. The only real effect on my life is that, as a precaution, I cannot donate for 6 months.

It seems to me that having my blood screened for “nasties” 3-4 times a year, at no cost to me, is quite a good reward for making the effort to donate.

Quality Considerations of Open-Source Software for Medical… January 17, 2022 Traditionally, software intended to run on a medical device was expected to be written by companies well versed in writing…
“Software of unknown provenance (SOUP) – The first course of… April 14, 2022 Today’s medical device manufacturers are faced with several challenges: developing innovative devices connected to in-home, hospital, and office networks and…
Medical Devices MUST Be Secure September 24, 2021  I recently had the opportunity to present in a Webinar focusing on security needs of medical devices along with Patrick…

3 thoughts about “A reward for donating blood”

This article first appeared on the Siemens Digital Industries Software blog at https://blogs.sw.siemens.com/embedded-software/2017/11/23/a-reward-for-donating-blood/