Everybody loves Apple. Well, not quite everybody. I was skeptical for a long time and I am still not uncritical, but it is fair to say that the company and their products are widely held in high regard. This explains why they are the richest company in the world, I suppose. When a new product is announced, there is a big flurry of excitement and everyone discusses just how successful it will be.

Historically, the company has had products that have been less spectacularly successful and, even nowadays, not everything is rosy …

Without doing any detailed research, relying solely on my [limited] memory, I can bring to mind three Apple products that did not really make it:

Of course, all modern Apple products are great. I have an iPad Air 2 and can’t really imagine a better tablet. My iPhone 6 is wonderful [do I need to upgrade?]. I had developed a strong dislike of laptops over many years, which has been cured by getting a MacBook Pro. My iMac is hands-down the best computer I have ever used. Having said all of this, it is this last computer that shows some wrinkles …

When I was planning my transition to Mac, the first thing I did was buy a MacBook pro. I quickly concluded that this was a great way to go, as it just worked beautifully. I had always disliked trackpads on laptops, but, on the MacBook, it was very well implemented and I quickly became very comfortable with the multi-touch gestures etc. In due course, when I placed the order for my iMac, I had a choice of the trackpad or Magic Mouse. After using the MacBook, the trackpad seemed like the obvious choice.

I was to be disappointed. The trackpad was awful. Although the multi-touch features were OK, the “click” functionality was very primitive. It only has one pressure level and requires quite a lot of force, resulting in a “ker-plunk” sound, which is annoying. Worse still, it is only possible to click in the lower half of the pad, which is a real pain. In due course, having established that I did not have a faulty device, I ordered a Magic Mouse, as this was supposed to handle all the gestures. But I did not like that either. As a mouse it was OK, but the touch sensitivity was too variable – sometimes too sensitive and, at other times, not sensitive enough. I did not know what to do and started looking at third-party options. 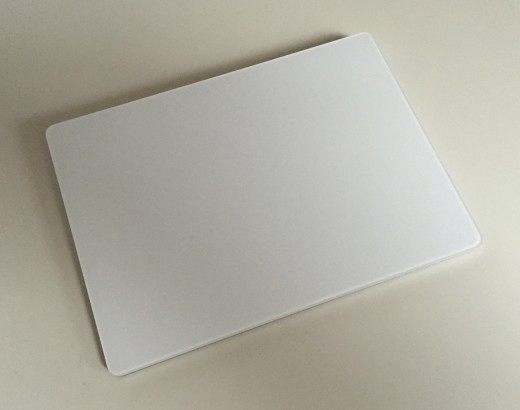 Then Apple came to the rescue and announced the new Magic Trackpad. I read the reviews and went into an Apple store to try one. I came out of the store with a small box in my hand and a promise from the sales guy that, if it did not satisfy me, a refund was forthcoming. I think he knew that he was on safe ground, as the new device is just what I wanted. I would say that its functionality is close to perfect.

This has made me wonder about the new keyboard. Do I need one of those? If anyone has experience and can offer advice, please comment, email or contact me via social networking. Thanks.

Security of Medical Devices – A Changing Regulatory… March 2, 2022 Over the past two decades, medical devices have been increasingly likely to be connected to the outside world using Wi-Fi,…
Medical Devices MUST Be Secure September 24, 2021  I recently had the opportunity to present in a Webinar focusing on security needs of medical devices along with Patrick…
Safety Certification of Software Modules – What and Why is… July 14, 2022 Standards apply to products, services, and everything in between. Products, processes, services and even people can be certified. According to…

This article first appeared on the Siemens Digital Industries Software blog at https://blogs.sw.siemens.com/embedded-software/2015/12/17/apple-getting-it-right-and-getting-it-wrong/