Today, I am continuing my “Six of The Best” series and looking at my six favorite cities. I am not really a “city person” – more of a “small town boy”. I much prefer to live in a more compact place, where I know people around around me, but have good transportation connections to the rest of the world. But I know that many folks – young people in particular – love to live amongst the bustle of a big city. But that is not for me.

However, I have traveled quite a lot – both business and leisure – and cities can be fun places to visit and, with some thought, I have favorites …

There are many towns and cities that I like, so it was hard to narrow it down to a top 6, but here is what I came up with: 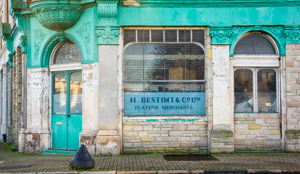 Although London is quite accessible to me – only a couple of hours on the train from the station at the end of my street – I am an infrequent visitor. Maybe 2 visits per year is typical. The central part of the city is quite compact and easy to get around on foot. There are lots of interesting districts – examples are Camden, Shoreditch and Brick Lane – which are easy to reach on the underground train system [“The Tube”]. Typically we would travel up to the city and stay a night or so, primarily for a specific event, like a show. While we are there, we explore. Last time, for example, we took a walking tour looking at “street art”, which was really fascinating.

I have visited Boston a handful of times, always on business. The city has quite a European feel to it and I was very impressed when my hotel concierge told me that there are no “no go” areas day or night – that must be unique for an American city. Boston is quite compact and mostly flat, so getting around on foot is easy enough.

On my first visit to the US – nearly 30 years ago – I was working in Silicon Valley. On my first free day, I drove into San Francisco as I was determined to see the Golden Gate Bridge. After all, I did not know whether I would ever visit there again. I have now been there countless times, but never tire of the city in general or the bridge in particular.

I guess that Berlin is almost unique on this list because I have only been there briefly once on business, but we have been there for 5 or 6 short vacations. There is something that we find appealing, which I believe is a combination of having some friends there, finding a very good, but reasonably priced hotel and general familiarity. A particular pleasure of some recent visits has been to take bicycle tours. A bike is a great way to get around, as there are almost no hills. 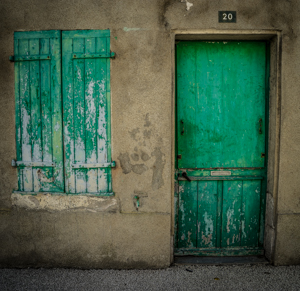 Bearing in mind that it is one of the foremost tourist destinations in the world and it is quick and easy to get to from my home, it is surprising that I have never been to Paris as a tourist. I have made numerous business visits and seen some of the sights, like the Eiffel Tower and, my favorite, La Grande Arche de la Défense [which I put alongside the Golden Gate and the Pyramids at Giza as the most amazing structures in the world], but I have never spent much time there. I must fix that. 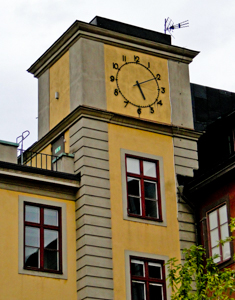 Another city that I have visited numerous times on business and also spent some vacation time in. I have a lot of affection for Sweden as a country and have a number of friends there. I like being near the water and it is never far away in Stockholm. I recall reading that there are more bridges in Stockholm than there are in Venice.

Security of Medical Devices – A Changing Regulatory… March 2, 2022 Over the past two decades, medical devices have been increasingly likely to be connected to the outside world using Wi-Fi,…
OFF-TOPIC: The focus on food December 10, 2020 In this extraordinary year, many people have been thinking about food. Some do not have enough - which, in rich…
OFF-TOPIC: The history of today March 18, 2021 When I was at school [a long, long time ago!], I really could not see the use, or more specifically…

This article first appeared on the Siemens Digital Industries Software blog at https://blogs.sw.siemens.com/embedded-software/2014/09/25/six-of-the-best-cities/