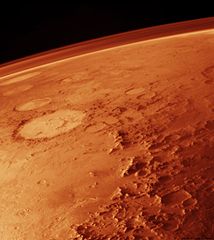 Quite a while ago, I mooted the idea of a one way trip to Mars, as I was disappointed that it seemed unlikely that a person would set foot on the red planet during my lifetime. And then I heard about Mars One – it seems that somebody else had the same idea. Since then, I have been monitoring any news on this topic.

And now, it looks like there really is progress …

It seems to me that there are three issues with getting people on Mars:

Reading a recent story about Mars One makes me think they they might just make it.

There must be some suitable candidates among the 200,000 people who have applied so far. Surely they cannot all be suicidal crackpots, can they? The recruitment process continues, as the planned project will need a steady flow of new recruits.

I suppose the finance might work. Certainly the TV rights for the first landing are likely to be astronomic [sorry – bad pun]. I do wonder what the ongoing finance thereafter would be. If we try to learn from history [we never do, but let us pretend], after Apollo 11 the interest in the Moon landings continued, but began to wane [sorry – another bad pun] after a few years, so Apollo 18 etc. [literally] never got off the ground.

In many ways the transportation technology does not seem so hard. It has always been said that taking kit for the return journey was the difficult bit and that has been eliminated. After all, we have successfully sent a lot of unmanned kit in that direction. Just this week India has joined the party.

The technology for survival and, eventually, to be self-sustaining, is much more challenging. But much research has been done and I do not see any laws of physics in the way.

If Mars One can get anywhere near their planned timetable, I may live to see it without needing any ridiculous longevity ambitions. [I am reading a (fictional) book featuring an 100 year old man, so nothing seems impossible.]

Now mankind, over the next couple of decades I would like to see: fusion power, teleportation, warp drive, a cure for cancer and world peace. That is all.

Medical Devices MUST Be Secure September 24, 2021  I recently had the opportunity to present in a Webinar focusing on security needs of medical devices along with Patrick…
OFF-TOPIC: Musing on handedness January 28, 2021 I have always be fascinated by the concept of being right- or left-handed. Almost all of us have this asymmetry…
Security of Medical Devices – A Changing Regulatory… March 2, 2022 Over the past two decades, medical devices have been increasingly likely to be connected to the outside world using Wi-Fi,…

This article first appeared on the Siemens Digital Industries Software blog at https://blogs.sw.siemens.com/embedded-software/2013/11/14/mars-again/