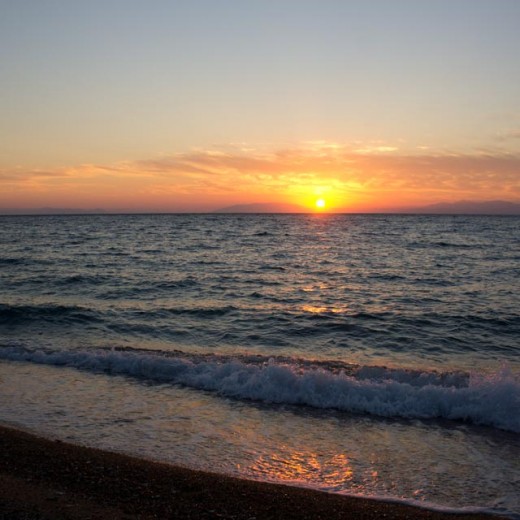 If everything goes according to plan – the airline etc. do their job and the WordPress blog publication scheduler works – by the time you read this, I will be off for a week’s vacation. Or “on my holidays”, as we Brits prefer; my wife’s friend invented the word “jollydays”, which I rather like. So, yes, I’m off on my jollydays!

There are many Greek islands which are destinations for vacation. Lots of them are highly developed, with many night clubs and entertainments. Kefalonia is a bit different, as it is relatively undeveloped. Depending on which town you look at, there are places to eat and drink, lovely beaches and rather wild countryside, but a distinct dearth of night clubs. My kind of place. I do not understand why you would travel to a hot sunny place, then stay up so late at night that you sleep all through the day. Each to their own.

Kefalonia [which can be spelt in a variety of ways, including Cephalonia, because there is no direct mapping from the Greek alphabet] is famous for two reasons. It was one of the places most badly hit by the Ionian earthquake of 1953; most of the island’s buildings were destroyed and the traces are there to this day. It is also known as “Captain Corelli’s Island”, as it was the setting for the book and movie “Captain Corelli’s Mandolin”; this is mentioned from time to time in the tourist literature.

On my first visit to the island, I decided to go to a different restaurant in the town [Skala] every night. This did not last. On the second night, I came across a place – Socrates Taverna – that looked nice, which had a “specials” board outside. It said “rabbit – cooked the Greek way”. The food was very good and the place really friendly, so I ended up going there every night. By the end of the week, the waitress would no longer give me a menu and just checked that I was OK with the special [and what color wine did I want?]. I learned that she and her brother did serving, their mother did the cooking and their father made wine and shot things [like the rabbit]. This was a happy memory of that vacation.

I returned last year with some trepidation, as I was hoping the island would be just as nice as I had told my wife. Fortunately, the place delivered – which is why we are returning this year. I was reluctant to go to Socrates again, as I was sure that it would have changed. However, I was brave and we went there. It looked much the same and the food was very good. No sign of the waitress, so I asked the man who served us. He told us that she was his sister and she now worked at their other place down the road and his mother was still in charge of the kitchen, his father still supervised wine making, but was not considered safe with a gun any more. Plus ça change …

So, what will we find on this trip?

Safety Certification of Software Modules – What and Why is… July 14, 2022 Standards apply to products, services, and everything in between. Products, processes, services and even people can be certified. According to…
OFF-TOPIC: 12 things done or not December 17, 2020 Each year I make a list of “things” that I plan to do. You might call them “goals”, but I…
OFF-TOPIC: The countdown to Phase 3 March 4, 2021 It was about 18 months ago that we decided on a schedule for retiring or, as I prefer to think…

This article first appeared on the Siemens Digital Industries Software blog at https://blogs.sw.siemens.com/embedded-software/2013/09/12/on-vacation/