The close of DesignCon features the Best in Design & Test Awards. The awards span a variety of categories from design tools, to test, to validation and fabrication. We joined a few dozen other eager folks in the Chip Head Theater for the presentation of the awards.

Since there was no one available from the Xpedition flow, all eyes fell on me to accept the award, should we win. Now, I’m more of a support person, so either the other guys were bashful or they were throwing me a bone. Whichever, it was appreciated! 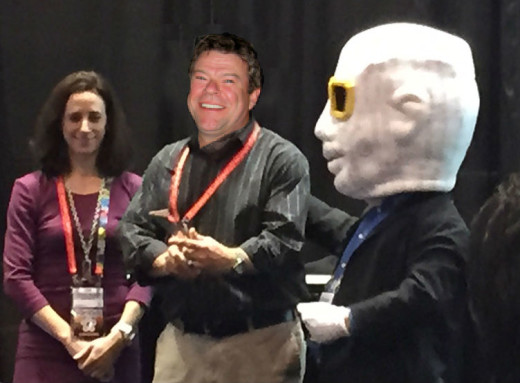 I have to be honest and tell you that I think the DesignCon mascot is one of the goofiest I’ve seen, but it’s been going on for years, so maybe that’s just me. The whole idea of a mascot for electronic design and development is a bit odd anyway.

When the category of Board and System Design & Simulation appeared on the screen, it was clear that Mentor Graphics would win. Sure enough I felt a couple of friendly pushes and headed forward, where I got to shake hands with…yep, Chip Head. I had a great time accepting the award on behalf of the folks who actually did the work, and I’ll always treasure the photo of Chip Head and I. 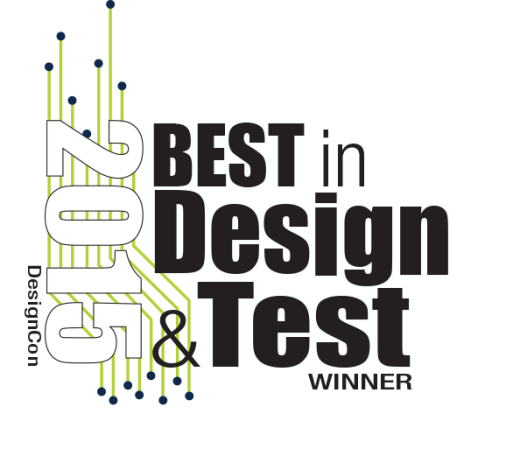 This article first appeared on the Siemens Digital Industries Software blog at https://blogs.sw.siemens.com/electronic-systems-design/2015/02/05/xpedition-enterprise-wins-best-in-design-test-award/