The auto industry in 2016 is as dynamic as ever, suggesting a market with astonishing momentum. Buzz surrounds the coming launch of the Chevy Bolt, the first highway-capable EV with a 200-mile range. The internet is full of images of preproduction Bolts captured in the wild in southeast Michigan and beyond. 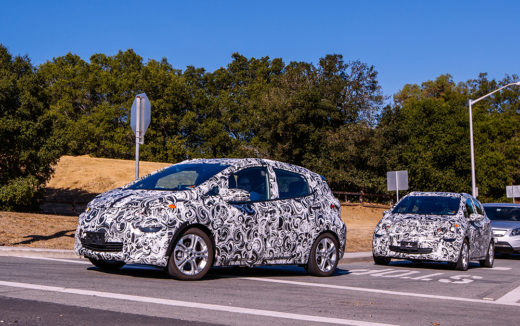 By 2020, Ford says it will have added 13 new EVs and that more than 40% of its global nameplates will be available in electrified versions. According to various estimates, between one and two million EVs will be sold worldwide between now and 2020. By then, the worldwide fleet of EVs and PHEVs will stand at 17 million, according to Juniper Research, with more than half of those vehicles in China. Tesla, it seems, is not alone in its mission to accelerate the world’s transition to sustainable energy. Though don’t expect Elon Musk’s company to relinquish its hold on the world’s imagination anytime soon, based on the eye-popping number of pre-orders (more than 400,000) for its Model 3.

The centrality of the weight/cost problem in automotive design is probably one reason the big EDS tool vendors, Mentor among them, have remained more or less the same even as new automotive OEMs and brands have appeared on the world stage. The features demanded most — help reducing given-away circuits, minimizing heavy wires used in high voltage applications, reducing development time, offering a means to simulate/validate increasingly complex designs, delivering systems and wiring information to the service bay — are similar whether the customer is in the Silicon Valley or Detroit, Stuttgart or Shenzhen.

What has changed, and often dramatically, is culture. The auto industry, of course, has welcomed a handful a highflying startups and well established players are incorporating ICT as never before. Indeed, many have noted how the automotive development cycle is speeding up and is destined to adopt the much faster cycles in the hardware and software industry. Talking about the over-the-air autopilot software update released to Tesla drivers last fall, Musk told Los Angeles Times reporter Jerry Hirsch: “We really designed the Model S to be a very sophisticated computer on wheels… Tesla is a software company as much as it is a hardware company. A huge part of what Tesla is, is a Silicon Valley software company. We view this the same as updating your phone or your laptop.”

Beyond the obvious example of startups, this culture change is probably most apparent in those teams working on ADAS technologies in vehicles of all types, EVs and otherwise. Automatic parking, collision avoidance, pedestrian protection and so on all are becoming standard fare, in the process paving the way with consumers and regulators for fully autonomous vehicles. McKinsey predicts that by 2030, up to 15 percent of new vehicles sold could be fully autonomous.

The link (or not) between ADAS and autonomous

Mentor senior application engineer, Hugh Bazzi, is among those who see a big technological discontinuity between current and near-term ADAS technologies and the future where cars inevitably will drive themselves. The technological heart of self-driving cars — a powerful virtual driver that handles sensing, path planning, path following, mapping and decision-making — is different in kind than the mostly peripheral ADAS technologies available today. “One main thing that we need to keep an eye on is the interface of that virtual driver with the autonomous vehicle platform that we’ve been building for years and years,” said the Novi, Mich.-based Bazzi in his IESF presentation earlier this summer.

One way to consolidate functions and reduce electric component count is to combine multiple complex domains via a hypervisor, which allows multiple applications to share a single ECU. “You want your (safety-critical) AUTOSAR communications to survive if something bad happens to your infotainment,” said Andrew Patterson, a director of automotive business development for Mentor based in Newbury, England, explaining the benefits of a partitioned architecture. Patterson co-presented with Bazzi at IESF along with our colleague Paul Johnston, whose own take on the session and autonomous driving in general is definitely worth a read.

This article first appeared on the Siemens Digital Industries Software blog at https://blogs.sw.siemens.com/automotive-transportation/2016/08/25/the-link-or-not-between-adas-and-autonomous/