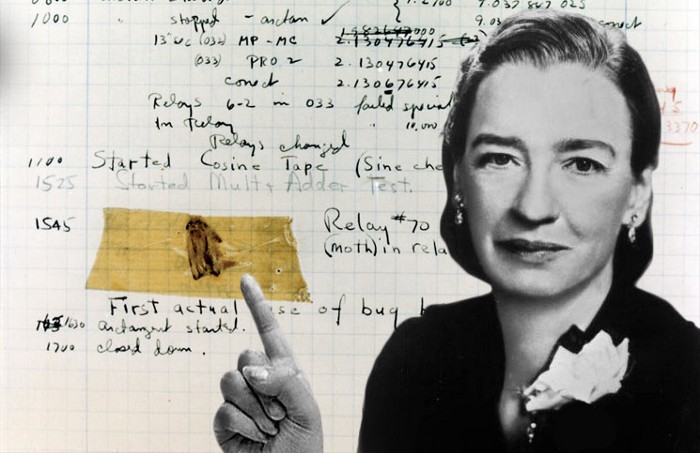 It is the first step to improve your verification productivity

The term “debugging” originated from an interesting incident in the 1940s when Admiral Grace Hopper, a US Navy scientist was working on a Mark II computer at Harvard University. Mark II used high-speed electromagnetic relays instead of the electro-mechanical counters used in the Mark I, making it much faster than its predecessor. One day the computer operation was disrupted, and when Grace’s team traced the cause of the problem, they found an actual bug (a moth) that got stuck in one of the relays. When the insect (bug) was removed, the computer returned to its normal operation – whereupon she remarked that they “de-bugged” the system. On September 9, 1947, this moth was taped to the computer’s logbook, with the note “first actual case of a bug being found” 😊

Fast forward to today, a recent Wilson Research Group study highlights where verification engineers are spending their time. They are involved in Test planning, Testbench development, Running simulation, and Debug. Out of all these tasks, debug is the most critical as it consumes more than 40% of their time.

For fast turnaround and to iron out preliminary bugs most verification engineers rely on higher abstraction in their verification methodology such as the use of real number model (RNM). This empowers the verification engineers to describe an analog block as a discrete floating-point model and enable it to simulate in a digital solver at near-digital simulation speeds. In a design, when an RNM block interacts with a standard logic block, signal conversion happens, and “real to logic” and “logic to real” boundary elements are inserted by the digital solver. The same is true in the case of a mixed-signal simulation when SPICE interacts with Logic or RNM blocks. The mixed-signal simulator inserts an “electrical to real” or “electrical to logic” boundary element. As the design hierarchy and complexity grow, the number of interactions increases, and it becomes cumbersome to debug these boundary conversions.

Why did Siemens EDA acquire Fractal Technologies? May 25, 2021 We are very excited to announce Siemens EDA’s acquisition of Fractal Technologies last week, adding Crossfire to the Solido portfolio of IP verification and characterization tools, accelerated with machine…
A Powerful Analog Verification Platform for Samsung… January 21, 2022 Image: Courtesy Samsung Foundry Having done IC development for over two decades, I can appreciate the complexities of foundry processes…
Semiconductor renaissance in the making January 1, 2023 As the new year ushers in, so do resolutions for change requiring strategic planning. Converting visionary intentions into effective execution…

This article first appeared on the Siemens Digital Industries Software blog at https://blogs.sw.siemens.com/amsv/2021/09/29/the-story-of-debug/