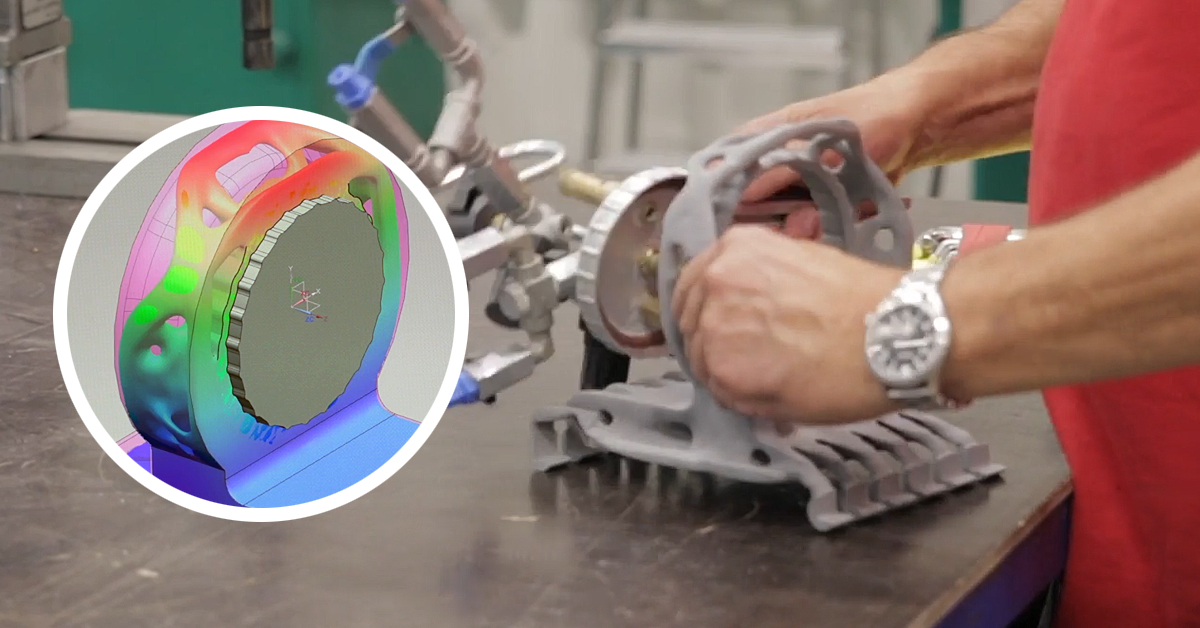 You know, one of the best things about my current position here at Siemens is getting the opportunity to introduce the public to the awesome things our customers are doing with our software.  Over the years, I’ve talked with people from numerous large corporations about their use of and desire to use additive manufacturing.  But it’s often talking about additive with the smaller companies that I really enjoy.  These companies aren’t household names, but they’re often pushing the envelope just as hard, doing amazing things with limited budgets, small staffs, and boundless creativity.

In many countries, there is a tradition of family owned businesses being passed down generation to generation.  Children are brought up from childhood with the understanding that the keys to the company would eventually be passed to their hands.  This tradition is especially prevalent in Germany where these companies are generally called “Mittelstand”.  Mittelstand are small to medium sized companies, but the term denotes a set of values as much as it does a corporation type.  These companies are multigenerational, tend to focus on long-term relevancy rather than short-term profit or growth, and in most cases treat their employees more like family than a resource.  The result is often a small, customer-focused business with a commitment to quality and employees that burst with pride at what they do.

We have occasionally featured Mittelstand companies before, since many of these companies augment their additive manufacturing prowess with the use of Siemens software.  One such company is Modellbau Kurz who has focused on plastic printing using the HP Jet Fusion technology.

Modellbau Kurz uses their expertise in plastic production to help companies design and prototype new products.  Their ability to quickly iterate on designs and to produce high quality prototypes has made them a go-to company in the European prototyping world.  They use Siemens NX to help them design, optimize, and prepare the parts that are eventually printed using HP Jet Fusion technology.  The strength of Siemens software and the speed of the HP printing process allows them to produce their customers’ parts as much as four times faster and at lower cost.

Large, enterprise companies often get a lot of the press when they do something new, but I find that these smaller companies are often deeply innovative as well.  The mix of strong family-centered values, and willingness to plan for the long-term future, makes Mittelstand companies like Modellbau Kurz well prepared for Industry 4.0 and beyond.  I can’t wait until I can travel to Europe again to talk additive with another family-owned firm.  Their enthusiasm for the future, and their commitment to innovation make every conversation interesting as you can see in our video with Modellbau Kurz below.

Maximize Additive Manufacturing with the Cloud-Based AM… December 7, 2020 Additive manufacturing is opening new doors to more individual designs and a lot-size of one production.
Happy Holidays from the Siemens Software AM Team! December 10, 2020 A gift for you from Siemens Digital Industries Software.
The Siemens Vision for Convergent Modeling – Proof Point:… December 9, 2021 You may have recently seen that our partner, Materialise, announced that they will be adopting Siemens’ Parasolid modeling kernel in…

This article first appeared on the Siemens Digital Industries Software blog at https://blogs.sw.siemens.com/additive/smes/