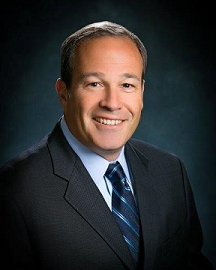 Great leaders always seems to have the same effect on those who work with them. Their ability to inspire and take charge of any situation leaves everyone asking themselves ‘how can I become like that?’ As the executive vice president of Global Sales, Marketing and Services at Siemens, Robert (Bob) Wayne Jones often evokes such questions. This month, we had the opportunity to sit down with Bob Jones and hear the story of his career from technical leadership to corporate leadership.

Growing up in a rural community in the central area of Michigan, Bob Jones had always known that engineering was the path for him. Even as a middle school student it was evident that he was interested in understanding as much of the world and how it worked as he could. To do this Bob took a hands-on approach. While the older kids in his community got to work on carburetors and car engines, Bob channeled his love of hands-on learning to a bike.

“I was always tinkering with stuff. There was an old mini bike that didn’t work, so I got it to work on it and soon enough I had myself a new bike…It had no brakes on it so by the end I had no bottoms on my shoes, but it worked.”

His natural wonder of how things worked and love of hands-on learning continued well into his high school years where he began to apply the engineering fundamentals he learned as he gained real-world experience working for a local construction company. By the time his senior year of high school rolled around, Bob knew without a doubt what he wanted to do with his life.

“During my high school years, I was always building, fixing or tinkering with something. To me, I couldn’t imagine a different curriculum other than mechanical engineering because it felt like understanding how things worked, how machines worked, understanding why structures were designed the way they were. I was just a hands-on learner.”

While he knew what he wanted to study, now it was a matter of where. Weighing his options, Bob chose Western Michigan University for its excellent education and full university experience. Over the next four years, Bob built mechanical knowledge and skill and also an interest in software development. During his junior year, Bob’s hands-on learning approach would take him outside of the classroom and help him start his career with an internship at the Eaton Corporation in the transmission division. This would be the role that introduced him to the combination of mechanical and electrical engineering and ignite his interest into the developing industry of software.

After receiving his bachelor’s in mechanical engineering, Bob pursued a master’s degree in the growing field of software. “I really wanted my master’s, but I didn’t have the financial ability to pay for a master’s myself, and I wanted to study software development. So I narrowed my search down to two schools. Both accepted me, but Virginia Polytechnic offered me a full ride and a graduate project assistantship. So, for me it became a very easy decision, I’m going to Virginia Tech.”

Virginia Tech would also be the place where Bob first encountered the importance of a digital twin and where he would develop his thesis around non-uniform rational b-splines (NURBS), which plays a significant role in how CAD design is developed today. The focus of Bob’s research was to create a geometric image from data provided by NASA that accurately represented where the fuselage and wing intersected.

After graduating from the Virginia Tech, Bob would begin his career with Johnson Controls in the Automotive Systems Group. Eventually, he became a chief engineer at the company. The experience he gained as a chief engineer has helped Bob realize just how important and beneficial PLM software can be to a company.

“Working as a chief engineer, it’s really all about the amount and complexity of information. Siemens products now allow us to gain access to information we need and only the information we need. If not, we could lose a lot of the day looking over extraneous information. It is incredible how fast you can find the things I need with a tool like Teamcenter.”

After developing a successful career as a chief engineer with Johnson Controls, Bob would make the career transition from a technical role to business development and leadership role with Siemens as an account executive. Bob’s technical experience and natural leadership skills helped him rapidly advance his career. Throughout his career with Siemens, he has held a number of leadership roles in both sales and marketing. His responsibilities have included direct and indirect sales and marketing strategies for the Siemens PLM portfolio to the automotive and supplier industries.

Today, Bob’s responsibilities are focused on the company’s sales and marketing on a global scale. He works in partnership with sales leaders around the world to identify and capitalize on corporate, industrial and global opportunities. Bob’s role along with his vast amount of technical and business experience has given him a unique perspective to see industry trends.

“Students today need to know there’s no such thing as just a mechanical system or electrical system or even software. The future is in the convergence in all those domains. What most companies want to know today is how does one design in the context of a system that is mechanical, electrical and has software.
It’s a multidimensional domain for students. Machines today are complex; they combine electrical, mechanical and software altogether, so students need to have an understanding of all three.”

Bob’s advice for future technical or business leaders is simple:

“Make sure you’re doing some kind of internship for practical application. Take on a job that seems like a cool challenge and do it to the best of your ability.”

Bob’s hands on approach has helped him build both a successful technical career and business career. To begin building your own career success, check out a few of the real-world competitions Siemens partners with and Siemens PLM Software leaderstoday.

This article first appeared on the Siemens Digital Industries Software blog at https://blogs.sw.siemens.com/academic/the-career-journey-of-bob-jones-executive-vice-president-of-global-sales-marketing-and-services/