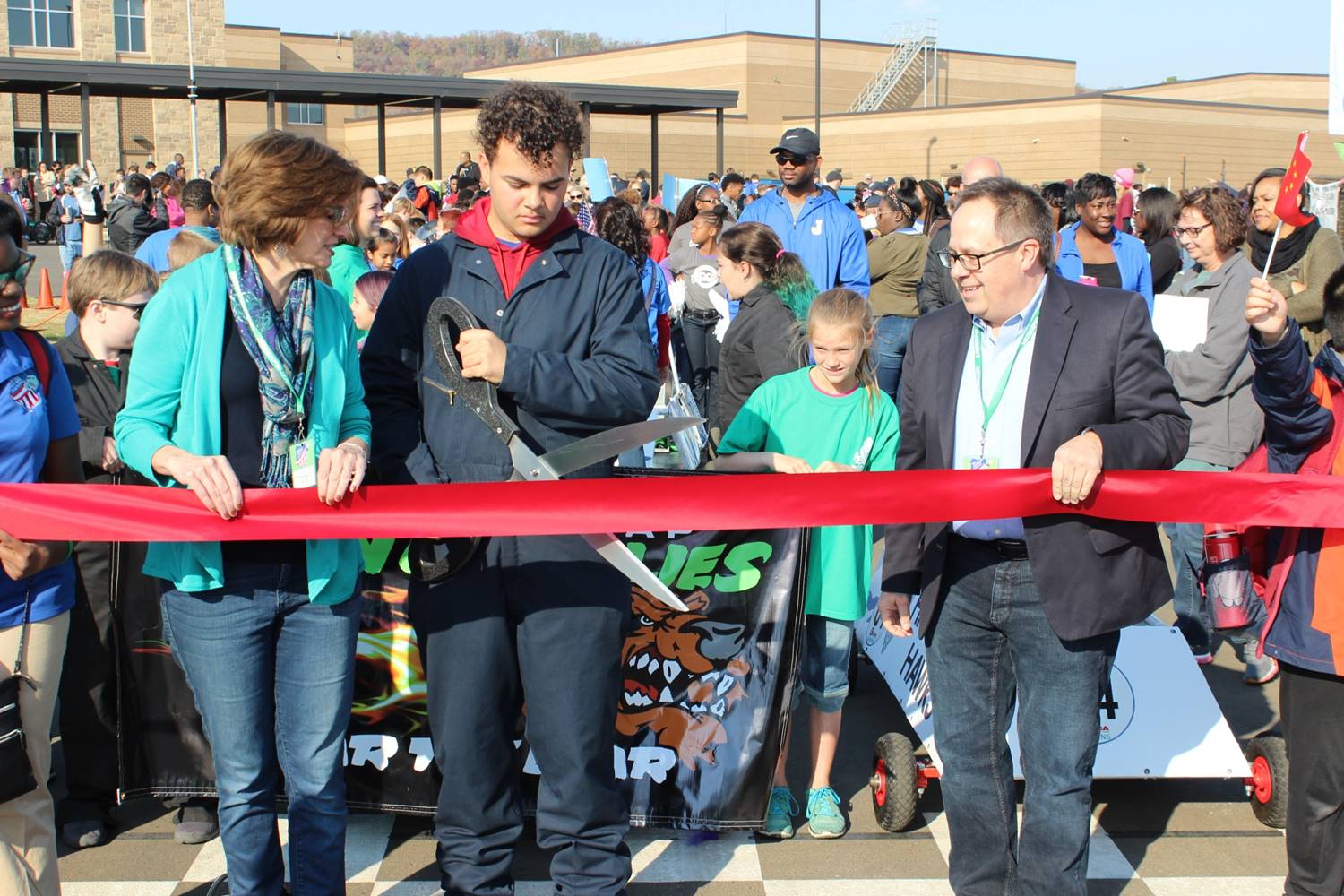 Many of the teams who took spots on the podium at this year’s race were familiar to the crowd. Cullimore Racing swept Formula 24+ category and Renishaw took first place in the Corporate Challenge.

The Renishaw team credits part of their success in the Corporate Challenge to Siemens PLM Software, including NX and Teamcenter.As team member, Matthew Hunter explains, “The NX user interface is very user friendly with some of the new apprentices with no NX experience being able to produce simple models with relative ease.”

The body of the car was modeled in NX using the “through curve” tool. Each individual sketch has splines forming the main shape of the body. The splines are associated so that only 2 dimensions need to be changed in each sketch rather than all of them. Slight variants on the same concepts can be made quickly and easily. The apprentices can then put iterative models through the virtual wind tunnel and develop a design very quickly.

Teamcenter is used for CAD models and assembly revision control. As Matthew elaborates, “Using Teamcenter allows everyone to work from the up to date model and not produce anything from an old drawing or model. It also allows anybody to access any model that has been produced.” David Cullimore continues to receive accolades for his custom build Jet II Greenpower car designed in Solid Edge. In addition to the IET Formula 24+ 2016 Championship, David received a special recognition from the Institution of Engineering and Technology (IET). David received the IET Engineering Award for overall design and optimization of all areas of the car to maximize performance. IET noted specific JET II’s new features including using motor cooling fan for improved rear end aerodynamics to recover losses of the shorter tail. The inaugural Jaguar Classic at Jemison High School in Huntsville, AL was held on Saturday, November 12. A ribbon cutting before the race introduced the specially built Greenpower race track integrated into the design of this new Huntsville City School to the public. The Sports Car Club of America members provided “scrutineering “for this event. Over 35 teams from around the state with three visiting teams from China and Scotland gathered for event. Patriot Racing from Bob Jones High School won both 1st place in the high school division and the Championship trophy which combines their win with a 100% score on their team presentation. Improving on their design from the spring race, some of the upgrade parts were designed in Solid Edge and 3D printed. Their car was very well “tuned” to handle the 20 foot hill while maintaining and average lap speed of over 24 MPH for most of the race. See David Cullimore’s presentation at Solid Edge University. David talks about his journey from Greenpower student to engineer at Prodrive.

The 2016 International Final video can be viewed here, and photographs from the races are now on the GreenpowerUK Facebook page and the Huntsville City School Facebook page.

Greenpower will be racing at the iconic Indianapolis Motor Speedway on May 24th, 2017.   Learn more about the incredible opportunity for middle and high school students.

To find out more details about Siemens involvement with Greenpower and the tools and resources developed to support the project see our Ambassador Pack and Projects & Competitions page.

This article first appeared on the Siemens Digital Industries Software blog at https://blogs.sw.siemens.com/academic/greenpower-electric-car-challenge-races-around-the-world/