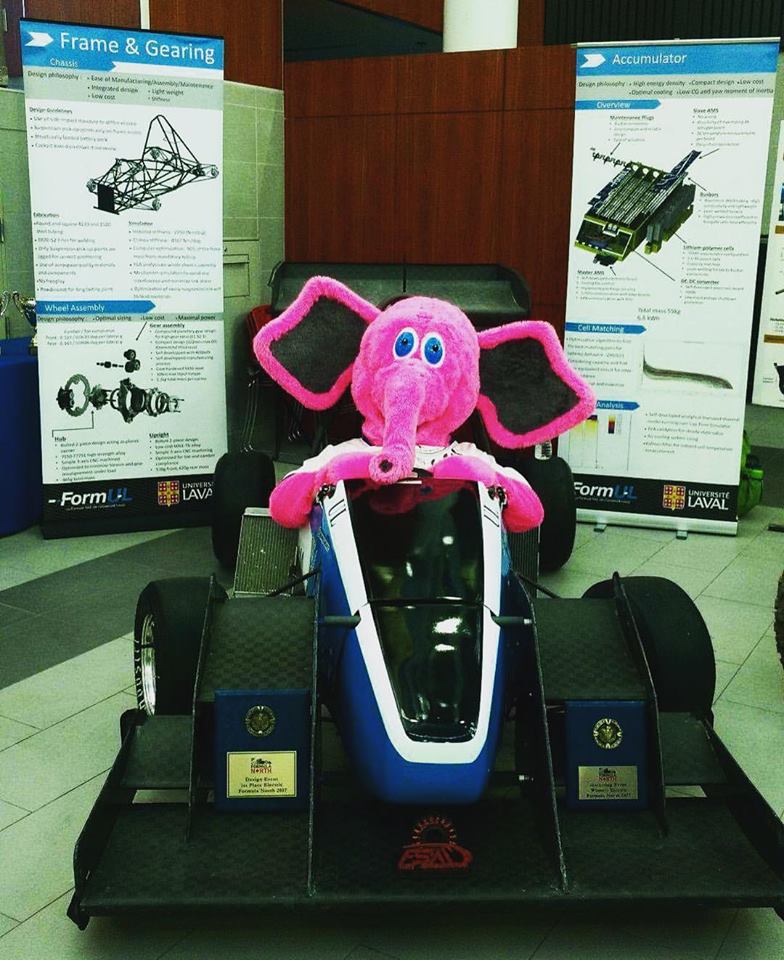 This year Siemens was proud to sponsor, once again, the
Formule SAE de l’Université Laval team. According to this winning team, “Star CCM+ is an excellent tool for student teams because of its great accessibility for new users, its great precision and because of the huge knowledge database available in the STEVE portal”, says the team’s Technical Director, Pierre-Olivier Lachance.

The Laval team used STAR-CCM+ and SPEED not only for designing their wing profiles, but also to verify and test other systems such as heat generation in electric motors and airflow passing through the battery pack.

The 2017 season was pivotal for this team. After a successful first prototype in the electric category in 2015, Laval returned to the combustion category for the 2016 season

and relaunched the electric Formula project in 2017, this time for good. With a young team that had little experience, as the majority had not competed in the first electric season in 2015, they had a lot of work to do to get the vehicle performing at its best. They tackled several projects in order to improve the performance and reliability of the car, realizing a new cooling system and a new surface-mounted permanent magnet rotor for their 100% self-developed motors, and a complete new design of the battery pack with emphasis on its thermal aspect. The team’s hard work and great use of resources led to a 1st place win in the Design event and 1st position for the Business Presentation at Formula North, thus placing them in 2ndplace for the overall electrical classification.

For the next year, the team plans to design a new battery pack with higher voltage using STAR-CCM+ and SPEED to model the heat transfer inside the battery pack.

This article first appeared on the Siemens Digital Industries Software blog at https://blogs.sw.siemens.com/academic/formule-sae-de-luniversite-laval-places-2nd-in-electrical-class-at-michigan-using-star-ccm-and-spe/