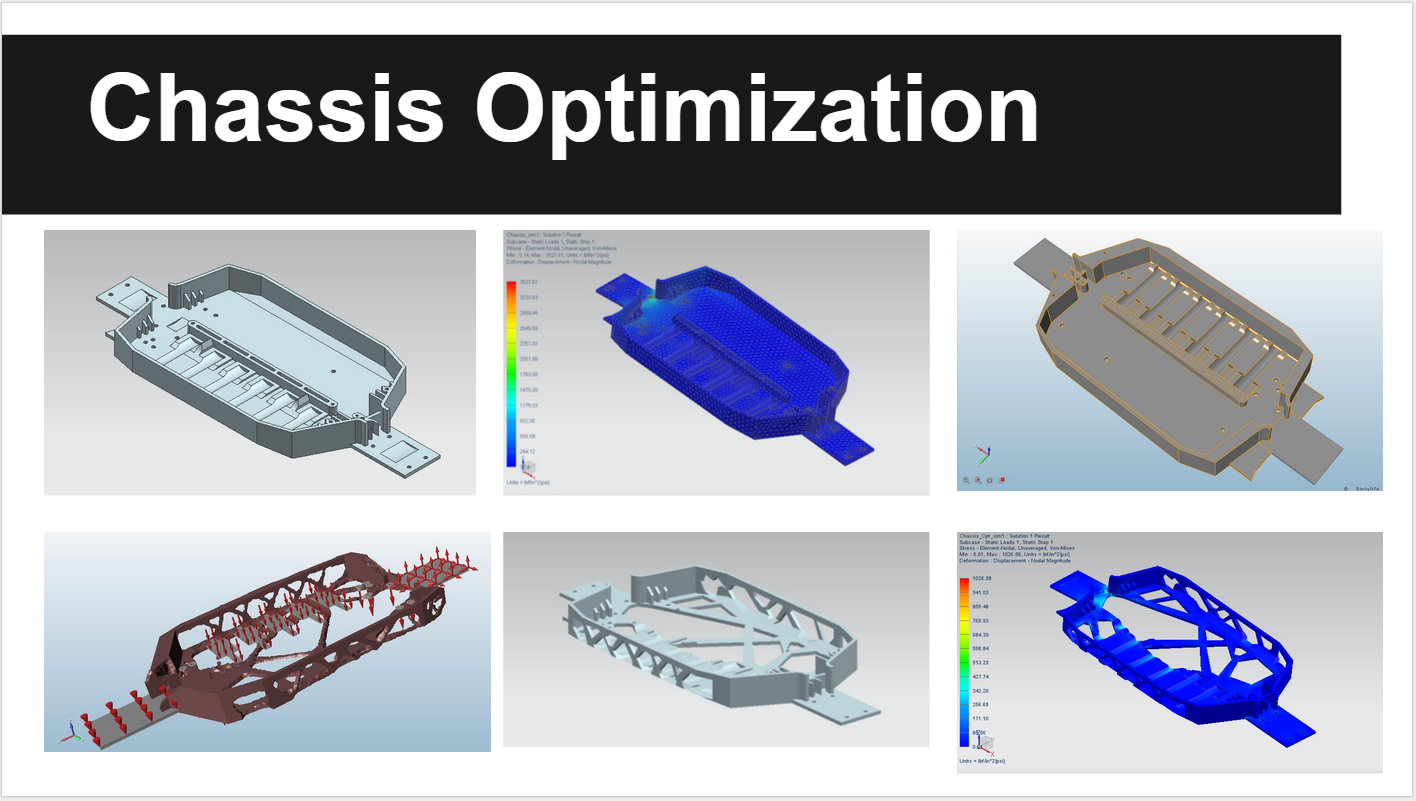 Each year, PACE (Partners for the Advancement of Collaborative Education) faculty initiate course competitions in more than 20 computer aided design, engineering graphics, computer aided engineering, and computer integrated manufacturing undergraduate courses at all levels. The PACE course competition can be readily integrated into an existing CAD/CAM/CAE engineering or design course that involves a student project using PACE software tools, no matter how elementary.

Over fifteen hundred students at more than 20 PACE Institutions interact with industry experts and receive feedback on their projects through PACE course competitions annually. Company

representatives witness first-hand the capabilities of students, potentially resulting in internship or employment opportunities. Company participants join the students either on campus, or

This is an overview by the students/team from BYU.

In the PACE project competition for BYU’s ME 471: CAE Applications team “NURBS” was given an actual RC vehicle and the challenge to re-engineer the platform of this vehicle. We began by creating parametric models for the parts, subsystems, and master assembly of the car using NX 9.0. This model then became the basis for the rest of the project; both parts and assemblies were analyzed using a host of CAE tools including Altair’s solidThinking topology optimization, Siemens NX and NX Advanced Sim for mass properties, motion analysis, and FEA. For CFD, the team used CD-adapco’s STAR-CCM+. As the parts were analyzed, optimized, and refined using these tools, the original CAD model was updated with the re-engineered parts. The final assembly was .108 lb lighter, a reduction of 6.25 percent, with comparable stress and strain.

As a team, we worked together to bring all of these different concepts together to produce a final product. The keys to our success were first, continuous collaboration, second, a robust parametric skeleton model based on the top down assembly modeling approach and third, members who put time into each task. The first and second keys were fundamental in bringing together our model of the E10 RTR Ford GT LM Race Car from HPI Racing. We decided on using a top down modeling approach because we wanted our model to be able to flex parametrically, update automatically, and have multiple users creating parts at the same time. We created the robust skeleton model first utilizing both wavelinking and interpart expressions and shared this model amongst the team members. Using the skeleton model, each member of the team then made their individual parts with their own instance of NX. Concurrently, as parts were created, we used NX’s Advanced Simulation feature to perform Finite Element Analysis on critical parts and subassemblies. Also, using other NX applications like Motion Simulation and Shape Studio, we were able to perform motion analysis and create other shell bodies for the car. Each individual member had jurisdiction over certain subassemblies and created their own individual car shell surface model.

When models needed to be pasted from one CAx application to another team NURBS would first investigate if a direct or kernel to kernel file transfer was available if not they would use STEP, IGES or stl depending on which provided the need results.

The critical difference that separated us from the rest of the pack was our focus on excellence in all areas of our project. No other group came close to the weight savings we were able to obtain using SolidThinking, or justify that those optimized parts had the same or better functionality using NX Advanced Simulation as well as we did. Our motion analyses were more extensive and complete, and one of our CFD simulations involved a bypass simulation that took three days to finish solving. Our renderings were painstakingly thought out with individual custom material properties, decals, and lighting. In short, team NURBS’ attention to detail and passion for greatness gave us the edge in the competition.

This article first appeared on the Siemens Digital Industries Software blog at https://blogs.sw.siemens.com/academic/brigham-young-university-featured-nx-software-of-pace-course-competitions/