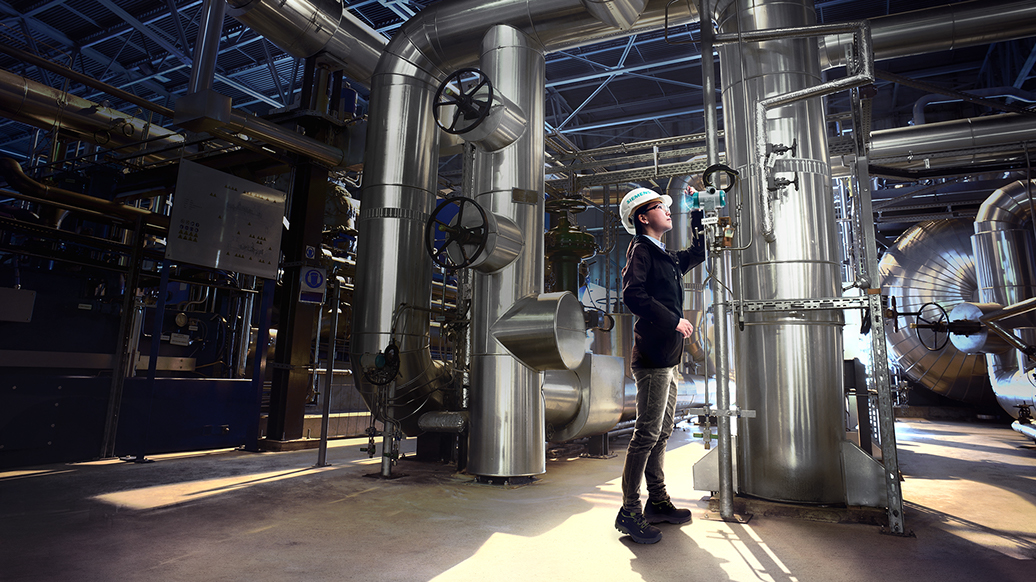 The definition of “design” is fluid, especially when it applies to products. It has evolved from “an arrangement of elements in such a way to accomplish a particular purpose” to include the service, environment in which it’s used and the human interaction with that product. This includes products which aren’t necessarily tangible, such as apps and services.

According to Harry West, Professor of Practice and creator of the curriculum on Human-Centered Design and Design Justice, believes there are four basic steps to the design process.

From a digitalization perspective, designers can use this process to create viable products for the marketplace. A comprehensive digital twin can allow for constant feedback in both the digital and real-world environment, leading to products optimized for performance.

West’s ‘get open’ concept stems from his time as a design consultant when businesses came to him and asked his team to help with the design of a new product. He would often ask if it was the best idea but found that this question was irrelevant because it was already budgeted for.

These were not usually human-centered product ideas yet because there were always potential issues. West would want to ensure the millions of dollars the businesses were investing was a good idea. It seems obvious but many companies try to mitigate risk by designing a new product first rather than initially determining what the market actually needs.

But West found it important to acknowledge at the beginning of the process that you didn’t know if it was a good investment yet, and that this had to be figured out.

“If you knew what you were doing, it wouldn’t be innovation. The essence of innovation is you don’t know what it is you’re doing. So, acknowledge it up front and accept the risk,” West shares on a recent episode of The Future Car: A Siemens Podcast.

Innovation isn’t about great technology but rather about solving problems. But first, you need to understand the problem. Customers are generally not going to tell you explicitly what they want. Instead, the designer should explore what’s important in the customers’ lives and get insights into what’s working or not working for them. From there, the designer can determine what the customer will want in the future.

Innovation comes from asking questions. So West asked, “What’s the better way to clean a floor?” in order to tease out which problem needed to be solved.

Initially, expert detergent chemists wanted to make floor cleaning detergents better, after spending a few hours with the moppers, they soon realized that there was nothing for them to do. That wasn’t the problem they needed to solve. Instead, Swiffer became a product that could pick up dirt extremely well but didn’t have to be cleaned. It became disposable and therefore a repeat business.

In the 1990s, West and his team observed how people cleaned floors, took note of their process and observed areas of opportunity. Through feedback and testing, he saw that people cleaned the floor, and then had to clean the mop. And the better the mop was at picking up dirt, the more difficult it was to clean the dirt off the mop.

Human-centered design starts with listening and observing potential customers before innovating the next great solution.

Digitalization to find and solve issues

Today, there is a relentless drive for quality because any problems regarding the usability of a product is no longer “the fault of the customer”, but rather the manufacturer. That’s because there are usually so many available resources to explain how to use a product, that if the customer still can’t figure it out, it’s the manufacturer’s problem.

Product designers must have access to as much feedback as possible during the development process to help optimize performance and keep costs low. Companies are even releasing minimally viable products (MVP), especially apps, to get feedback and see where they may be stumbling. Obviously, releasing a car has a high capital cost and wouldn’t be accepted in the marketplace as an MVP that needed constant updates and improvements.

With a comprehensive digital twin though, which combines the real world and digital world, designers can now access a wealth of continuous data and gain actionable insights that leads to better-informed decisions.

Products are also filled with complexity as more become smarter and connected. Designers must consider the varying domains, such as mechanical, electrical and software, to create a product that works cohesively and is beneficial to the customer. Removing the silos increases collaboration amongst design teams and helps ensure that all stakeholders work from a single source of truth.

Finally, in a report analyzing digital transformation initiatives, it was concluded that the most progressive companies created 20 percent fewer prototypes in development. This lowers the costs of designing, speeds up time-to-market and reduces errors.

The Siemens Xcelerator software for industry makes digital transformation easy, fast and at scale. It allows for companies to not just design products and production, but also build it based on human-centered product design and manufacturing. With simulation software, for instance, designers can discover issues related to how a product is used and ensure safety and comfort. Whether it’s a piece of heavy machinery, a factory floor or a vacuum cleaner, human-centered design and manufacturing is a process companies must consider.

Digital Threads and Business Processes August 20, 2021 Manufacturers of all stripes are pursuing digital transformation efforts to meet the evolving needs of product development. The digital thread…
The Role of the Digital Thread and Digital Twin in Digital… April 29, 2021 Manufacturing organizations across the globe are sinking significant investments into digital transformation to improve development of products and manufacturing plants.…
What is the comprehensive digital twin? February 9, 2022 Companies in all industries face a future of tougher competition, and exacting and personalizing product requirements, while dealing with yesterday’s…

This article first appeared on the Siemens Digital Industries Software blog at https://blogs.sw.siemens.com/xcelerator/2022/10/27/human-centered-design-swiffer-simulation-and-designing-products-for-the-customer/