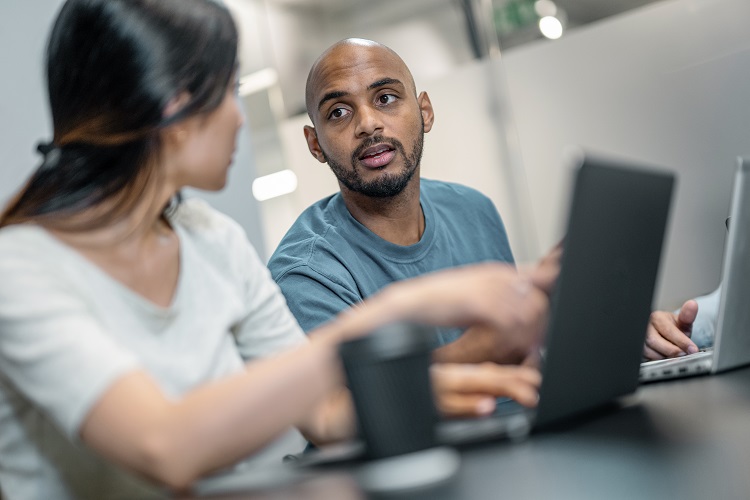 It can be difficult to grasp how technology, or a lack of it, can impact a company, its employees and the culture.

In their Remove Friction & Speed Innovation series, the Schnitger Corporation theorized how concepts centered around a fictional company’s comprehensive digital transformation strategy as well as implementation of Siemens Xcelerator as a Service benefited the individuals within the organization.

The report examined three specific roles within the fictional company: “Modern Robotics.” In the second part of a four-part series, the report focuses on the day in the life of an experienced designer.

The report started by explaining how many designers are forced to work with capable, but old-fashioned software that often requires expensive desktop machines to do their jobs. They create data that’s stuck in silos because of formatting and access issues which limits their ability to innovate. They then moved on to what modern digital tools could help a designer and their team work faster and more efficiently in a collaborative-friendly environment.

Summary: A day in the life of a designer

Modern Robotics is a hypothetical firm that wants to revolutionize in-store retail using autonomous robots through its innovative MRone design. The goal is to get the MRone robot to early adopters in the next six months.

Working on this ambitious project is a designer named Yousef. Although he has used many traditional desktop tools to design manufacturing robots, he’s seen many shortcomings and he’s hoping to avoid them considering the short timeline for releasing the new MRone.

To find success in designing the MRone, Yousef created a wish list to help him and his collaborators succeed in a modern, agile, and connected environment. This list includes:

Based on this scenario, the Schnitger Corporation analyzed how Software-as-a-Service (SaaS) delivery seemed to be the best way to keep everyone current while reducing cost. This option could help Yousef and his team create many new opportunities while implementing best-of-breed discipline-specific apps, cloud-enabled apps and an infrastructure that is scalable and flexible to meet their needs.

Read the full analysis: Remove Friction & Speed Innovation: A day in the life of a designer below.

Want to start with the first report in the four-part series? Read Part 1: What happened when Modern Robotics adopted a stronger digital transformation strategy.

Siemens Xcelerator as a Service supports innovation by allowing domains to work together smarter, faster and more efficiently. As an open, integrated, flexible, and agile engineering platform, companies of all sizes are taking advantage of the breadth and depth of the portfolio to unleash the power to innovate.

Modern Robotics: A day in the life of an engineering team… October 5, 2022 In their Remove Friction & Speed Innovation series, the Schnitger Corporation theorized how concepts centered around a fictional company’s comprehensive…
What happened when Modern Robotics adopted a stronger… August 18, 2022 Sometimes it’s hard to grasp how technology, or a lack of it, can impact a company, its employees and the…
Digital Threads and Business Processes August 20, 2021 Manufacturers of all stripes are pursuing digital transformation efforts to meet the evolving needs of product development. The digital thread…

This article first appeared on the Siemens Digital Industries Software blog at https://blogs.sw.siemens.com/xcelerator/2022/08/29/day-in-the-life-of-a-product-designer/