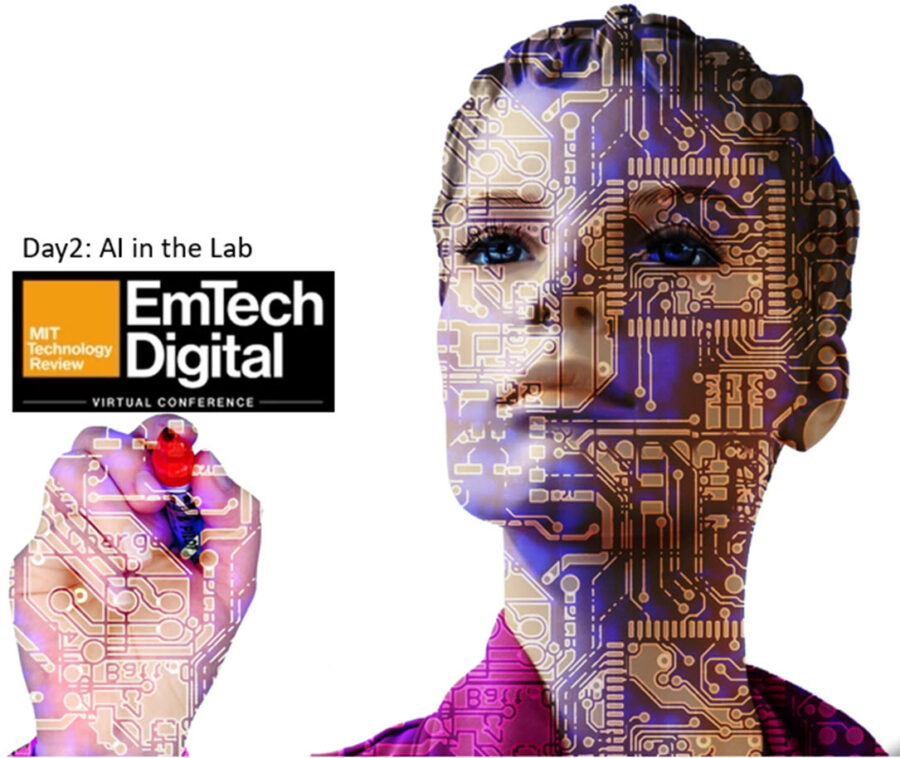 A wrap up of Day 2 at the EmTech Digital Conference, hosted by the MIT Technology Review. On Day 2 the conference covered real AI projects in the lab, algorithms, and chips. The first segment covered “Inside the Leading Labs”:

The next segment covered AI algorithms:

The final segment of the day covered the actual implementation of AI in chips:

The themes of the day: base solutions on the scientific method to support AI for scientific discovery and then map to any business. For the chips segment, the edge is currently targeting inferencing for specific applications and training remains in the lab. But, to transform the world of AI you also need a new platform that is faster and more power efficient than the current transistor-based platform. That platform could be photonics-based.