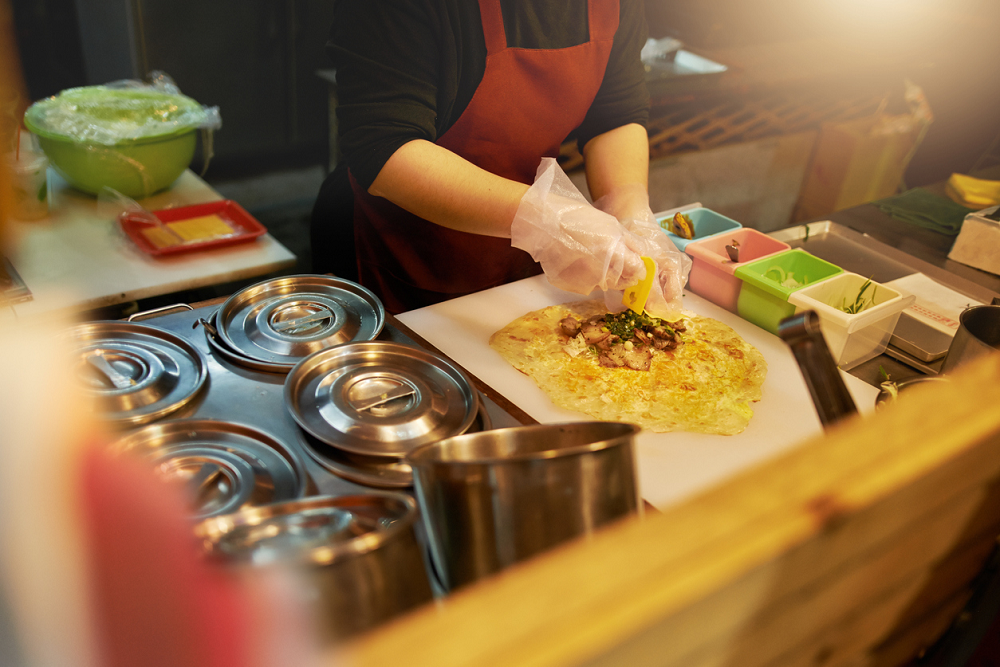 My son and I stopped for some burritos on the way home from a hockey game the other day.

“This restaurant was built to deliver exactly what I want as quickly as I want it,” my son said. There was a counter you walk up to and an assembly line of workers ready to make your meal custom-ordered.

Seizing on this opportunity to spark a little creative thinking in him, I asked, “What if you wanted a pepperoni pizza?”

I was expecting him to have a lightbulb moment and recognize that this restaurant was only optimized to make one particular type of food.

Instead, he quickly responded, “I would go right next door.”

And he was right.

Next door was a restaurant with an almost indentical set up, but optimized to make personal pizzas instead of burritos.

It got me thinking. When did restaurants decide to make the switch away from sitdown service to this new paradigm of specializing in certain foods?

A paradigm change or a paradigm shift is an important change that occurs when the status quo for thinking about or doing something is replaced by a new and different process. At least that’s the way most people tend to talk about them – a new technology emerges, or someone applies an existing technology to a current problem in a new way, and it unleashes the potential for increased productivity and new opportunity.

But as I sat there eating my burrito, I realized: that can’t be right.

What happened recently that caused this shift to an on-demand, made to order, assembly-line-on-display approach to food preparation and delivery?

That’s when it occurred to me – this paradigm change wasn’t driven by new technology or even a new idea, per se. It was driven by a change in the market, an attitude in the consumer.

In a culture driven by the expectation that your needs and wants will be instantly met, it was a natural progression that it would affect the food marketplace. The solution didn’t change first: it was the problem that changed. This kind of paradigm change doesn’t stop at food, though – there’s a growing marketplace of customers wanting their needs met in specific ways. Technology ended up coming along for the ride to meet those needs.

Hungry patrons want quality food they’re confident will be prepared to their liking, no matter where they are. They want a reasonable amount of variability and freshness, and they’re willing to go to a restaurant that specializes in whatever they’re hungry for to get it. Restaurant owners and entrepreneurs are just selecting the best paradigm available to meet the customer needs in both quality and profitability.

This whole experience got me thinking about the concept of paradigm changes and shifts in the age of digitalization. Mass production is shifting to mass customization, not because it suddenly became available, but because customers and the market are demanding it.

If we look at this concept in terms of application software, some may say we have actually gone full circle. It started with mainframes, but then we moved to client servers. Now we’re back to the cloud.

But it’s not really about breakthrough technology upending existing paradigms and driving the market. It isn’t about inventing something new out of thin air.

It’s about the market changing, and the people with the insight to apply known paradigms and digitalization practices to best solve new problems and meet customer needs.

This concludes the first part of our series on paradigm changes and shifts in the marketplace. Stay tuned as we continue exploring this idea in subsequent posts.

This article first appeared on the Siemens Digital Industries Software blog at https://blogs.sw.siemens.com/thought-leadership/2018/05/21/burritos-pizza-and-paradigm-change-in-the-digitalization-age/