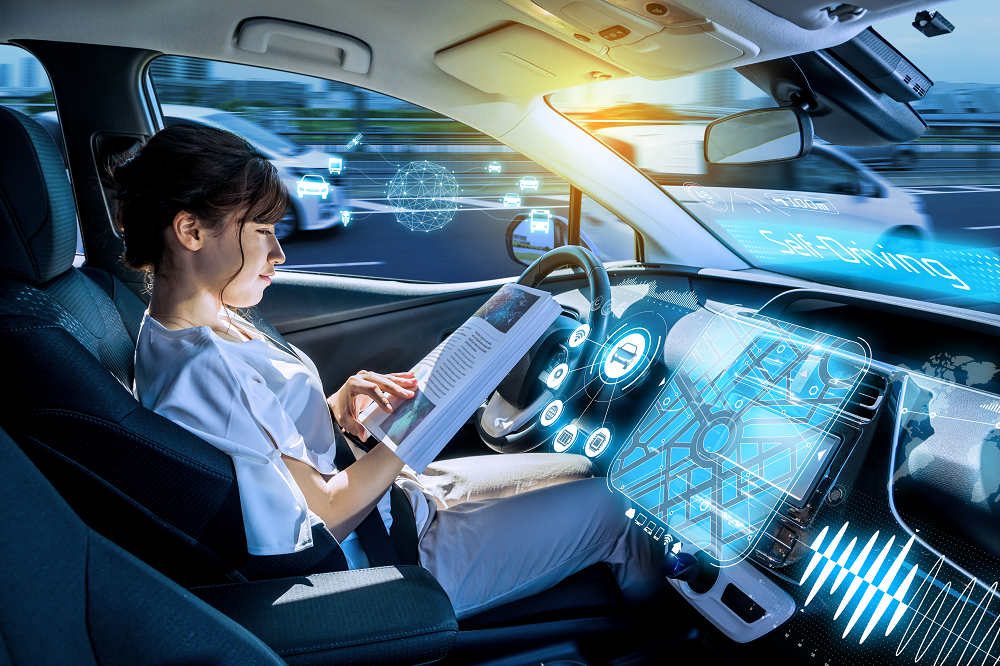 This is an important part of the conversation, and there’s a lot of researching happening in this field. Bryan Reimer, a research scientist at the Massachusetts Institute of Technology, recently spoke with me about these research efforts and of his experience in this field. Bryan is involved in a number of research efforts involving the relationship between distracted driving, driver inattention and autonomous car safety. Bryan is also the associate director of the New England University Transportation, and he founded three consortiums dedicated to researching this relationship between driver inattention and autonomous vehicles, including the Advanced Vehicle Technology consortium.

We started our conversation by discussing how Bryan got into this particular area of research and automation’s role in driver inattention. We then discussed the handoff from autonomous cars to drivers and how these cars could potentially detect driver inattention.

I learned to drive in Indianapolis, a Midwestern city that appreciates fast driving and racing (the Indy 500). But those roads are tame and polite compared to a city like Boston, which is near where I live now. Legally, the exact same rules of the road apply in Boston and in Indianapolis, but I had to relearn how to drive when I arrived in Boston. Traffic is heavier, drivers are more aggressive and there are subtle unwritten “rules of the road” that you must learn like how to properly use (or not use) eye contact with fellow drivers and pedestrians.

How long will it be before autonomous driving systems are able to conduct such an eye-to-eye exchange to keep its distracted passengers safe? In the end, there will have to be give and take on the side of autonomous technology, the environment where we operate vehicles and drivers to bring this complex system into harmony.

Now, we’ll start to take a look at portion of this complex system, the current state of trust in autonomous car safety systems and the potential training drivers will be required to take be safe in their autonomous cars.

ED BERNARDON: So does it come down to training when a new technology comes out so you are able to trust the automated system, but yet not over-trust it?

It would seem that as automation gets more complex, training must also become more complex, it can’t just be a reference manual anymore. Is any thought being given to how training has to evolve along with technology?

BRYAN REIMER: The myth is the more automation the less human expertise is needed. It’s a myth. The more you automate, the more you need to educate. You need to understand the operating bounds.

Now interestingly enough, Ed, it’s actually beyond what the features of the car are when you get it at the dealer since many vehicles are having ongoing software updates that really transform the interaction modalities in very substantive ways as the technology evolves in deployment. That means you go to the dealer and they do a software update that changes the operating characteristics of systems, or in some vehicles out there, it’s happening through the airwaves.

One of the things we’re actually studying here right now is, if we do cohesively educate an individual about the operating characteristics of systems, are they capable of leveraging them away in the way that designers intended them to be leveraged? In essence, can people effectively manage to use systems within the bounds of the designer’s intent even if they are educated?

If the answer to that is no, then we have to begin to really rethink about this problem much more cohesively beyond a traditional engineering philosophy. We might have to think much more deeply about how you begin to build the technology to ensure that misuse does not occur.

Again, a much more complex problem where people must be capable of taking more of a classic education understanding and applying that in real life. That’s some of the work we’re doing on the AVT effort. Distracted driving is a huge issue automakers must contend with in autonomous car safety.

ED BERNARDON: With a new software release, there’s that readme file that no one reads. So to help a user, you may put software into a special training mode to help guide you initially.

Has the automotive industry thought about built-in training, especially when updates are made automatically? For instance, by providing a warning that an update is available and that you can enter into a training mode to learn system limitations and capabilities.

BRYAN REIMER: I’m sure people have been thinking about that but I have not seen it anywhere. In one vehicle out there it gives you a, “Hey we’re about to download an update. Do you want this now?” and when the download comes down at least the readme file gets thrown in front of you, so at least they’re providing some awareness.

Other vehicles that I have direct experience with, you literally go to the dealership and they update the system. They said to a consumer the other day, “We fixed a couple of bugs in your vehicle’s system and completely changed the operating characteristics of key technologies.”

So no education, no framework of what was changed, no transparency — a very inappropriate introduction.

I think there really is a broad range, but the long and short of it is no one is cohesively providing the online in-deployment education that is needed with a high-tech, complex, technological system. They’re building the high-tech technological system, they’re providing it to the consumer, and the American consumer at the end of the day [says], “Give me the keys; let me go drive.”

This concludes part three of my conversation with Bryan Reimer. In part four, we discuss how the automotive industry can learn from the aerospace industry about automating systems, as well as the skills engineers will need moving forward.

This article first appeared on the Siemens Digital Industries Software blog at https://blogs.sw.siemens.com/thought-leadership/2017/11/27/distracted-driving-and-autonomous-car-safety/