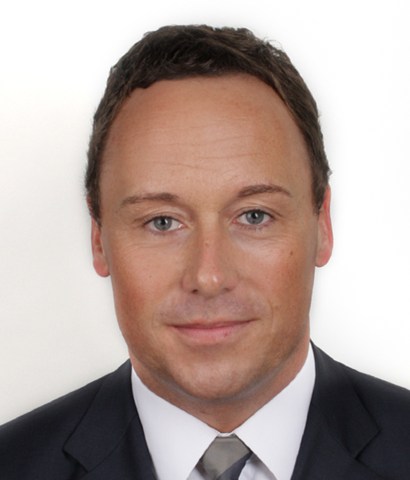 If you think the roads are becoming more and more crowded, you’re right. Traffic congestion is at an all-time high all over the world, and a number of American cities are experiencing record-breaking traffic congestion. How do we fix this congestion?

The answer won’t be from just adding autonomous cars to the road. We believe the answer is using connected vehicles to manage cars on the road, and efficiently using road networks already in place. Marcus Welz is the CEO of Siemens’ North American Intelligent Traffic Systems division.This problem is something the Siemens Intelligent Traffic Systems (ITS) division is working to solve. I recently spoke with Marcus Welz, the CEO of Siemens’ North American ITS division. Marcus joined Siemens more than a decade ago, and most of his time with Siemens has been with the ITS division. He’s worked with customers all over the world in a number of global sales, global project management and product management roles. In 2007, Marcus spent several months in Dubai helping the city implement an innovative advanced traffic management system, which continues to be one of the world’s leading traffic systems.

If anyone understands what the future holds for connected vehicles and vehicle to infrastructure communication, it’s Marcus.

We began our conversation by discussing his vision for the future of transportation and the challenges he sees with the future of mobility and connected vehicles.

ED BERNARDON: Autonomous cars are on every news stream, television, wherever you look. But transportation is more than just autonomous cars; because you have cars, buses, rail, metros, whatever it might be—and certainly Siemens ITS plays in many of these areas.

What is your vision and the challenges you see in integrating all of these various forms of transportation as part of the future of mobility that will also include autonomous vehicles?

For instance, the first electronic traffic signal system in the U.S. is at an intersection in Cleveland, Ohio. It was back then, and is still today, controlled by Siemens traffic control equipment.

The first electric subway system was installed by Siemens. This was something in the late 1880s.

We have come a long way, but also, the mobility patterns have changed. In today’s mobility service, besides the car, we definitely have cabs, trams, metros, and buses. We nowadays also have the new mobility services, whether this is car sharing, bike sharing or any other ridesharing or ride-hailing. I think the next level of that will then also involve self-driving vehicles, utilizing self-driving public transport, self-driving taxis or self-driving privately owned vehicles.

But I personally also believe the self-driving vehicle, a very exciting technology, will not solve all of our mobility problems. A traffic jam with no human drivers is still a traffic jam.

Our vision really is to solve the mobility problem, meaning reducing congestion, increasing safety and also reducing the environmental impact of transportation in cities or in inter-urban areas.

I believe what is necessary in order to achieve that is that we use the existing road network most efficiently. I am saying that because the numbers of cars are rising year over year. I think the car density is increasing and we can’t just build more roads.

The answer to more cars can’t be more roads, so we need to consume the existing infrastructure more efficiently. The road network needs to be utilized by improving the throughput of the existing road network. That is one part of my vision on how to manage mobility as an ecosystem.

The second piece of that is fleet management. We have already today various modes of transport in the city. In North America, cars are still by far the way the majority of people travel. Maybe in Europe, we see a bigger saturation of public transport systems, but we will also see more and more bikes and other modes of transport.

What we need to do is manage those fleets efficiently. We need to be able to allow cities or urban areas to have the right fleets available to be open and accessible for bikes, for instance, and also to provide the technology to manage fleets like busses or trams most efficiently; for instance, to give them priority traversing through a city or optimizing routes and maybe also thinking about how my last problem can be solved.

The third pillar is a road use eccentric approach on how to really realize the model shift. If we assume we have an efficient road network, pillar number one, and we have various fleets in a city or in an area in order to facilitate a mobility ecosystem, we still have the road use and we need to make them change. We need to get them off their car, or we need to maybe let them use their car as part of their trip.

But for this last pillar, the road use eccentric application, I’m thinking about mobility as a service—where the user has an application, for instance on his smartphone, where he could plan a trip, book a trip, pay for a trip, in an intermodal fashion.

The road user can decide, for instance, to ride a bike to the next train station, take the train to go to the city center, and from there jump into a self-driving car or self-driving taxi which brings him to the final destination.

This is what I believe, these three pillars, will ultimately solve let’s say the problems of congestion, safety and environmental impact. For me, autonomous vehicles are a key pillar to achieve that because there are actually several areas where, let’s say, self-driving vehicles would help and support making this vision a reality.

If we think about the fleet management, I think one of the strongest used cases for autonomy in driving is solving the first and last of my problems of any public transportation systems like buses, or being an integral part of a road user’s trip from A to B.

The same thing I think an autonomous car which is also connected to the infrastructure will also serve as a traffic data generator which could ultimately help pillar number one, which is the efficient road network. If the city knows exactly where congestion is occurring and maybe able to predict that going forward and having more intelligence in the car used for traffic management purposes, the road network could be further optimized in using the technologies we have today in the street.

This was quite, broad but you also talked about the challenges to implement that. I don’t know whether we want to perceive it as a challenge, but I think this vision would not become a reality from one year to another, or even from one decade to another.

There is a long transition phase and it needs a lot of discipline for city planners and city officials, policymakers, and also the industry to take a step-by-step approach towards such an intermodal mobility ecosystem for a smart city.

This will take some time, and I think it doesn’t need to be a bold move of cities investing hundreds and hundreds of millions in order to change the way their transportation system works. But we need to start somewhere, and then have a master plan in place which is very city-specific. And then, really execute them over several years in order to make them happen, and not get distracted by maybe tapping into other potential options – but really building that ecosystem step-by-step. This concludes part one of my conversation with Marcus about connected vehicles and vehicle to infrastructure communication. In part two, we discuss how Siemens’ experience with traffic management will be a big advantage as companies move toward an autonomous market.

Edward Bernardon is vice president of strategic automotive initiatives for the Specialized Engineering Software business segment of Siemens PLM Software, a business unit of the Siemens Industry Automation Division. Bernardon joined the company when Siemens acquired Vistagy, Inc. in December, 2011. During his 17 year tenure with Vistagy, Bernardon assumed the roles of vice president of sales, and later business development for all specialized engineering software products. Prior to Vistagy, Bernardon directed the Automation and Design Technology Group at the Charles Stark Draper Laboratory, formerly the Massachusetts Institute of Technology (MIT) Instrumentation Laboratory, which developed new manufacturing processes, automated equipment and complementary design software tools. Bernardon received an engineering degree in mechanical engineering from Purdue University, and later received an M.S. from the Massachusetts Institute of Technology and an MBA from Butler University. He also holds numerous patents in the area of automated manufacturing systems, robotics and laser technologies.

This article first appeared on the Siemens Digital Industries Software blog at https://blogs.sw.siemens.com/thought-leadership/2017/10/12/how-will-connected-vehicles-shape-future-roads/