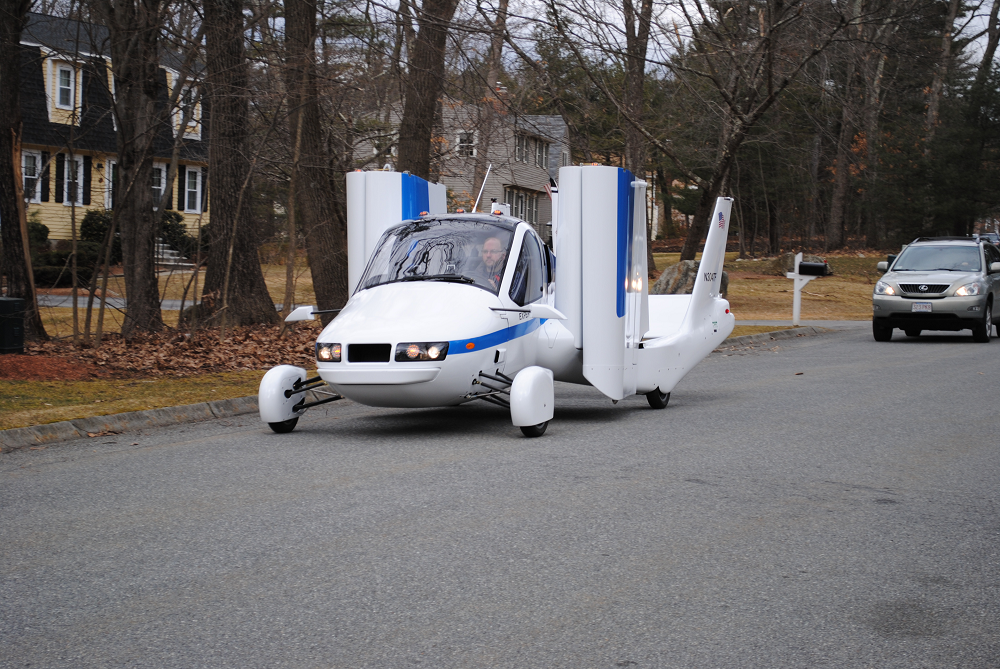 These capabilities are already bringing big changes to the industry, but one potential change involves autonomous flying cars. Flying car technology isn’t as far-fetched as they sound: a number of companies are working to develop practical flying cars for the market.

John Bourneuf has experienced this work with flying car technology first-hand. He’s a mechanical engineering consultant with a number of years in the industry, and he’s been involved in everything from design, marketing, profit and loss ownership, project management and sales.

Most recently, John worked for Terrafugia, a company based in Massachusetts that’s working to develop a practical flying car. Throughout this series, I’ve talked with John about how autonomous flying cars could fit into transportation’s future, government’s role in ensuring flying cars’ safety and the obstacles keeping flying car technology from hitting the market.

It’s always exciting to anticipate the benefits of a new technology like a flying car, and then take a guess as to how a flying car will actually become a reality. In this discussion with John, we’ve talked about what form a flying car might take. It could be like a tiny drone that’s a man-sized version of what we play with today. Or, it could be a car with folding wings. Or, it could possibly be a hover-bike. We might own one and need a special license and training. Or, maybe we’ll just see a not-so simple expansion of Uber and Lyft services into the sky.

Here, we discuss how land-based vehicle technologies and autonomous flying cars could interact with each other in the future.

ED BERNARDON: For any technology to be viable, be it evolutionary or revolutionary, you need to have commercial viability, which may require combining different technologies. For instance, Uber used an autonomous truck to deliver a large order of Budweiser beer.

If you think about the business of delivering packages, is there an opportunity where you could combine an autonomous flying and land-based cars or trucks? How do you see the mix of these technologies evolving, and in what particular application? What do you think a good first step might be?

When I was working for Terrafugia I was really excited about this idea of having your own rationally priced commercially available vehicle that you parked at your house. Then, you take it to a place that was safe to takeoff.

We first thought that it was exciting that you had your own vehicle. Then, we started to look at the Uber rideshare model, whether you are a business executive, an individual going across town to buy groceries, or going to visit friends, why wouldn’t you do the whole thing with Uber?

If you have Uber, you have rideshare. And if you then throw in the mix of flying cars, the transportation space is all of a sudden infinite in your ability to get from point A to point B. No matter where it is, it’s boundless.

So where will it start? I think it may start off with manual or semi-autonomous flying vehicles that have a person in it, and ultimately it’s going to go to fully autonomous. But it’s going to take time because of safety.

Whether it be a vehicle with a person in it, a human delivery vehicle or a truck that is delivering parcels or groceries, it’s not obvious where it would start. It is more logical, from a safety perspective, to say that the real driver of the market is probably going to be package delivery. Companies such as Terrafugia are working to decide how their autonomous flying cars will interact with cars that stay on the road, as well as the road itself.

Mobility as a service based on conventional human driven cars has impacted many of our lives in a positive way through greater convenience and lower cost. As autonomy is added, these benefits should increase.

These are just a few questions autonomous flying cars can offer to your own custom combination. Certainly, these flying cars will pay a role when the robot drivers of the sky open up a myriad of new possibilities to move ourselves, and the goods we need, from place to place.

This concludes my series on autonomous flying cars. Special thanks to John Bourneuf for taking the time to speak with me and share his experiences.

The Future Car – Vehicle Electrification - The Importance of… March 3, 2022 A major theme of our discussions here on the Future Car podcast has been the large-scale disruption taking shape in…
Agile Product Development in the Aerospace and Defense… October 7, 2021 I had the privilege of interviewing Jim Roche of CIMdata and Dale Tutt of Siemens Industry Solutions Software on Agile…
Katherine Sheriff: Pioneering the Legal Framework of AI:… March 3, 2021 Listen to Katherine Sheriff Podcast HERE When does a machine become a person in the eyes of the law? Katherine…

This article first appeared on the Siemens Digital Industries Software blog at https://blogs.sw.siemens.com/thought-leadership/2017/09/18/autonomous-flying-cars-relationship-with-land-based-cars/