When faced with a complex problem, engineers often employ a divide and conquer approach to efficiently come up with a solution. They break up a problem into sub-problems of the same type, solve these sub-problems, and then combine the results at the top level. They develop a hierarchy. Complex System on a Chip (SoC) designs are no exception…

These designs are built using a hierarchical structure of cores that tackle specific functionality, which together form the overall system. So, it is no wonder that test engineers employ a hierarchical DFT methodology for SoCs. Why? Because the SoC is already hierarchical and they do not have the time and compute resources to run a flow that includes analyzing all the SoC DFT structures and patterns at once.

In order to effectively segment the design so that hierarchical DFT can be performed at lower core levels, each core (or group of cores) must be properly isolated. Two key components of core isolation are:

In addition to the wrapper chains and clock control logic, it is also necessary to insert all scan chains, compression logic, memory BIST, logic BIST, IJTAG, and other control logic to make the core “DFT complete.” After the core is “DFT complete” it is possible to generate a set of scan patterns at the core level that can subsequently be retargeted to the chip level. 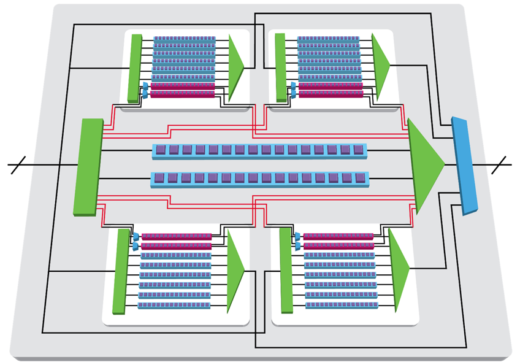 Creating “DFT Complete” cores results in a great deal of information about various DFT logic configurations, test modes (Internal and External), and test results such as patterns and fault data. The Tessent Shell Database (TSDB) enables all Tessent tools to use a unified flow, database, and user interface in order to track, store, and retrieve information necessary for integration and setup at each step, all the way to chip level. This flow significantly reduces the effort and risk of managing several error-prone tasks such as setting up the design for a specific mode of operation. 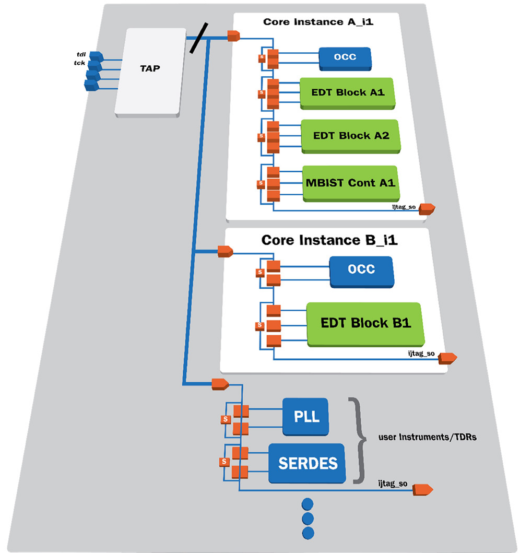 One of the key enabling technologies used in the Tessent flow is based on IJTAG. Typically, setting up the design for various test modes and at different levels of hierarchy is a very time-consuming and error-prone task. Using IJTAG, access to Tessent and other IEEE-compatible third-party IP is standardized through a common TAP controller. Higher level tool commands and procedures provide you with a simple interface for specifying the desired configuration while the tool manages the creation and tracking of all lower-level test cycles.

Employing the hierarchical test methodology has an incredible impact on SoC testing, including:

Learn all the details about the hierarchical DFT methodology and how you can reduce time and compute resources in our whitepaper here.

DFT and the competitive edge September 1, 2021 Smart DFT for quality and TTM Don’t let your plans for successful new SoCs be derailed by a lack of…
Webinar - Optimize manycore AI and ML designs July 27, 2021 Turn complexity into a competitive advantage by harnessing system-level data to optimize manycore AI and ML chips. Our new on-demand…
What is silicon lifecycle management? April 20, 2021 The next step in IC test and monitoring by Aileen Ryan - Senior Director of Portfolio Strategy, Siemens Digital Industries…

This article first appeared on the Siemens Digital Industries Software blog at https://blogs.sw.siemens.com/tessent/2019/09/24/employing-a-hierarchical-methodology-for-soc-testing/