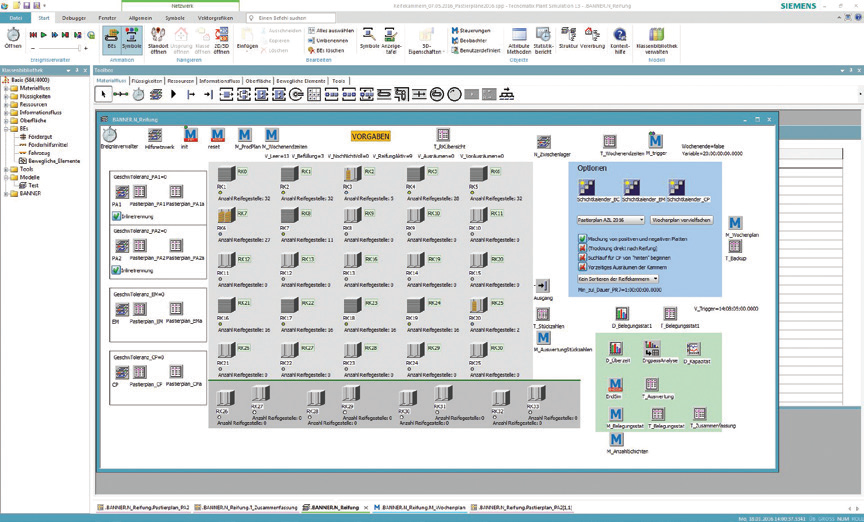 One of the leading manufacturers of batteries used to power engine starters is Banner GmbH based in Linz, Austria.  Its founder, a freight hauler at the time, established the family business in 1937 because he was dissatisfied with the reliability of the batteries used in his trucks. Eighty years later Banner ranks among Europe’s biggest and technologically leading manufacturers of starter batteries.

Banner owes much of this remarkable success to its history of innovations and improvements to the lead / acid-based rechargeable power packs, all parts of which can be recycled.  The company owes its recent growth primarily to high demand for its enhanced flooded batteries (EFB) for start-stop vehicles. Premium original equipment manufacturers (OEMs) trusting in Banner batteries as a major source of reliability fit their vehicles with these Austrian products, accounting for one-third of the production. Two-thirds go to the aftermarket in 50 countries.

Banner’s ongoing success was accompanied by a continuous, organic growth of the production facilities, adding or extending hall after hall until the complex filled the site that had seemed so spacious decades ago.  The situation presented significant challenges, particularly concerning intra-logistics issues.

In mid-2015, Banner manufacturing engineers used a trial license of Plant Simulation software to study the effects of reducing the number of assembly lines.  The simulation results convinced the management team of the benefits of simulation-based decision-making.  Shortly after that, Banner started working on the simulation of a real-life scenario.  “Experienced workers had suggested that further growth would not be possible with the existing maturing chambers,” says Christian Ott, head of information and organization at Banner.  “Simply adding more of these voluminous installations would further increase out shortage of space.”

Digital data is not available for much of the equipment used in the Banner battery.  Acquiring reliable information from manufacturers and operators proved the most difficult task in creating its digital representation. The digital twin of this part of the Banner production facilities was functional after three months. They used prefabricated modules for the plant simulation, which included all basic functionality of the production facility included in the digital twin. Using that tool’s advanced simulation programming language SimTalk, they found it was easy to add specific functionality and to program the variations the decision-tree provides.

“We decided to hedge all future investment decisions by first studying their effects to the digital twin in the virtual world of plant simulation,” said Christian Ott, Head of Information and Organization, Banner.

Read the complete case study to learn why Banner decided to put all relocation plans on hold in early 2016 to analyze all production processes to study the viability of investments to increase production capacity of the facilities at the existing site. This article first appeared on the Siemens Digital Industries Software blog at https://blogs.sw.siemens.com/tecnomatix/banner-gmbh-makes-investment-decisions-based-on-plant-simulation-results/