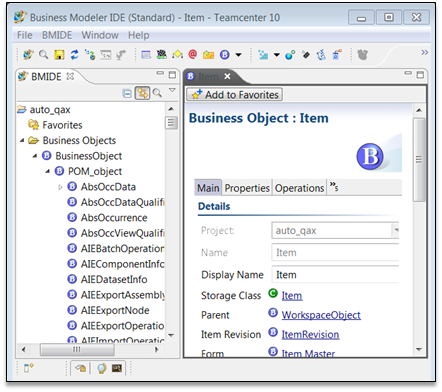 Most Teamcenter customers make use of extending the Teamcenter Data Model through new business objects and properties as well as building a pick List of Values (LOV) for their data. These tasks are performed using the BMIDE client which is the modeling environment for your Teamcenter configurations. The BMIDE allows you to store all of your configurations in a container called a “template” and then deploy that template to any Teamcenter environment.

Many Teamcenter customers need to update LOV values more frequently and do not want to have to take the system down to perform a simple update to a list of values. Suitably there are other options for handling frequent updates to LOVS without having to bring the system down. Read on to learn about the three options: BMIDE Live Update, Batch LOVS, or Dynamic LOVs.

This feature was added in Teamcenter in 8.3.2, 9.1 and 10.1. This feature allows you to install a separate BMIDE client for the sole purpose of performing live updates directly to your production environment. The separate client allows you to keep your ongoing BMIDE development work seperated from the live updates you need to perform. The separate BMIDE can download the latest data model from the production environment, allow you to safely edit the LOV values without impacting schema, and then save it back to Teamcenter without having to take the system down. This feature was added in Teamcenter 9.1 and provides the ability for you to use a command line utility to update LOV values without having to take down the system. LOV values can be entered into an XML file and then uploaded into the Teamcenter environment by executing the utility. One of the added bonuses of the command line utility approach is that you can automate LOV updates through scripting. This feature was added in Teamcenter 10.1 and provides the ability for you to define an LOV that will query Teamcenter product data to build its list of values. In this case the LOV values are not pre-defined in a BMIDE template, only the LOV query definition is pre-defined. As an example the LOV can be configured to build a list of Item IDs from Items that are released. When a user clicks on the LOV button in the user client, the system will perform the query and get the latest set of Item IDs that are released from your product data. As the list of released data changes over time, the LOV stays in synch with this, thus you will not need to take the system down to update LOV values.

Bob Donovan is the Teamcenter product manager focused on the BMIDE and List of Values (LOVS), among other things. If you have the need to perform frequent updates to your LOVS, take a look at Bob’s recommended techniques.

This article first appeared on the Siemens Digital Industries Software blog at https://blogs.sw.siemens.com/teamcenter/how-to-perform-list-of-value-lov-updates-without-system-downtime/