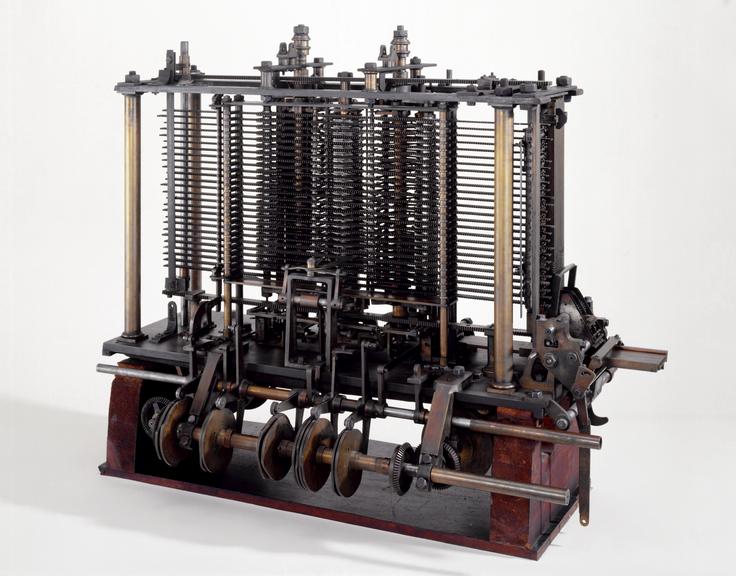 When I was at school (a very long time ago) you were either mathematical or creative. It was pretty straightforward and made it easy to find similar types to rub along with.  With hindsight not only was this categorization wrong it was also incredibly limiting.

168 years ago, to the day, Augusta Ada King, Countess of Lovelace, was born to Lord and Lady Byron.   Her mother pushed her towards mathematics in a bid to prevent her following in her father’s footsteps (perceived insanity).  But art and mathematics were happy companions in her education. She often used the two to help her explore basic assumptions in her work:

I may remark that the curious transformations many formulae can undergo, the unsuspected and to a beginner apparently impossible identity of forms exceedingly dissimilar at first sight, is I think one of the chief difficulties in the early part of mathematical studies. I am often reminded of certain sprites and fairies one reads of, who are at one’s elbows in one shape now, and the next minute in a form most dissimilar.

Now I must confess that I am very much from the arts world. Whilst the theory of many of these great mathematical equations is out of my reach I am often struck by their beauty. This quote from Lovelace captures it well. Of course she wasn’t the first to see beauty in mathematics, Fibonacci had documented this more than 500 years earlier.   The thing that strikes me about Lovelace is how she harnessed the power of both.

Ada Lovelace, is most well-known for her work supporting Charles Babbage on the Analytical Engine.  It was Lovelace’ work that explained how the machined differed from its predecessor, the Difference Engine. This brought the concept to a wider scientific audience. Her work also detailed the method for calculating a sequence of Bernoulli numbers using Babbage’s Analytical Engine.  The machine was never built so it could never be fully tested. However, this work is recognized as the world’s first computer program, making Lovelace the first computer programmer.

It seems we have both Lord and Lady Byron to thank for the modern algorithm. Without her father’s creativity and her mother’s drive towards mathematics, Lovelace may never have looked at these challenges in the same way, if she saw them at all.  She was a trail-blazer for many others who followed in her footsteps. She taught us to harness the power of arts and science to deliver inventions to improve our lives.

4 Myths about AI in CFD April 6, 2021 As Artificial Intelligence (AI) has become more ubiquitous in our everyday lives, so too has confusion about what it is…
Is e-bike noise an issue? Quit whining! June 2, 2021 E-bikes become quite popular these days. Besides the operating range, also the generated noise is an important quality aspect for…
If you can’t take the heat… Simulate it! Reducing VTM costs… June 10, 2021 Find out how to efficiently and accurately simulate VTM using Simcenter Engineering's multi-fidelity workflows.
This article first appeared on the Siemens Digital Industries Software blog at https://blogs.sw.siemens.com/simcenter/the-first-algorithm-happy-birthday-ada-lovelace/