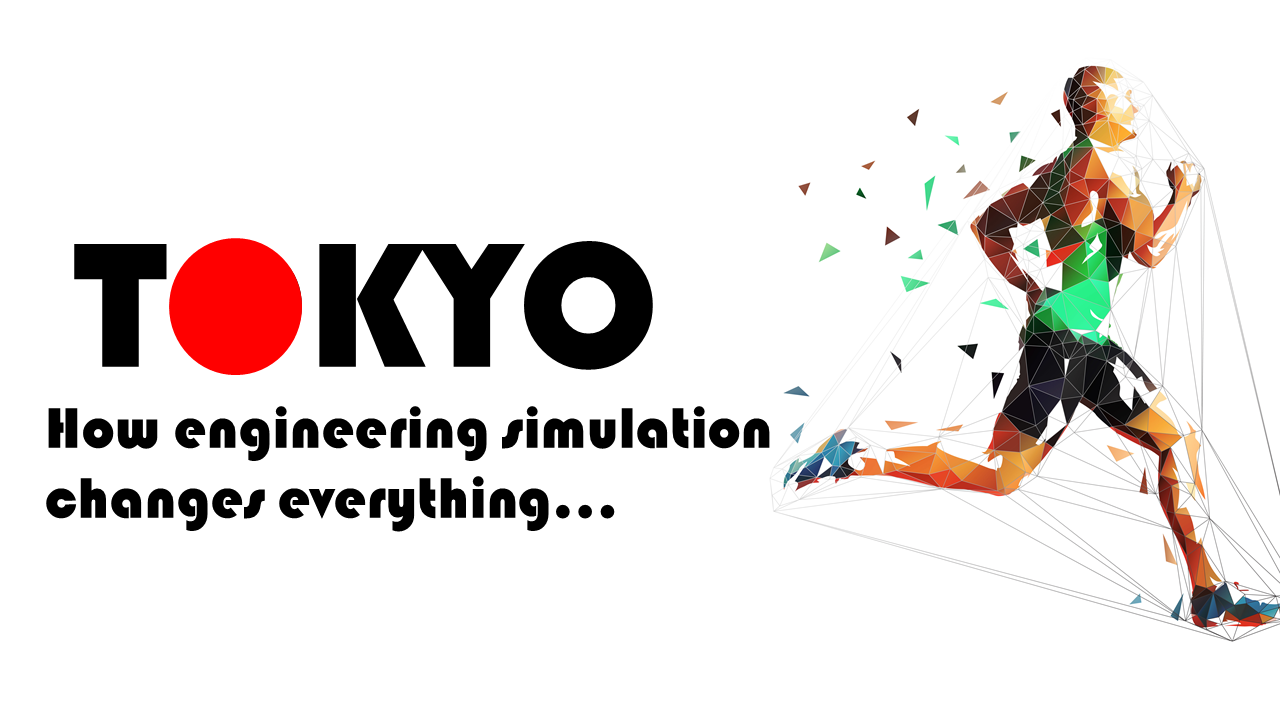 Of all the sports, cycling is perhaps the one in which competitors are most concerned with pure aerodynamics. Drafting behind another cyclist reduces energy expenditure by around 20 percent compared with a cyclist who is not drafting. This is very apparent in the Team Pursuit discipline in which riders in a four-person team take turns to absorb the aerodynamic impact of the oncoming air for a while, before peeling off and cycling to the back of the rotating queue. Minimizing the aerodynamic drag of the bicycle and rider combination can be the difference between success and failure in a sport in which victory is often decided by hundredths of a second. In London, Team GB took an almost clean sweep of track cycling medals using aerodynamically efficient Cervélo bicycles extensively designed using Simcenter®. In Tokyo, a vast array of beautiful aerodynamic bikes will be propelled at high speed around the velodrome. Other major bicycle manufacturers, such as Trek (50 athletes will ride Trek Bikes at Tokyo) and component manufacturers such as FLO Cycling have used a combination of Simcenter and HEEDS® to explore the entire design space before deciding on an optimal aerodynamic and structural design for their products. We also performed the first credible CFD simulation of a pedalling cyclist.

For me, the purest form of athletic competition is that which pit athletes against athletes without the aid of technological enhancement. Indeed the first event in Athens in 1896 only included foot races (although field events were introduced later). However, in Tokyo, it is likely that shoe technology will play a huge role in determining the outcome of distance running events and, according to President of the IAAF Lord Coe, will likely send world records tumbling. This shoe technology was first used in the Nike Breaking Two programme, designed to break the two-hour barrier in the marathon. Although multiple Gold Medalist Eliud Kipchoge was unsuccessful in that attempt, we used Simcenter to uncover some of the aerodynamic trickery used to give him the best possible chance of running sub-2.

How difficult is it to design a spherical object? Apparently, more than you might think. Competitors expect that the balls in their sport will behave in an expected, predictable manner. During every World Cup, goalkeepers publicly complain about soccer balls that swerve and dip too much in the air (often leading to spectacular goals or ridiculous misses). Similarly, a golf ball that penetrates the air brilliantly but is prone to hook or slice is also unlikely to be popular with Tokyo competitors or casual golfers. Most of the challenge with simulating balls is that their flight is determined by how surface features (such as stitching, laces, dimples and wear-and-tear induced roughness) alter the boundary layer as the ball spins, inducing transition on one side of the ball and not on the other. This requires the ability to resolve those surface details (usually involving very high computational cell counts) together with robust unsteady turbulence models that predict transition. Simcenter has variously been used for soccer balls, volleyballs, golf balls, shuttlecocks and even spiralling American footballs.

Perhaps my favourite sporting CFD story of all comes from London nine years ago, for which Atkins used Simcenter to design a venue and ventilation system that wouldn’t disturb the flight of a ping pong ball. In their words: “Finessing the field of play, today’s table tennis professionals demand and expect the highest standards for the conditions in which international competition is played, and in the case of table tennis these are sophisticated. The reason is not hard to discern: a light, hollow, celluloid ball, measuring 40mm in diameter and weighing a mere 2.7g. If the merest puff of air can cause a ball to deviate, the background air velocity at a competition venue must be almost non-existent to ensure that it is only the players’ topspin or backspin that determines the ball’s flight path.”

Simcenter has been used in the design of various sailing vessels, to analyze unsteady sail aerodynamics and to determine the optimum position of a sailor on a competition dinghy. When Sir Ben Ainslie, who has won more medals than any other sailor, chose a CFD code to aid with the design of his Team INEOS UK America’s Cup challenger, he chose Simcenter. Sailing involves a complex interaction between hydrodynamics and aerodynamics (and in the case of America’s Cup, foiling yachts which are closer to aeroplanes than they are to traditional boats), which is why Team INEOS is using multidisciplinary design exploration in its quest to capture the America’s Cup.

CFD has been used in the design of competition rowing boats for the Italian team.  Simcenter has also been used to analyse the hydrodynamics of the perfect rowing stroke. Simcenter has also been used to analyze the rivers used for rowing regattas to make sure that they are equally fair to all competitors. In Rio the Rodrigo de Freitas Lagoon hosted a rowing regatta that was severely disrupted by waves. However, it is hard to imagine how CFD simulation might have been used to mitigate the influence of winds acting upon a lake in a valley.

The highly complex movement of a swimmer is difficult to simulate (even more difficult than simulating a swimming dolphin). Simcenter has been used to simulate the performance of a gliding swimmer a number of times. Various attempts have been made to examine components of a swimming stroke but, to the best of my knowledge, no one has ever managed to simulate the whole thing. However, it is only a matter of time before someone uses the same technique as we used to model the pedalling cyclist to model a swimmer.

One example where CFD should have been used but wasn’t is in the design of the Queen Elizabeth swimming pool (the venue for the swimming regatta in London), for which scientists have apparently demonstrated that certain lanes of the pool gain a favourable current compared with others, leading to the competitors in those lanes gaining an advantage and winning more medals. Apparently, this is at least the second time that this has happened, as the same team spotted a similar problem with the Barcelona pool used in the 2013 World Championships. In both cases, a simple bit of design exploration with Simcenter and HEEDS could have resulted in a pool design that was equally fair to all competitors.

As much as we’d like to pretend that better engineering is the deciding factor in many sporting disciplines, the truth is that success usually goes to the athlete that spills the most blood, sweat and tears in preparing for and competing in the event. A case in point is Kynan Maley who reached the Canoeing Final in London while working in the Simcenter Support Team. Before the event, Kynan used Simcenter to optimize the position of fins on his canoe.

People have been riding waves for more than 5000 years, which makes surfing one of the world’s oldest sports. The surfboard industry is worth $3 billion, and surfing will debut in Tokyo this summer. But surfing is more than just a sport, In ancient Hawaiian culture, the art of he’e nalu (or “wave sliding”) is endowed with almost religious significance, where frustrated surfers would call upon the kahuna (priest) to aid them with a surfing prayer which asked the Gods to deliver great surf. At the heart of the culture is the almost spiritual act of “surfboard shaping” in which a skilled craftsman manually shaves a piece of wood (or more recently polyurethane) into a hydrodynamic planing surface, carefully adjusting its shape for specific wave conditions and surfer preferences. That process is about to be revolutionised by the advent of the digital twin, and in this Podcast, I discovered how digital waves are being used to test the next generation of digitally designed surfboards.

So that’s my list for Tokyo. Admittedly some of the links are slightly tenuous, but I am convinced that by the time we get to Paris in three years time multidisciplinary engineering simulation will have an even greater role in determining the outcome of sporting events.