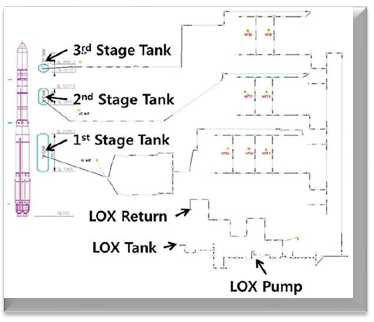 Fifty years ago, millions of people from across the globe witnessed an extraordinary event. On July 16th, a rocket carrying three astronauts left the earth carrying the hopes and dreams of an entire planet. Four days later, Neil Armstrong and Buzz Aldrin walked on the moon.

It is estimated that more than 500 million people watched the moon landing on TV. Now considering that the entire population of the earth was around 3.6 billion and not a lot of people had TVs, that is an astounding figure for its time. No doubt the sheer act of watching the landing opened a whole new world of possibilities in the minds of the children who witnessed the act. All we have to do is look at the progress the human race has made in exploring space since then.

So in celebration of the moon landing, let’s take a look at three space related projects which have been done with the help of Siemens Digital Industries CAE simulation software – namely Simcenter FLOEFD, Simcenter Flomaster and Simcenter AMESim: I hope you enjoy reading them as much as I did and if you have any questions about how to bring your space related project to life, please do get in touch with your local Simcenter office.

4 Myths about AI in CFD April 6, 2021 As Artificial Intelligence (AI) has become more ubiquitous in our everyday lives, so too has confusion about what it is…
10 insights from rocket CFD for a mind-blowing moonshot July 29, 2021 This is your guide to a successful moonshot project - with 10 insights that only rocket CFD (Computational Fluid Dynamics)…
Surfboard CFD - Riding the Digital Wave July 29, 2022 The flip-flop engineering symposium Monday, December 9, 2019, 7 pm. Sunset Beach Elementary School Cafeteria, Oahu's North Shore, Hawaii. Two…
This article first appeared on the Siemens Digital Industries Software blog at https://blogs.sw.siemens.com/simcenter/one-giant-leap/