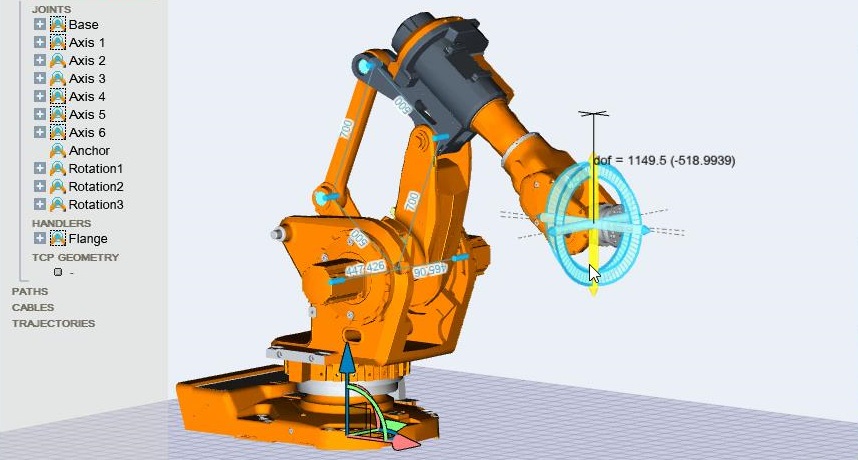 The video below shows KineoWorks simulating a parallel linkage. The system designer has full control over which joints in the parallel linkage should be active (controllable, driven by actuators) or passive. The resulting articulated system is then simulated in KineoWorks using both forward and inverse kinematics.

The new functionality is now available in the KineoWorks SDK. It is also implemented in our complementary standalone application, Kwik, for configuring and verifying robotic systems quickly and easily to accelerate your KineoWorks application development.

KineoWorks step-by-step #4: pick & place June 29, 2021 The final post of this series walks you through a simple pick-and-place scenario in which a robot moves objects from…
KineoWorks step-by-step #2: building your robot with Kwik June 10, 2021 This article explains how you can easily develop a virtual robot using our interactive Kwik application.
Geometric Constraint Solving #1: introduction August 2, 2022 Organizing shapes in 2D designs and 3D models Geometric Constraint Solving has been a hugely successful approach for organizing shapes…

This article first appeared on the Siemens Digital Industries Software blog at https://blogs.sw.siemens.com/plm-components/kineoworks-v7-2-simplifies-parallel-linkage-simulation-in-robotics-applications/