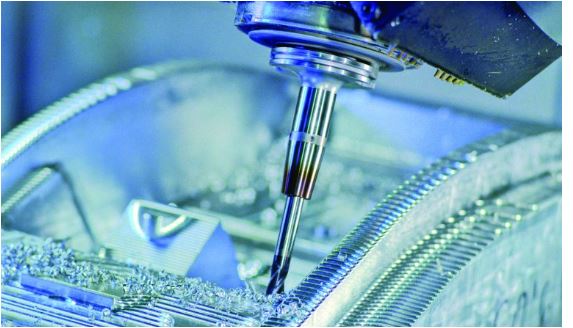 In a recent issue of AdvancedManufacturing.org, Contributing Editor, Ed Sinkora, asks experts from the CAD/CAM software industry’s leading companies what they are most focused on, in the article “CAD/CAM Programs Get Parts On, Off Machine Faster, More Efficiently.” The title says it all.  And, according to Sinkora, “It’s the same today as it was five years ago, and it’ll be the same in five years.”  Siemens’ Vynce Paradise was able to weigh in on what NX software can do to help programmers.  Hint:  Automation is key! In this blog, I will highlight Vynce’s quotes from the story.You can read the story in its entirety on AdvancedManufacturing.org.

There have been various changes to CAD/CAM software in recent years to increase efficiency and reduce job setup time. But “there’s no silver bullet,” as Vyncent Paradise, director of product development for NX CAM, put it. He referred to automation as the most important aid, to include the use of predefined templates plus increased use of product and manufacturing information (PMI) within CAD files.

“We’re always trying to add more information to the CAD modeling process that can be used downstream in CAM, like tolerances and finish requirements,” Paradise explained. “And if you can read the smart digital model, you can use it to automatically choose machining methods based on the required tolerance.

Three-dimensional machining simulation has been a huge programming aid and keeps getting better. Take the simulation of the complete machine tool, including robotic loading and even the logo on the sliding door. It may not be necessary from a machining standpoint.

Siemen’s Paradise made the interesting observation that “CAM systems have long known a lot more about the toolpath than we made available to the programmers. But we’ve started displaying much more toolpath information in the last few years.” Examples include showing the tool angle, the thickness of the material left, and indicating if there’s a problem, taking the programmer right to that point.

“It all sounds very obvious but it’s quite new,” he noted. “These things can be quite important for a programmer who’s trying to understand what’s going on or trying to get an outstanding finish.” And while automatic collision detection has been a common attribute in CAM packages, they didn’t always make it easy for the programmer to find out where and why. Paradise said that’s changing. “We are giving users more accurate info about what’s going on to help them create better machining operations.”

According to Paradise, there are also times in when it helps to reduce the detail of the CAD model while still telling the CAM program to machine features in that area. “I save modeling time. I save file size. And I automate my CAM. All in the same process.” …Siemens PLM offers a complete CAD/CAM package with NX.

Finally, Paradise argued that not all CAM simulation is equally accurate and seamless. “We drive our simulation inside NX CAM using the final G-code that will go to the machine tool. The postprocessing is built right into the system. So immediately upon programming a path the system will generate G-code and we use that G-code to drive the simulation.”

Paradise said most CAD/CAM packages use a third-party product for machining simulation. “You have to export G-code from your postprocessor and import it into a different system. And you have to replicate your machine model, workholding and cutting tools in that system as well. Then you run your G-code driven simulation there. And if there’s a design modification or an issue you have to go back to your CAM system, make a change, and go through the cycle again. We’re unique in doing all that inside NX CAM on the fly.”

Naturally modern CAM also minimizes non-cutting time by reducing both lift-off heights and lift-off distances. “Lift-off height sounds like a tiny thing but it can make a big difference on a large part,” observed Paradise. He’s also keen on the importance of smoothing the travel of both cutting and non-cutting paths.

“The easy way to deal with non-cutting motion is to tell the machine to stop, lift-off, and move rapidly to a spot above the next machining area, stop again, move down, and engage. That’s fine for a few moves, but if it’s a part you’ll be machining over time, this could be thousands of such moves in exactly the same positions on the mechanics, and that damages the machine. It’s also slower. Calculating the appropriate curve and building in acceleration and deceleration at each end is the best way to go. For example, a large customer recently saved 10% in cycle time on hundreds of their machines just by smoothing the non-cutting paths.”

Smoothing non-cutting time doesn’t require a sophisticated control or an expensive machine. It’s an easy way to increase the productivity of even an economical machine. And because it also reduces wear on the machine, it increases machine longevity.

Learn much more about NX for manufacturing software.

High-speed roughing methods, such as NX CAM’s Adaptive Milling, can reduce machining time by up to 60% while extending tool life.

What's New in NX for Manufacturing (December 2021) December 10, 2021 The holiday season is upon us, and this year we’re gifting a new release of NX for Manufacturing! With the…
Realize Live + U2U 2021: Digital Manufacturing Experience |… April 28, 2021 Join Us at Realize Live + U2U For the first time, the Realize LIVE and User2User (U2U) events are becoming…
Moving into Metal: CNC Programming of the Quadcopter’s Molds June 21, 2021 In this post, we’ll continue our tour through the Digital Machine Shop as the mold for the plastic top of…

This article first appeared on the Siemens Digital Industries Software blog at https://blogs.sw.siemens.com/nx-manufacturing/siemens-talks-cad-cam-programming-in-advancedmanufacturing-org/