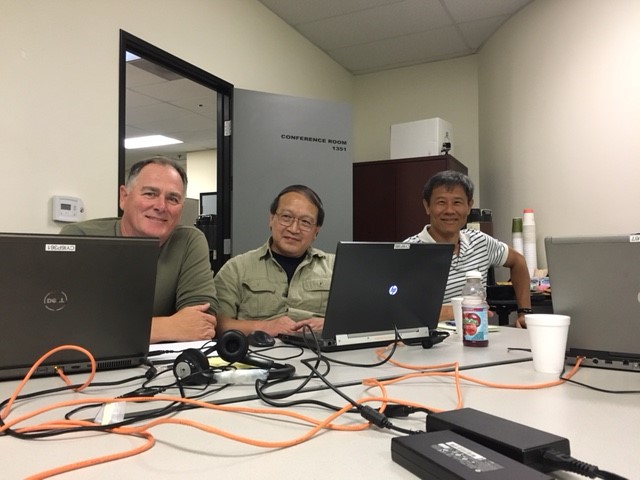 To innovate—to make changes and do something in a new way—is at the core of Siemens values. Innovation is the spirit that drives our employees to create the software that we do, to propose solutions, and take a second look at the way we’re doing things to see if they can be improved. Few things embody that spirit more than our Global Hackathon.

Hackathons are a great way to creatively collaborate. How many times have you thought, “Wow, wouldn’t it be cool if…” during your daily work? An event like this presents an opportunity for you to make those ideas real, so you can say instead, “Look at this cool thing we built together.” Teamwork is an important aspect of the competition. It is all about the synergy that arises from the combining of minds.

Teams came together in more than 45 locations around the world to code for 33 straight hours on new, exciting ideas of their choosing – whether it was to build something innovative or help with the productivity of their team. More than 300 ideas were submitted worldwide, and 89 were from the Product Engineering / NX team alone. By the end, everyone had to have a working demo to show.

I was fortunate to be able to attend the Hackathon in the Milford, Ohio last week. The excitement in the air was downright palpable! Lively discussions could be overheard as teams debated over problems that arose and the approach they would take to address them. Most people simply had their heads down, coding. It wasn’t all work and no play though! There were plenty of opportunities to have fun. Teams could go outside to take a break and relax by playing cornhole. (If you aren’t familiar, it’s a game that’s a favorite here in the Midwest. You toss beanbags with the objective of getting them through a hole in a board.) There were also plenty of snacks and beverages to keep the energy up throughout the Hackathon – no one likes to be running on empty at the eleventh hour—or 33rd hour, for that matter

Jess Rebrukh @JessLR, our returning intern for the summer, took part in the festivities in our Cypress, California office. Here she shares her side of the story…

Throughout the office, teams converged into several rooms to collaborate and create their demos, equipped with their laptops and coffee mugs. Employees of all ages worked on their unique projects, some working in Teamcenter and others in NX. I sat down with a few teams in order to gain some insight on what they were creating. As a part of the fun in Cypress, participants had to provide me with an alternative team name. The Path Analyzers and team Level-Up were tackling the same issue for their hacks, but were taking different approaches on making tool-paths within NX easier to navigate. Shop Talk also delved into NX’s code to create models that would display a shop floor unique to each user. The intent was to make it easier for the user to pick out which machines they wanted to select without having to go through a list of complex names. Up in the new IDEA lab, the team known as IDEA (or IDEA Debug Edit Analyze) were fixing issues with NX’s sys-log, creating a program that would allow company employees with a way to play back a customer’s log history in order to better isolate a problem they were having.

Each team had ideas that were all completely viable and would benefit the various programs Siemens PLM provides. No one idea was exactly alike, and each was incredibly innovative and well thought out. The Hackathon wrapped up Tuesday evening, with teams presenting their business case and demonstrating the software for their final submissions. Now comes the judging. Each time will be judged on several criteria such as do they have working, demonstrable software? How innovative is the solution? What value does it provide to the team? A winner will be chosen from each business segment. Winners get bragging rights as well as the opportunity to have their solution implemented in the software in some way. We wouldn’t want those good ideas to go to waste!

Overall, the Hackathon provides a great chance for those of us within Siemens to think creatively, get outside of our normal frames of mind, and collaborate on solutions that help drive the company towards innovation.

This article first appeared on the Siemens Digital Industries Software blog at https://blogs.sw.siemens.com/nx-design/hacking-our-way-to-a-better-future/