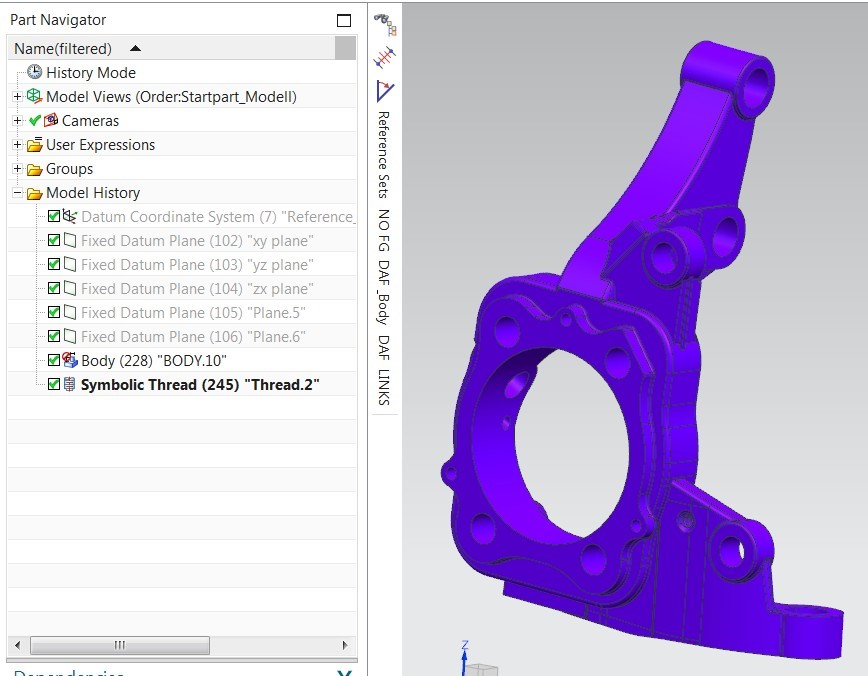 In this post let’s take a closer look at the particulars around migration data to NX from Catia.

The biggest difference in migrating to NX from Catia versus other CAD systems is the use of Geometric Sets in Catia.  CMM migrates these into Feature Groups into your NX part file.

The other key area is the extensive support of Linked Geometry from Catia to NX.  Migration will maintain most of the links created in the Catia file during migration as long as all supporting files are included with the data to be migrated. Standard Order of Repair when working with migrated data:


In the following avi’s we will look at a Wheel/Brake Asssembly created in Catia and then the resultant data after CMM in NX.

Migrate legacy CAD data to NX March 29, 2021 See here for a step by step process on how to migrate that legacy CAD data to modern day NX…
Configuring NX for Automatic Updates over LAN March 10, 2021 Welcome to this step by step guide by our NX expert Pat Mcmanus of Product Engineering Software here at Siemens.
NX Render Blog Series: The Visualization Process for Heavy… November 3, 2020 Enjoying the NX Render series? Register for this webinar on visualizing the Digital Twin for Heavy Equipment! Introduction We’re back…

This article first appeared on the Siemens Digital Industries Software blog at https://blogs.sw.siemens.com/nx-design/cmm-migrating-to-nx-from-catia/