I have always enjoyed wine. When I was younger [much younger!], I thought that it would be interesting and sophisticated to become something of a wine buff – to develop some expertise in and deep appreciation of wine. I thought that I would love to have a cellar and lay down a few cases of favorite wines having bought them at the early, optimal price. There were two reasons why this never happened. First, I doubt that I have the patience and tenacity to develop the expertise; I prefer drinking the wine to pondering about it. The second was cost. Good wine in pricey; the really good stuff is very expensive. There is a danger that one can develop an “expensive palette”. I have a friend who became so expert that he could not abide any wine that cost much less than $100 a bottle and he was not rich enough to buy such wine very often. I have also never owned a house with a cellar; even the house that I own now, which is 130 years old, has no cellar.

Over the years though, I have learned a bit about wine …

I eventually decided that it was useful to know just enough about wine to be able to select in a shop, spot a good deal and not be too fazed by a restaurant wine list. The result of this plan was that I was, for many years, very much biased towards “New World” wines – US, Chile, Argentina, Australia, New Zealand, South Africa etc. This was for a very simple reason: most of those countries’ wines are “varietal” – i.e. the label clearly shows the variety [or varieties] of grapes used to make the wine. I figured that this was the starting point to know what a wine might taste like, if it were a wine that I had never seen before.

European, and particularly French [outside of the Alsace region], wines tended to be labelled with lots of information about where the wine was made, with little of no clue about how it was made. In some cases, this information can be gleaned – for example, all Beaujolais is Gamay grape and Chablis is pure, unoaked Chardonnay – but this needs knowledge; it is not clearly spelt out. 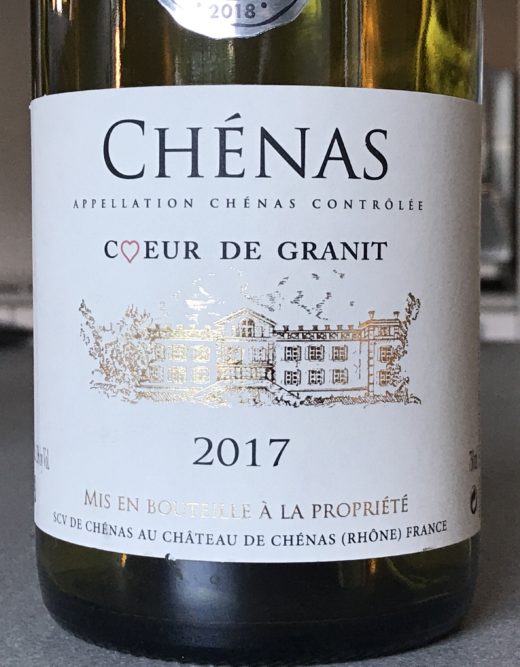 Things are changing in Europe and I am mostly purchasing European wine nowadays, as I feel that it must be environmentally more sensible than shipping it many thousands of miles. However, some wine producers are still doing things the old way. For example, someone recently gave me a bottle of wine. Sadly, I cannot remember who it was, but, if they are reading this, thank you, I enjoyed it very much. The label on the bottle said “Chénas” and I was pleased, as I knew that this is one of the Beaujolais “crus” [the specific areas of the region that make particularly distinctive wines]. Later, when I was about to open the bottle, I studied the label some more and began to have a crisis of confidence in my knowledge. The label mentioned “Rhone” … I checked it with an app on my phone; that was no help – it said that it was Chianti! I Googled and confirmed that the wine was what I thought. I then noticed a mention of Beaujolais in small print on the back label. Nowhere was the Gamay grape mentioned. The wine was excellent, but I could have done without the identification palaver. 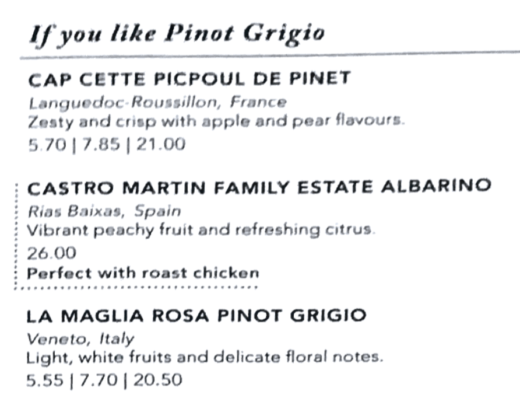 I observe that many people nowadays think in terms of grape varieties when ordering wine. It is very common to hear “I will have the Merlot” or “Do you have Pinot Grigio”. This has the downside that a few grape varieties are becoming very dominant in wine drinkers’ vocabularies and, hence, in the marketplace. I was recently at a pub where they are endeavoring to counter this with a creative wine list. Their list is divided in to Red/White/Rosé/Fizz in the usual way, but then there are headings like “If you like Merlot …” and a list of a few wines in that style. The goal is to encourage customers to try something new by giving them the confidence to branch out. I thought that this was a very commendable initiative.

Security of Medical Devices – A Changing Regulatory… March 2, 2022 Over the past two decades, medical devices have been increasingly likely to be connected to the outside world using Wi-Fi,…
Medical Devices and the FDA, a History of Change August 26, 2022 As you probably know, devices of all types continue to get more complex, more interconnected, and in the world of…
Quality Considerations of Open-Source Software for Medical… January 17, 2022 Traditionally, software intended to run on a medical device was expected to be written by companies well versed in writing…

This article first appeared on the Siemens Digital Industries Software blog at https://blogs.sw.siemens.com/embedded-software/2019/09/05/wine-bluff/