I will return to the simple question that is the subject of this posting: how many letters are there in the alphabet? The answer, for English and most other European languages is 26, starting at A and ending with Z. This is the Latin alphabet. Of course, there are some languages – and Greek is a familiar example – that use a different alphabet. But we will stick to thinking about the Latin one.

Although the Latin alphabet formally has 26 letter, some languages make little of no use of some letters. For example, J and K are of limited use in Italian – my Italian dictionary goes straight from I to M. 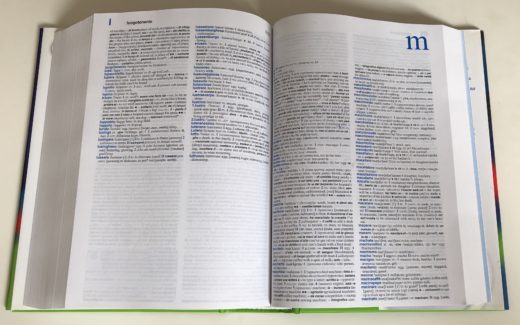 A few languages have some extra letters, but we will come back to that. For the moment, I will look at how we got to 26. It is not so long ago that there was a 27th letter, which looked like this: &. This is the very familiar abbreviation of “and”, which is commonly used in names of companies etc. [Barnes & Noble for example] and we call it an “ampersand”. Originally, it was the last letter after Z and was simply called “and”. This caused confusion when the alphabet was recited because it would end with “… W, X, Y, Z, and”, which sounds odd and incomplete. So people started saying “and per se” – “per se” means “by itself”. This was misheard and resulted in the modern name of “ampersand”. [BTW, a new word that results from the mishearing of something is called a “mondegreen” – a rather useless fact for you!] Later this letter was dropped from the alphabet.

Ampersand was not the first letter to be dropped. Two others, “thorn” and “wynn” were lost many years ago. Thorn was the “th” sound in words like “then”. The nearest looking letter in the Latin alphabet was “y”, so that was used to replace it. This is why there is “ye” as well as “the”. Wynn was replaced by “uu”, which became “w”. The letters U and J have only been in the alphabet for about 400 years.

In many languages, the basic letters are modified by the use of accents. In French, common examples are: é, è, ô, ç; in German, they use an “umlaut”: ä, ö, ü. Even in English, we have a similar accent, used in words like “naïve” to separate the sounds of adjacent vowels. This is commonly called a “diacritic.”

Although there appear to be accented letters in some languages, the users of those languages regard them as completely separate letters. For example, in Swedish they have: ä, å, ö. In the sequence of letters, they are placed at the end, after Z, instead of being next to their unaccented siblings. This, along with the complete interchangeability of V and W, make a Swedish dictionary or phone book somewhat challenging.

So, we started with a simple question, but the answer is more complex than I might have imagined.

Security of Medical Devices – A Changing Regulatory… March 2, 2022 Over the past two decades, medical devices have been increasingly likely to be connected to the outside world using Wi-Fi,…
Photography - an update August 6, 2020 Anyone who knows me or that reads this blog will know that a big interest of mine, and my main…
Nucleus:13 is Proof the System Works November 18, 2021 On November 9, 2021, Forescout announced the discovery of several new security flaws in the Nucleus Networking stack, which they…

This article first appeared on the Siemens Digital Industries Software blog at https://blogs.sw.siemens.com/embedded-software/2018/05/17/how-many-letters-are-there-in-the-alphabet/