I enjoy reading and I always have a book on the go [at least one]. Currently I am reading a book about mathematics and its applicability in everyday life [details here, if you are interested]. The key concept is that mathematics [or most of it anyway] is really just common sense, but it is codified to make it reusable and reliable. So, frequently one can see a solution to a problem, without doing [or maybe with being able to do] the mathematical analysis to derive it. The book addresses various aspects of the topic, which are illustrated with stories.

One story particularly stuck in my mind, so I thought that I would share it …

During World War 2, there was, naturally, a great effort to minimize the loss of aircraft and many careful studies were performed. One way to reduce the possibility of an aircraft being shot down is to provide it with greater armor. But this would add weight, which, in turn, would increase fuel consumption and reduce the aircraft’s operational range. Much thought was given to the problem of selecting which parts of the plane needed most protection. 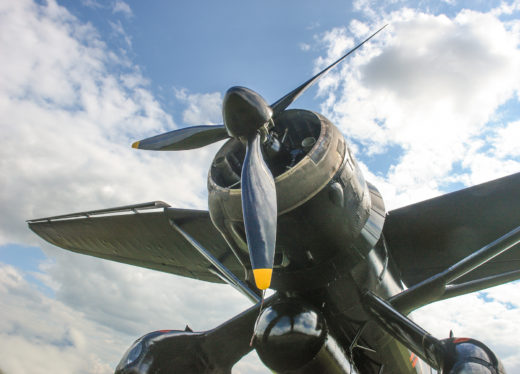 To provide some guidance, planes returning from sorties over Europe were carefully inspected and details of damage noted. The military guys noticed that the damage was not evenly distributed. There were, for example, far more bullet holes in the fuselage than in the engine area. They realized that this was an opportunity to be smart and concentrate the additional armor on the areas that sustained most damage. The question was: how much extra armor would be optimal? They took this problem to a mathematician [Abraham Wald] for analysis. They did not get the answer they expected.

Wald told them that they were putting the armor in the wrong place. He suggested that the damage to planes – the bullet holes – should, on average, be evenly distributed. The reason that it was not was because they were only looking at aircraft that returned home. For the complete picture, they would need to inspect all the planes that had been shot down too. This was obviously not possible. He went on to explain that the lack of bullet holes in the engine area pointed to this being where the armor was needed. It is just common sense: a plane hit in the engine is less likely to make it home than one with a hole in its wing. It is analogous to people being shot. The hospital is full of people with leg wounds; the chest wounds are more likely to be in the morgue.

When Wald offered this advice, he did so without performing any calculations – he just used common sense, with a mathematician’s knack for spotting the use of assumptions. He later backed up his advice with a rigorous mathematical analysis, but the conclusions were the same. Countless lives were saved by this insight during the rest of the war and the subsequent conflicts in Korea and Vietnam.

As usual, common sense wins and maybe intuition did not help on this occasion.

Security of Medical Devices – A Changing Regulatory… March 2, 2022 Over the past two decades, medical devices have been increasingly likely to be connected to the outside world using Wi-Fi,…
Medical Devices MUST Be Secure September 24, 2021  I recently had the opportunity to present in a Webinar focusing on security needs of medical devices along with Patrick…
OFF-TOPIC: The joy of reading November 19, 2020 For as long as I can remember I have liked books and reading. As a child, I was a keen…

This article first appeared on the Siemens Digital Industries Software blog at https://blogs.sw.siemens.com/embedded-software/2017/09/07/the-missing-bullet-holes/