The idea started to hatch a couple of years ago. Libby and I realized that 2017 was going to be a special year for us. This year we both turned 60, we both had children and we have a daughter-in-law all of whom turned [or will turn] 30, we had been together for 10 years and married for 5 years. So much to celebrate! This called for a serious party.

From the start, we knew we wanted to hire a venue, and the local rugby club was our first choice, as we are very familiar with the place and know the facilities manager. We wanted a family-friendly party, with food and live music. We thought about dates and decided that summer time would be best, as, apart from the rugby club being quiet out of season, we might just get good weather enabling the party to leak outdoors. We settled on Sunday 27 August [the following day was a public holiday]. We booked the venue and we were all set.

The next thing to consider was music. We thought about various musicians that we both like and settled on two guys: Remi Harris, who plays guitar [often in the style of Django Reinhardt], and Ben Holder, a violinist [who mainly plays in the style of Stéphane Grappelli]. They both play a lot of gypsy jazz, which is quite listenable for most people. They agreed to each play a set and then do a few numbers together.

Earlier in the year, Libby’s son was getting married. I assisted them with getting a professional photographer. They looked at a number of photographers’ websites, but were very impressed by the work of the one that I recommended. So, Maxine was booked. I was slightly nervous, as I had encountered quite a few people who had been underwhelmed or disappointed by their wedding photographs. I need not have worried. Maxine’s work exceeded everyone’s expectations – some of the best wedding photography I have ever seen. [And she was not exceptionally expensive, which pleased me, as I was paying!] When I saw her work, I had a bright idea and hired her to come to our party to record the event.

Early on in our planning, we agreed that we wanted a strict “no gifts” policy. We want for nothing in our lives, so we would rather people spent their money on something more worthwhile. However, knowing how generous our family and friends can be, we felt an outlet was needed, so we nominated a charity [the local hospice] and invited folks to make a donation at the party. To encourage everyone to “dig deep”, I pledged to match all donations penny for penny. I came up with the idea of running a raffle, as everyone likes a “flutter”. Lots of people promised to donate prizes [including a CD from each musician], so that looked good. I then had the idea that, as we had a pro photographer there, we could set up a little studio and guests could have family portraits taken in exchange for a donation. 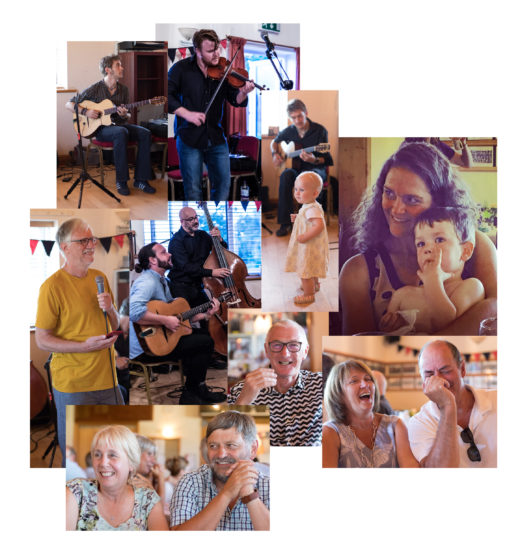 Sending invitations should be one of the pleasures of throwing a party, but we were challenged. The venue has a finite size, which limited us to around 100 guests. If we had been able to rely on being able to expand outside, we could have looked at a bigger number, but experience of the capriciousness of English weather told us that this would be unwise. With much wrangling, we narrowed down our list and issued invitations. A few people were unable to attend, so we could invite just a few more. We were sad that some people never made it on to the list.

The final weeks, prior to last Sunday were spent [mainly by Libby, I have to confess!] making all the preparations for the execution of the party: everything from booking a caterer, to setting up the tables and inflating balloons. It had seemed a long time coming, but Sunday arrived and we just hoped that all the arrangements would work out. 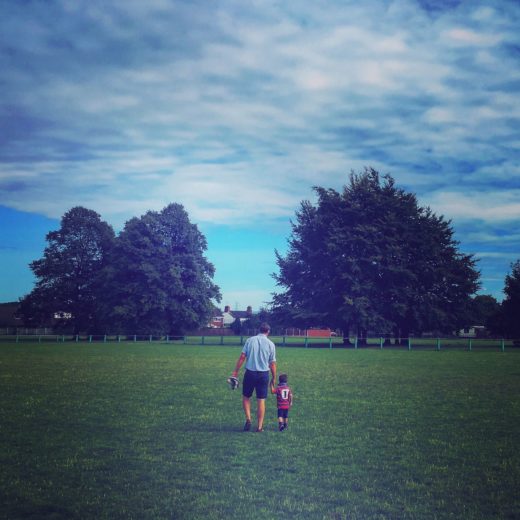 The party happened and everything went extremely well – even the weather was great. Our guests all turned up. The caterers and venue staff did their jobs splendidly. The musicians performed as planned and blew everyone away. We already knew that we had very generous friends and family; it seems that my pledge to match their donations did prove the incentive to go that bit further. It was an expensive weekend for me! ? Overall, it was “mission accomplished”, as everyone had a good time. After the party, we cleared up [with lots of willing helpers!], went home, drank a few relaxing beers, and went to bed happy and exhausted after an emotional experience that we’ll never forget.

[Thanks to Ian and Harry for the photos.]

Security of Medical Devices – A Changing Regulatory… March 2, 2022 Over the past two decades, medical devices have been increasingly likely to be connected to the outside world using Wi-Fi,…
Medical Devices MUST Be Secure September 24, 2021  I recently had the opportunity to present in a Webinar focusing on security needs of medical devices along with Patrick…
OFF-TOPIC: Lost and found February 18, 2021 When I come into the house, I hang my keys on the hook. If I want my keys and they…

This article first appeared on the Siemens Digital Industries Software blog at https://blogs.sw.siemens.com/embedded-software/2017/08/31/party-on/