Once in a while, I write a blog post that is very personal. This is such an occasion. My father, Lawrence Walls, died last Sunday. His death was no surprise really, as he had been declining for many months and very much so in the past 2-3 weeks. His death was peaceful. He was at the care home where he and my step-mother have lived for the past 6 months – though he has frequently been absent, as various health issues prompted hospitalization. My aunt [his sister] and I were visiting. When we first arrived, he was not apparently conscious – just breathing quietly, eyes almost closed. When we returned to him later, he was breathing no more.

I am sad and I will miss him, of course. But if I am truly honest, I feel some relief that the uncertainty is over – I am told that this is quite normal after bereavement. I have been grieving the loss of the active, intelligent man, whom I have looked up to all of my life, as he gradually faded over the last couple of years. I am glad that his suffering is over; whilst he was not in terrible pain, he has had an appalling quality of life for a long time. Contemplating a world, where he is no longer present, makes me ponder what he meant to me …

I suppose everyone has different feelings and attitudes towards their parents. I think that, as a parent, one hopes for respect, admiration and for one’s example and advice to be followed. Disappointment is probably inevitable, but I very much hope that I did not disappoint my Dad.

When I think about it, his biggest role in my life was as a teacher – both explicitly telling me about things, showing me how to do things and teaching by example. When I was little, I used to ask lots of questions, as many children do. My Dad knew everything. And then, one day, he realized [and maybe I did as well] that he suddenly no longer had all the answers. He responded to this realization in two ways. 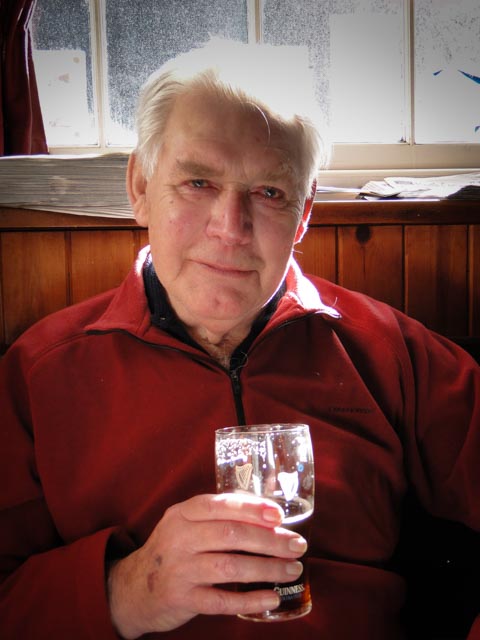 Firstly, he started making up the answers. I am sure that he thought that it was a fun joke to come up with creative and, perhaps, very fanciful ideas with which to fill my head. I recall one specific example. We were in a shop buying my school uniform. It was an old-fashioned place where there were no cash registers. The shop assistant would place the money and the sales document into a small cylinder and push it down a pipe. These pipes could be seen snaking all over the store, up pillars are along the ceiling. I asked my Dad where all the pipes went. He told me that it was a vast network that connected all the shops and banks etc. Pleased with the result of this revelation, he became more expansive. He asked me whether I had noticed that parking meters [which were very new then] had a box at the top, into which you put a sixpence, and pipe going into the ground. This pipe looked exactly like the ones in the store, because it, too, was part of the network. I visualized all the coins shooting down the pipes. I guess that Dad was relieved that I did not press him on details, like how did all the items find their correct destination.

His other response to my constant questions was more laudable. He purchased a large set of encyclopedias. These were, I imagine, quite expensive and there was very little spare money around at that time. However, these books were a good investment, as they got very extensive use. He was frequently amused to find me at the dining room table with maybe nine volumes open, along with various bookmarks hanging out. I usually went to look up something, but started following up references and soon got lost in my meanderings, forgetting what I had first wanted to know. This is exactly how I use the Internet to this day.

My father also taught by example – often, I am sure, unwittingly. An instance of this was career choice. I was never pushed in any particular direction, but advised that doing well at school would maximize my options. Dad had trained as an architect, which is what he had wanted to do since he was about 8 years old. He did this job for most of his life, mostly in a partnership with a colleague, but later in his own practice. He loved what he did and, as a child simply observing, I could not see the join between his working life and everything else. I was quite perceptive, because there was no join. What he taught me was that the way to lead life is to find your passion and then figure out how to make a living doing it. It was only much later – in my teens perhaps – that I realized that lots of people – most people – just do what they do in order to pay the bills. Many people hate their jobs, or at least find them tedious, and live for Friday. However, for me, the damage was done. I got lucky and have always managed to make a living doing things that I enjoy.

As he started the second half of his life, Dad experienced some big changes. My mother died in 1979 and, not long after, he had some significant financial difficulties. The building trade was always going up and down and his fortunes were carried with it. In due course, he pulled things together. He met a woman, who was to become my step-mother, with whom he seemed to find happiness. They certainly went on to have a very active retirement for many years. It is curious how similar my life has been in many ways, as I too was bereaved some years ago and have been lucky enough to find happiness again.

I have always hoped that Dad was satisfied with what he taught me and what I did with the knowledge and insights. I always wanted him to be proud of me and I have no reason to think that he was not. In 1986, when my first book was published, I sent him a copy with a bookmark leading him to the dedication page:

A while ago, someone said to me that, although they never knew him very well, my Dad was “A Decent Chap”. I think he would have been very happy with that description. I believe that, if he had written dow his three rules for leading his life, they would have been something like: do the right thing; try to help people; approach life in an optimistic fashion.

For some years, I have carefully stored an envelope that he gave me, which had “To be opened when I die” written on it. Inside was a small note, with some useful factual information and his last words: “I have always tried to do my best – where I have not succeeded, I am sorry.” Then one more word: “Goodbye”

OFF-TOPIC: Lost and found February 18, 2021 When I come into the house, I hang my keys on the hook. If I want my keys and they…
Medical Devices MUST Be Secure September 24, 2021  I recently had the opportunity to present in a Webinar focusing on security needs of medical devices along with Patrick…
Security of Medical Devices – A Changing Regulatory… March 2, 2022 Over the past two decades, medical devices have been increasingly likely to be connected to the outside world using Wi-Fi,…

0 thoughts about “My Dad, RIP”

This article first appeared on the Siemens Digital Industries Software blog at https://blogs.sw.siemens.com/embedded-software/2016/01/21/my-dad-rip/