I recently mentioned that I was planning – or at least seriously considering – moving from Windows to Mac as my primary computing platform. I immediately received some very positive responses from guys who have already made the move and were keen to share their enthusiasm. I thought that this might be a good time for an interim report on my progress.

When my wife asked me what I thought of the MacBook Pro after I had been using it for a while, I used a word which she did not believe she had ever heard me utter before. Suffice it to say, in summary, I will quote a well-known vendor of fine food: “I’m lovin’ it” …

As planned, I have been using the MacBook Pro as my main computer for a couple of weeks now, learning as I go and addressing problems as they arise. Here are some of the issues that I have dealt with: 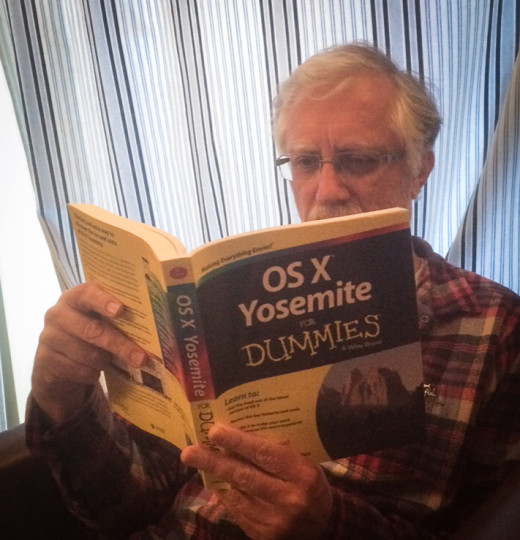 There are still some unknowns and things that I do not yet understand or do not know how to achieve, but I am enjoying the learning process. The bottom line is that the computer just @$§*ing works. If it happens to be fun to, that is a bonus.

I bit the bullet and ordered my iMac as I am adequately convinced that this is the way forward. The machine has a 27 inch 5K screen, 16GB memory and a 3TB fusion drive [mix of hard drive and solid state]. I was aiming to be as future proof as possible without ridiculous overkill. Hopefully this will fit the bill. I anticipate delivery in a few days, but because of business travel and some upcoming vacation, it will be sitting in its box for a couple of weeks.

BTW, the word Libby was surprised to hear was “awesome” …

Medical Devices MUST Be Secure September 24, 2021  I recently had the opportunity to present in a Webinar focusing on security needs of medical devices along with Patrick…
OFF-TOPIC: Lost and found February 18, 2021 When I come into the house, I hang my keys on the hook. If I want my keys and they…
Security of Medical Devices – A Changing Regulatory… March 2, 2022 Over the past two decades, medical devices have been increasingly likely to be connected to the outside world using Wi-Fi,…

This article first appeared on the Siemens Digital Industries Software blog at https://blogs.sw.siemens.com/embedded-software/2015/06/11/how-mac-and-i-are-getting-along-an-interim-report/