It is rather ironic. I am not very interested in video and TV. Although I do go to see the odd movie, I am much more interested in still photography. I have a very nice TV, which I enjoy when I do want to watch something. I just hope that my family can help me get value for money. I mostly regard YouTube as a waste of bandwidth – many videos have almost no useful visual content.

Yet, I seem to have a habit of getting involved in these things …

A while ago, I wrote about participating in the recording of an EggHeads quiz show. I had no idea what I was letting myself in for when I agreed to join my friend’s team, as I had never seen the show on TV. But it turned out to be great fun. We were told that the broadcast would be much later in the year and that we would be told the date. Well, it is now later in the year and we have the broadcast details: Wednesday 5 November at 18:00 GMT on BBC2 [and iPlayer for a month thereafter]. This is also accessible outside of the UK by various means, but I am unclear of the legality, so I am not going to post details here. Maybe it will be on YouTube in due course.

I have also been involved in making a video as part of my professional activities. I am a member of a marketing team and there is a plan for us to effect a diversification of our skills as well as making best use of the talents and abilities that we already have. One of my key skills is presentation. I do a lot of it and I tend to get good feedback from audiences. So, I came up with the idea of making a brief video tutorial on presentation techniques. 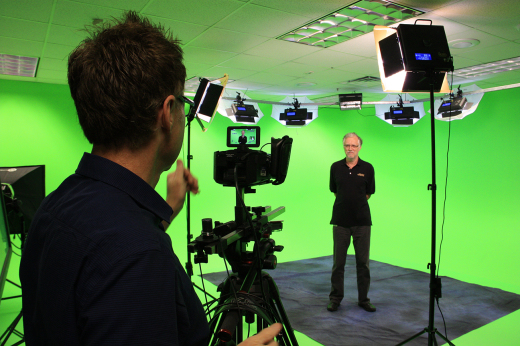 So, a few weeks ago, while I happened to be visiting the US, I spent a couple of days in Wilsonville, OR at the Mentor Graphics HQ. During this time we shot the footage for the video, which I had been planning in the previous weeks. My idea was to demonstrate how not to do a presentation and then analyze my “errors”. It was fun to do and I hope that audiences enjoy the result. Currently, a colleague is working on editing the material, which should be completed in the coming weeks. Although we were making it for internal use, I hope that it might be available externally. If so, I will mention that around here.

Photography - an update August 6, 2020 Anyone who knows me or that reads this blog will know that a big interest of mine, and my main…
OFF-TOPIC: Expectations vs reality January 14, 2021 I am of the opinion that disappointment is an underrated emotion. Many people do not see to take it seriously.…
Getting along with a Mac July 23, 2020 I realized recently that I had arrived at the fifth anniversary of a kind of freedom. It was in the…

This article first appeared on the Siemens Digital Industries Software blog at https://blogs.sw.siemens.com/embedded-software/2014/10/30/i-am-a-star-of-tv-and-video/