Maybe I should apologize for going on about C++ yet again, but, following on from the recent online lecture series that I conducted, I learned that there is a lot of interest in the topic. I also found the experience a very fruitful source of ideas, inspiration and queries – much of this will appear here.

During the lectures, I would periodically pose a question, which the attendees could answer via the chat. An interesting one was: how does a struct differ from a class in C++? … 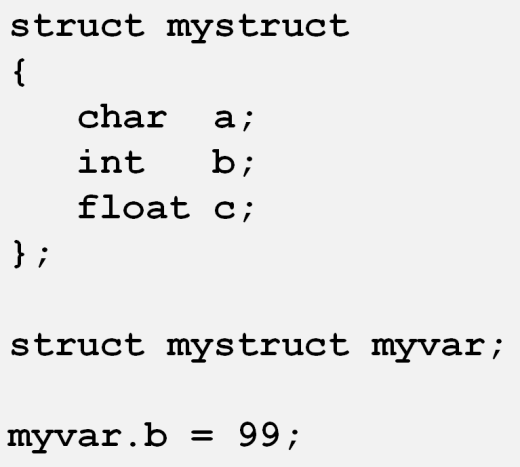 I will start by defining a struct in C. I would see it as a customized, composite data type, which may be constructed from the existing built-in data types [int, char, etc.], bit fields [integers of specified bit size] and other structs. This example shows a simple example of a struct definition, along with the declaration of a variable of that type and access to one of the fields. A struct is a handy and flexible way to represent data. Similar facilities exist in most modern programming languages.

How does a C++ class differ from a C struct? There are a few differences. The key ones are:

Most of these are illustrated in the example here. 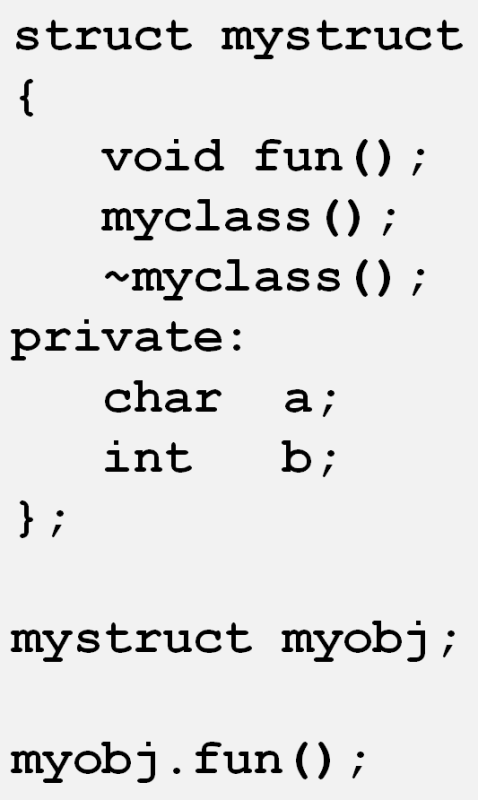 But what about a struct in C++? The last example here gives a clue. The only difference between a struct and class in C++ is the default accessibility of member variables and methods. In a struct they are public; in a class they are private.

Having imparted this information, I urge you not to exploit it too heavily. A key priority when you are writing code is to ensure that it is readable [=maintainable]. Somebody – it could be you – might need to look at this code in a year’s time and understand what it does. I have heard advice as follows: Assume that the person that will maintain your code is an armed psychopath, who has limited patience and knows your home address.

Initializing structures in C March 8, 2021 I have been using C for over 30 years; using it, teaching it, writing about it, supporting users. Of course,…
emBO++ - embedded conference online March 22, 2021 Later this week is an online embedded conference; the interestingly named emBO++, at which I have two sessions: Power Management…
Using open source vs. commercial Linux October 21, 2022 Using Linux in your medical device has plenty of advantages. A successful migration to embedded Linux can bring numerous advantages…

0 thoughts about “struct vs class in C++”

This article first appeared on the Siemens Digital Industries Software blog at https://blogs.sw.siemens.com/embedded-software/2014/06/02/struct-vs-class-in-c/