As I mentioned last week, I am very much in “C++ mode” just now, mainly because I am preparing for some online classes. As a result of various social media contacts, I am getting some interesting impressions of how C++ is viewed among embedded developers. There is certainly much controversy. Some developers love it, but many are very critical.

Various aspects of the language concern engineers, and a particular one is exception handling …

The Exception Handling System [EHS] in C++ has nothing to be with exceptions in the sense of being hardware interrupts. It is designed to handle exceptional situations that are detected by the software. The intention is to provide a controlled failure mode, where a smooth exit from some deeply nested function calls is required [without resorting to goto]. 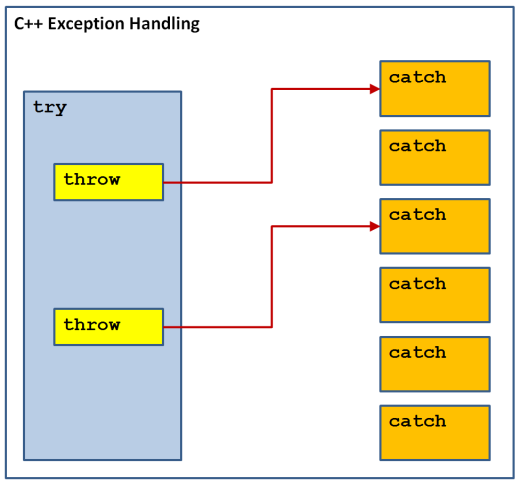 The use of EHS is quite straightforward. Code that needs EHS activated during its execution is enclosed in a try block. A throw statement is used to assert an exception, which is identified by means of a class. Processing of the exception is performed by some code in a catch block. There is normally one catch block for each type of exception that may be asserted.

This seems quite neat and simple and does provide a way to write fairly readable code in which exception handling is needed. However, there are some key points that should make embedded developers wary:

Personally, I would shy away from using EHS, but, used with care, it may be beneficial to many designs. The overhead should be carefully measured.

OFF-TOPIC: How many words? March 11, 2021 I am fascinated by language and communication. Because I am British - or, rather, English, to be precise - I…
Medical Devices and the FDA, a History of Change August 26, 2022 As you probably know, devices of all types continue to get more complex, more interconnected, and in the world of…
Medical Devices MUST Be Secure September 24, 2021  I recently had the opportunity to present in a Webinar focusing on security needs of medical devices along with Patrick…

0 thoughts about “Exception handling in C++ – developers are wary”

This article first appeared on the Siemens Digital Industries Software blog at https://blogs.sw.siemens.com/embedded-software/2014/05/12/exception-handling-in-c-developers-are-wary/