I have a newish colleague, Findley, who is an specialist in social media and has been hired to help Mentor Graphics perform better in this important area. It was decided that I needed a more “interesting” personal profile for a specific purpose and we concluded that it might work well in the form of an interview. The obvious way to do this would have been for me to write some questions and then answer them. But I suggested something more interesting. I thought that it would work better if Findley, who is less than half my age [she is a social media expert – what do you expect?], posed the questions, as I was sure that she would have a different take.

I was right. I thought that I would share the results here …

Because I read a lot – particularly when I’m traveling – the last book I read is not very significant. I tend to forget [most] books quite quickly, so I keep notes. These are posted in a blog: http://colinwallsbooks.blogspot.co.uk/

Tell us a joke:

There are 10 kinds of people in the world: those who understand binary and those who don’t. [Is that geeky enough for you?]

In a Karaoke bar my “go-to” is the door marked “Exit”. I don’t do singing. Ever.

Wine or beer and type:

I like wine and beer, but rarely drink other alcoholic beverages. I always stick to one or the other as I have found that mixing wine and beer in an evening always makes me unwell. I mostly prefer red wine to white; probably New World over European. If I had to be very specific I guess I would favor Californian Zinfandel [Ravenswood perhaps], but, to be perverse, on a warm day, a bottle of slightly chilled Beaujolais is hard to beat. I have broad taste in beer, but “proper” English ale is my favorite. If I have to be very specific: Wadworths 6X has served me well for nearly 40 years.

Place where you feel most at peace:

I am not sure that I have a single place, but I do like to be near the ocean. I just take off my clothes and lie on the sand feeling the heat of the Sun and the sound of the sea. That is just perfect. However, I am rarely so still for long. I am soon on my feet and off to explore what’s around the next headland.

One piece of advice you give to your daughters:

“Never take advice from middle-aged men.” But, more seriously, I would tell them to follow their heart and not waste their lives just doing what they are told is “right” or “good”.

I am not really sure what my first job was. I guess I helped my Dad when I was quite young. He was an architect [now retired] and I would hold the end of his tape measure when he was surveying and, later, build models of buildings from his plans. Of course, nowadays he would have a laser measuring device and 3D modeling software, so I would be redundant. I once worked all summer to earn £35 [about $500 in today’s money] to buy my first 4-function calculator. I also worked in a boat shop when I was a kid and that was very influential on my growing up. My first “real” job after I graduated from university was programming real time and embedded systems for a manufacturer of materials testing machines. That, too, was a good start to my career.

If you could be any superhero, who would it be?

Not Superman, as I am averse to wearing my underpants on the outside. I am not keen on spiders … I guess it would be Batman, as he has the coolest technology [as long as I could give Robin the push].

If you could have any other career, what would it be:

I am not sure that I have ever felt that I would rather be doing something else. But, if I had to choose, I guess I’d want to do something which is positively beneficial to the world. I have never done any significant harm in the course of my work, but I don’t think I’ve actually made the world better in any significant way. So, maybe I might have liked to be a teacher of some kind.

Best part about being British:

I get to live in a beautiful country and speak the most useful language naturally.

Worst part about being British:

I have to put up with people with an inflated [i.e. outdated] idea of our importance as a nation. Brits are also afraid to say what’s on their mind – I think we should be a bit more up front. Most of all I dislike Brits abroad, who want the whole world modified to address their needs. [I can go on for a while on this topic …]

Most memorable industry event and why:

There have been lots, but I guess the most memorable was when I started with Microtec in 1986 [effectively starting my current job]. On my first day I helped set up a trade show booth at the Micro Development Show [the word “embedded” was not in use back then]. The next 3 days I was manning the booth with my boss. The first day I listened to him talk to customers. By day #3 I was an old hand.

Favorite film and why.

I am not a great film buff, so I don’t think I really have a favorite. I do go to the cinema quite often though – we are members of the local theater [I do prefer live theater and music to movies] and, as a spin off, we get free movie tickets every week. The last film I saw was About Time, which was entertaining.

Whom would you want to meet, living or dead, and why?

That’s tough, as there are and have been so many people from whom I have taken inspiration. If I focus on the dead ones [as there is a finite chance that I might meet the living ones], names that immediately come to mind are Isaac Asimov, Carl Sagan, Gene Roddenberry and Eric Laithwaite. But, if I had to choose just one, I’ll go for Isaac Newton. He had it all: he was a scientist, mathematician and artist – an all round genius.

Food that you can’t get enough of.

This is hard, as I like most food. I was taken to Italy by my parents when I was about 17, having never had Italian food before [UK in the early 70s was like that!]. I loved the food and have never looked back. Probably the best are well made gnocchi with a suitable source – Gorgonzola probably.

Do you (still) have any ambitions that you would like to fulfill?

I had lots of ambitions when I was younger and many of them have been checked off my list. My biggest was to publish a book, and I was 30 when I did that. Currently I am doing all kinds of stuff. For example I am taking classes to learn to swim properly, as I somehow missed doing that when I was a kid. When I was growing up, I wanted people to observe something that I had done and say, “But he did it so young!” Now I hope to live to be old enough and be busy enough that someone will say, “And he can do that at his age!” 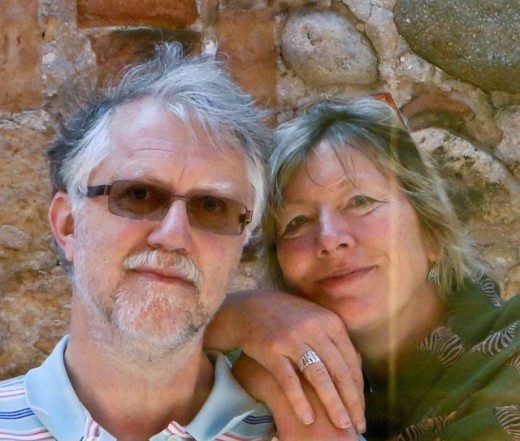 What are your favorite vacation destinations?

I think there is much to be said for striking a balance between going to new places and returning to familiar ones. I enjoy much of my own country, as the UK has much to offer; I particularly like Devon and Cornwall. On reflection, I realize that I quite like islands – maybe it is because they are clearly bounded: the Balearics [Formentera], the Canaries [Fuerteventura] and the Greek islands [Kefalonia]. I have always wanted to go to Iceland.

What is the most fun thing that you have ever done?

Although it sounds unlikely, I once had the unexpected opportunity to ride a dog sleigh. This was in Northern Finland in February. It was cold and there was lots of snow. There I was, standing on the sleigh with a pack of six Huskies pulling it along. At one point, I could see nobody else in my party. The sky was dark, but I could see because of the snow. All I could hear was the panting of the dogs and the “swish” of the sleigh on the snow. I had an odd feeling and asked myself what it might be: “This is me – having fun!”

This article first appeared on the Siemens Digital Industries Software blog at https://blogs.sw.siemens.com/embedded-software/2013/10/10/its-not-all-about-me/