One man’s problem is another’s opportunity! I have no idea who said that originally, but it is so true. Many years ago, I worked in Technical

Support and was feeling a bit down one day. I looked at the fat file labeled “Customer Problems” and wondered how I would cope with all these dissatisfied people. I then relabeled the file “Customer Opportunities” and felt much better.

Life is full of opportunities. They can arise in odd places and result in odd connections …

When I was a kid, we lived by the sea. I have always liked the ocean, which makes it seem rather odd that I live about as far from the coast as you can get in the UK! But that is because I have followed other opportunities. One Friday evening, 40-something years ago, there was a knock at the door. It was our next-door neighbors, with whom we were quite friendly. They presented me with an opportunity. They owned a shop that sold stuff for boats – anything you could imagine from clothes to outboard motors, from screws and nails to rope. They were looking for a lad [that was me] to work there on Saturdays. I had not been looking for a job, but it sounded worth trying. The pay was reasonable – £2.50 [$3.75] for the day – and I liked the idea of being financially independent.

Working in a boat shop, meeting people all day, meant that I faced two challenges: I knew little about boats and I was very shy and not sure that I liked talking with strangers. Both of these were overcome. I was a fast learner and could soon handle most things that customers wanted. Over time, working there was the best possible therapy for my shyness. If it had been a shop where it was simply a matter of scanning bar-codes [did not have those in 1970!] or just selecting stuff off of shelves, I would have been bored quite quickly. But customers came in with problems to solve and it was my job to sell them solutions. Now, that was interesting.

One of the skills that I learned over my years working in the shop, was rope work. All boats, and sailing boats particularly, make extensive use of ropes of all types. To use rope, you need to tie knots and make splices and I became interested in the techniques. We found that customers would pay good money to have neat eyes spliced in the end of their anchor rope, for example. If I say so myself, I became quite good at it. At a certain level, that interest persists to this day. I can still tie a few useful knots and splice a neat loop. When I am by the sea, I find myself inspecting the rope work on boats and often end up shaking my head. 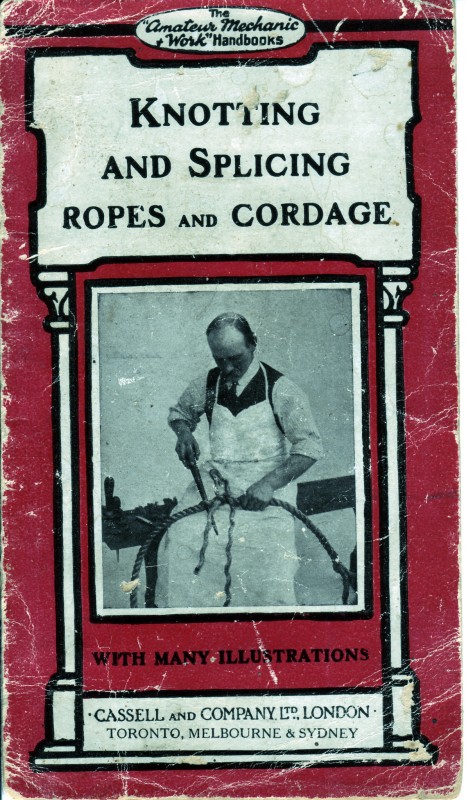 My interest was piqued last week, when my wife showed me a book that had belonged to her late father. It was falling to bits [literally] and on its was to Recycling, but I delayed its progress briefly. The book was published in 1904 and called “Knotting and Splicing Ropes and Cordage”. It is a small book, full of old fashioned illustrations, a few of which I rescued. Oddly, though it claims to be a “treatise” it never actually shows how to splice a loop.

When I worked in the shop, we sold nautical books, one of which was the definitive guide to 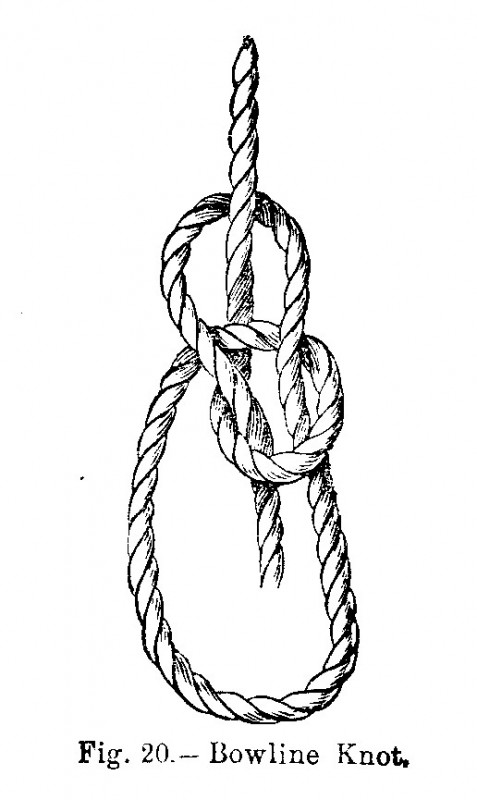 rope work: “The Ashley Book of Knots” – a big, thick book with a large price tag – it cost about 10X my day’s pay! I vowed that I would own a copy one day. That day came many years later, when I got the initial royalty check for my first book. I wanted to buy something extravagant and unnecessary – a copy of Ashley seemed just the ticket. I still own that book and often enjoy leafing through its illustrations [more than 4000 of them!].

For the record, my favorite knot is the Miller’s Knot, which is easy and useful, but not widely know today. Give me a piece of string/rope and I will teach you.

This article first appeared on the Siemens Digital Industries Software blog at https://blogs.sw.siemens.com/embedded-software/2013/09/05/knots-and-splices/