In the UK, we think about and discuss the weather a lot. I have various theories as to why we do this, but I guess it is mostly because we have quite a lot of weather. Fortunately, we tend not to have extremes of heat or cold and the likes of hurricanes are almost unknown. However, the nature of our geography means that our weather is very changeable and unpredictable; weather forecasts are notoriously inaccurate and making plans based on future weather is often foolish.

The bigger climatic picture should be easier to handle. We do have four distinct seasons …

I got thinking about this topic the other day, when I was pondering the competitions run by my camera club in the coming year. One of the themes is “The Seasons”. I now have an idea for a picture to depict the passing of the seasons – though I am still open to suggestions. This got me wondering when the seasons officially start and finish.

From an astronomical point of view, the seasons are quite well defined. The Earth is tilted on its axis, so there is a particular time of year when each hemisphere gets the maximum amount of sunlight – i.e. the longest day, the Summer Solstice. This occurs around 21 June for the Northern hemisphere. Similarly, the shortest day is six months later; the Winter Solstice occurs on about 21 December. Midway between the solstices are points when day and night are exactly the same length – the equinoxes, which occur on or about 21 March and 21 September. It is generally accepted that the solstices and equinoxes define the mid-points of each season. As they are each considered to be three months long, working out the approximate start and end dates should be simple enough. But it really is not that straightforward.

In different countries, the idea of when Summer vacations should be taken varies. In the Nordic countries they start early, often taking vacation in June. I can imagine that, after a long dark Winter, it is natural to grab Summer at the earliest opportunity. [Also, Nordic people have a certain child-like impatience. They open Christmas presents on Christmas Eve, for example. This is just my opinion …]. In the US, school Summer breaks begin in early July and they are returning about now. In the UK and most European countries, school breaks start in late July and finish in early September. 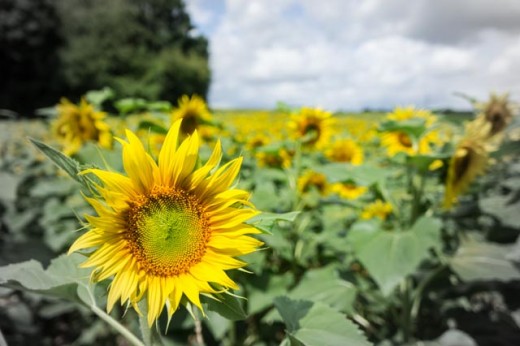 So, is there a “logical” time to regard it as officially summertime? I believe that the UK/Europe approach makes most sense. Although the solstice/equinox dates define the mid-points of the seasons astronomically, they do not really do so meteorologically. This is because the Earth has enormous thermal mass and takes a long time to heat up and cool down. It seems more reasonable to regard the solstice/equinox dates as the start of each season. That really seems to fit in with the weather.

So, I guess it is very much Summer now, which might explain why there are gray clouds and light rain …

OFF-TOPIC: The change of day length February 4, 2021 On the worst of Winter days - when it is gray and damp - I long for Summer. I fantasize…
Security of Medical Devices – A Changing Regulatory… March 2, 2022 Over the past two decades, medical devices have been increasingly likely to be connected to the outside world using Wi-Fi,…
Quality Considerations of Open-Source Software for Medical… January 17, 2022 Traditionally, software intended to run on a medical device was expected to be written by companies well versed in writing…

This article first appeared on the Siemens Digital Industries Software blog at https://blogs.sw.siemens.com/embedded-software/2013/08/15/is-it-summer-yet/