Traveling is a popular activity – indeed, a passion with many people. There are countless “100 places to see before you die” books and websites. I am less enthusiastic. Maybe it is because I have done a lot of business travel, which is often hard work, but can have its upsides. Probably, I am also influenced by living in a beautiful place in a country with much to offer within its shores.

However, there are some sights that even make me draw breath …

The first time that I visited the US – in 1986 – I was in Silicon Valley. The first opportunity that I had to explore, I drove into San Francisco to see the Golden Gate Bridge. I felt that this was an essential experience, as I might never go there again. As it turns out, I have visited there countless times since, but never tire of one of the most beautiful structures in the world and love to walk or cycle across it. 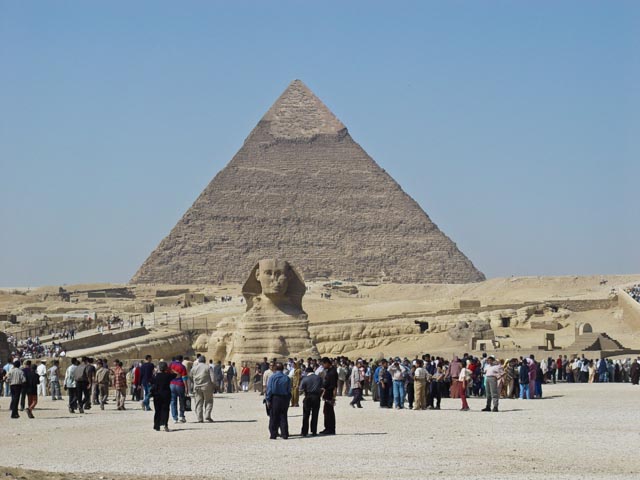 The pyramids at Giza, near Cairo in Egypt, are a familiar sight to most people from pictures in books etc. When I visited there, I was unsure whether I really wanted to trek out to actually see them, as I already felt that I knew what they were like. I was wrong. Although their shape etc. is familiar, you have to stand next to them to get the scale. No image can do them justice. They are big! Really, really big. They are impressively large structures by today’s standards, without considering the fact that they were built thousands of years ago without most of the technology that modern construction depends on.

I have always liked Lego bricks. They were quite a new toy when I was a child, but they seem to still be going strong. So, I was fascinated to come across an article recently which considered what could be done if you had all the bricks ever made – 472 billion of them! The answer is that you could build:

I think that about nails the scale issue …

This article first appeared on the Siemens Digital Industries Software blog at https://blogs.sw.siemens.com/embedded-software/2013/07/25/lego-and-the-pyramids/