I figured out that I have been using an iPad for just about 1000 days. I do not just mean that it is around 3 years since I first bought one. I mean that I have used it every single day for the last 1000 days. As I described, when I wrote my my initial impressions, I was not sure what I wanted an iPad for when I made that initial purchase. I was just sure that tablets were the way forward. My usage of the device has evolved. In my interim report, I set some of the directions, but was still trying stuff. I also appraised how I felt about the iPad.

After six months, I felt that my usage of the device had settled somewhat and I documented what apps I used. It was 2 years later, after I had upgraded to an iPad 3 that I updated my description of the apps I used. Now I really do feel that the way the iPad fits in to my life has matured and stabilized …

I just checked and I have approximately 83 apps installed on my iPad. In reality, there are only a hand-full that I really use on a daily basis and would miss if they went away:

I am sure that things will still change somewhat over time, as new apps appear frequently. But I think that the iPad’s niche in my life is now quite clear. 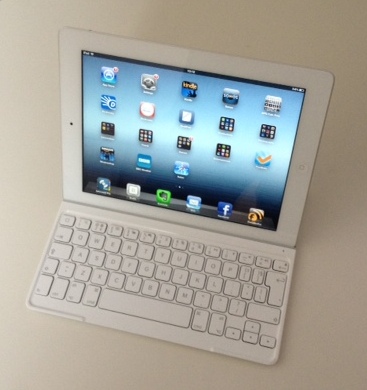 I recently bought an interesting iPad accessory. I have always been OK with the on-screen keyboard, as I rarely input large volumes of text to the device. However, I decided to invest in a Logitech Ultrathin Keyboard/Cover, as it was highly recommended and I thought that it might extend the usefulness of the iPad further. We shall see …

Security of Medical Devices – A Changing Regulatory… March 2, 2022 Over the past two decades, medical devices have been increasingly likely to be connected to the outside world using Wi-Fi,…
Medical Devices MUST Be Secure September 24, 2021  I recently had the opportunity to present in a Webinar focusing on security needs of medical devices along with Patrick…
Quality Considerations of Open-Source Software for Medical… January 17, 2022 Traditionally, software intended to run on a medical device was expected to be written by companies well versed in writing…

This article first appeared on the Siemens Digital Industries Software blog at https://blogs.sw.siemens.com/embedded-software/2013/02/21/a-1000-days-with-an-ipad/