The term penny is very ingrained in the English language, but that may be temporary … 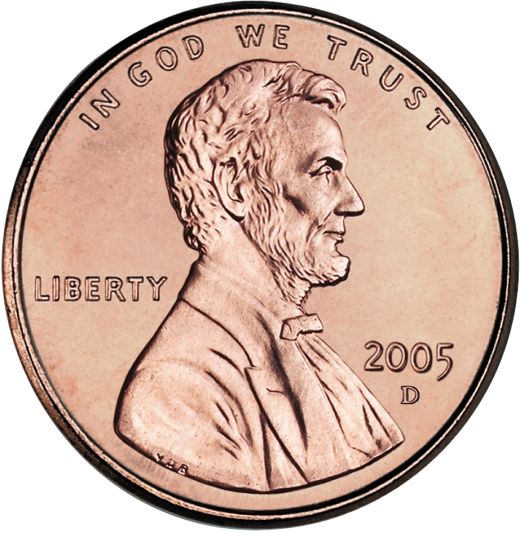 We are all familiar with many phrases that use the word “penny”. For example, you may be offered “a penny for your thoughts.” Do you know the song “Pennies from Heaven”? The term “spending a penny” is an old-fashioned euphemism for using the toilet [as a penny was once the charge in public facilities]. People still talk about “penny arcades” – places where coin-operated amusement machines are located. But what if there were no longer such a thing as a penny coin?

Some time ago, I wrote a posting that illustrated that the main use for very small coins comes about as a result of prices ending in “.99”. In certain European countries, where this practice is not common, the small coins have fallen into almost total disuse. In Australia and New Zealand the 1- and 2-cent coins have been eliminated. I read in the news that Canada is following suit. Is this the way the US and UK should go?

Personally, I am all for simplifying the currency. As it stands, in the UK [and in Euro-zone countries] we have 8 coins. reducing that to 6 seems like a good idea to me. My change always seems to get too bulky and I have a charity collection box in my hall, which receives all my 1p, 2p and 5p coins. Perhaps the charities would be losers, if this change were to be effected.

Security of Medical Devices – A Changing Regulatory… March 2, 2022 Over the past two decades, medical devices have been increasingly likely to be connected to the outside world using Wi-Fi,…
OFF-TOPIC: Expectations vs reality January 14, 2021 I am of the opinion that disappointment is an underrated emotion. Many people do not see to take it seriously.…
OFF-TOPIC: Musing on handedness January 28, 2021 I have always be fascinated by the concept of being right- or left-handed. Almost all of us have this asymmetry…

This article first appeared on the Siemens Digital Industries Software blog at https://blogs.sw.siemens.com/embedded-software/2013/02/07/losing-the-penny/