In 1888, 125 years ago, George Eastman coined the slogan, “you press the button, we do the rest”; and the world was never the same again. With the advent of the Box Brownie, photography went from an elitist activity, that was only within the financial reach of the idle rich, to become an everyday activity for almost anyone. The technology was rapidly accepted and snapshot photography was born.

I read somewhere that every day more photographs were taken than on the previous day. This got me thinking about how everyday photography is developing …

As a keen photographer, I obviously have a “serious” camera and I wrote about the technology in that area recently. However, I also like to have a compact camera, which I can carry at all times with little effort. Not long ago, I found myself in need of a replacement and looked at what was available. I also observed what other people were using. My conclusion was that I did not need to buy anything at all – my iPhone [4S] would do the job.

Of course, this is a key reason why so many pictures are taken nowadays, as most people have their phones with them all the time and most phones have a camera. These devices have improved in quality drastically in recent years and now rival all but the very best stand-alone compact cameras. The benefit that they offer, apart from availability, is flexibility. Smart phones come with a “camera app”, but there are typically numerous other apps that give additional capabilities. For example, I use Camera+ on my iPhone, which has many features not found on the standard app. I also have Scanner Pro, which enables me to use my iPhone [or iPad] much like a scanner. 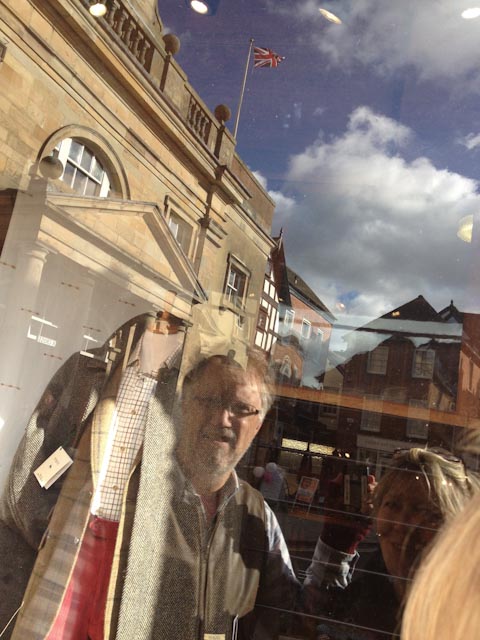 Phone cameras are dismissed by serious photographers because their image quality has its limitations. This is inevitable for lots of reasons, most obviously the size of the lens; a tiny lens just cannot compete with the glassware of a DSLR or suchlike. There are numerous add-ons, which claim to make an iPhone as good as a DSLR, but they really are “putting lipstick on a pig”; disappointment is inevitable. However, I am a long way from dismissing camera phones, as many pictures just would not have been taken without one.

Historically, photographers have often been dismissive of new technology: plate film users dismissed celluloid film; monochrome fans dismissed color; film users dismissed digital. It make more sense to keep an open mind and look carefully at what a given technology has to offer. I met someone recently, who is a talented photographer and uses her iPhone or DSLR, as appropriate. She uploads all her best images to her iPad, where she uses a selection of apps to “process” them and render her final images. She has produced some outstanding results [IMHO; see for yourself here], but found herself looked down on when she went along to a local camera club [not the one to which I belong!]. They took the view that, if you do not use Photoshop, you are clearly not a serious photographer. She was wise to walk away.

Security of Medical Devices – A Changing Regulatory… March 2, 2022 Over the past two decades, medical devices have been increasingly likely to be connected to the outside world using Wi-Fi,…
Medical Devices and the FDA, a History of Change August 26, 2022 As you probably know, devices of all types continue to get more complex, more interconnected, and in the world of…
OFF-TOPIC: Lost and found February 18, 2021 When I come into the house, I hang my keys on the hook. If I want my keys and they…

This article first appeared on the Siemens Digital Industries Software blog at https://blogs.sw.siemens.com/embedded-software/2013/01/10/the-new-box-brownie/