It is late Monday night, nearly Tuesday morning. I do not normally write blog posts at this time, but please indulge me. If you are under about 45 years of age, you will probably not understand the rest of this posting, so you might want to stop right here. I am sitting in my study, with a glass of the “black stuff” by my side. I am still buzzing; just coming down. I have been to a rock concert. I have been to see Yes …

I go back a long way with Yes. I was in my early teens at the beginning of the 1970s when I first got into their music. I have never seen them live before. I see quite a lot of live music, but not much rock; I had almost forgotten how energizing rock music can be. 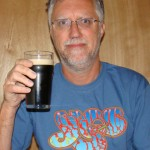 It was an excellent concert. They played for nearly 2.5 hours and covered a wide range of their material, from the early days [“Astral Traveller” from “Time and a Word” recorded in 1969] to more recent stuff [like “Owner of a Lonely Heart” which even my teenage daughter knows]. I was far from being the oldest person in the audience and there were quite a few younger people who were not even born when Yes were at their peak. Clearly they have parents offering cultural guidance.

The personnel of the band have changed over the years, with three long term members [Steve Howe, Chris Squire and Alan White] and two new boys [Benoit David and Oliver Wakeman].

Chris is a showman and uses his bass guitar as a prop as well as an instrument, but he sure knows how to play the thing. I am sure that there was a time when he would play the bass open string to free his left hand to hold a glass. Now it’s just for effect. He’s bigger than he once was, but he looks like he belongs in a rock band.

Steve clearly has been unwell in recent years and looks about a hundred years old, but he is still an amazing guitarist. A lot of the time he has an electric guitar and he is making it produce sounds that you just would not imagine. In the middle of the set he has a short solo, where he just sits on a stool with an acoustic and makes fine music.

Alan White is a rock band drummer. What more can I say?

Benoit David is standing in for Jon Anderson, who I understand is sick. I am told that they auditioned singers from a number of Yes tribute bands and Benoit got accepted. It must be a dream job for him. He certainly seemed to be enjoying himself and was a ball of energy. His voice is so like Anderson’s that he is a perfect stand in.

Initially I thought Oliver Wakeman was a bit disappointing, as he lacks Rick’s flamboyance. But then I realized that he’s a very competent keyboards player, who just has his own style, which happens to be calm, cool and collected. Rick is such a hard act to follow, that I have enormous respect for Oliver and I think he will go far.

On a technical note: I observed that it was possible to buy recordings of tonight’s concert, supplied on a Yes-logo USB stick, straight after the event [or online download afterwards]. Yes have been around a long time, but sure move with the times.

I had a great evening. If you can recognize “Roundabout” by Steve’s first three notes and Yes are playing at a venue near you, get a ticket and go along. Enjoy!

I am going to bed now.

Embedded World February 22, 2021 Next week is Embedded World - the annual event when everybody involved with embedded system design descends on Nuremberg, Germany…
OFF-TOPIC: Musing on handedness January 28, 2021 I have always be fascinated by the concept of being right- or left-handed. Almost all of us have this asymmetry…
OFF-TOPIC: The history of today March 18, 2021 When I was at school [a long, long time ago!], I really could not see the use, or more specifically…

This article first appeared on the Siemens Digital Industries Software blog at https://blogs.sw.siemens.com/embedded-software/2009/11/24/yes/