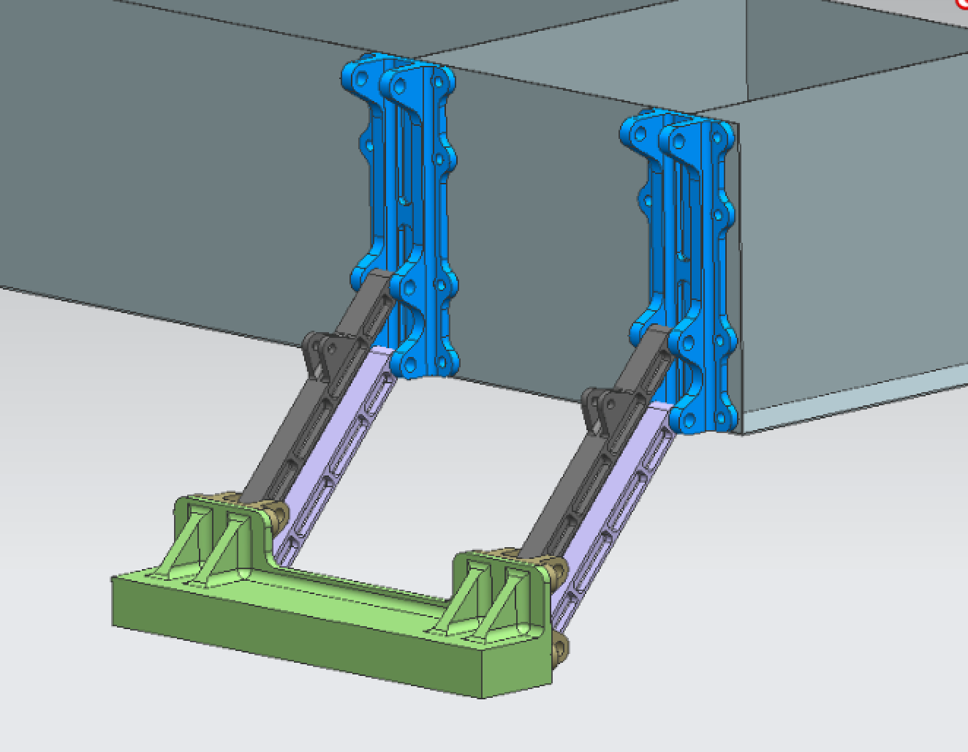 (This article reprinted with permission from the UMD Loop Newsletter and originally written by Matt Grimes.) This past August, UMD Loop traveled to Los Angeles to participate in The Official SpaceX Hyperloop Competition for the second time. Competition 2 was very work intensive, and consisted of the team working long hours on testing and integration. Many teams, including ourselves, made significant improvements from the first competition, making for an exciting week. Our team was able to improve our pod to be lighter and smaller. We used adjustable magnetic arrays to tune our liftoff speed, allowing the pod to run faster. These improvements helped us become the first team from the U.S. to make it into the open air track. Overall, we continued to be one of the most efficient and well organized teams at the competition, and we look forward to building on these successes for the next competition. NX has allowed UMD Loop to fully design and analyze our various systems on the pod, from the levitation arrays to the frame to the shell. NX has been especially useful in the design of the frame: in past competitions we have designed the frame in NX and have then analyzed it using NX Nastran. This has allowed us to optimize the frame to the various design constraints so that we can make it as strong and as light as possible. NX has also given us the ability to know the strength of all structural components on the pod, so that when we go for a run in the tube we know exactly how the pod will react, giving us worry-free pod runs. NX being the powerful piece of software that it is, has allowed us to easily design the entire pod in the it. This ability has allowed us to quickly and easily make design decisions and changes before any components on the pod are built or even ordered. Recently, UMD Loop team members have attended two information sessions with experts in CAD and FEA for NX. Dewayne and Tim worked with team members to help solve their specific issues and improve the team’s overall knowledge. We are very thankful to have had the opportunity to meet them and get their advice. NX has been an invaluable asset to UMD Loop and will continue to be in the near and far future thanks to the awesome support of Siemens. Pictured above is a preliminary levitation array concept, created entirely in NX. Our teams will be utilizing computer aided design heavily this year, creating concepts for various parts of the pod. NX allows us to design multiple systems and design concepts in parallel. We then take these individual designs, analyze their best qualities with Nastran, and combine them to create a functional system. The levitation arrays must be able to levitate our pod when it is at speed, while keeping the pod stable.

This article first appeared on the Siemens Digital Industries Software blog at https://blogs.sw.siemens.com/academic/umd-loop-team-uses-nx-to-design-hyperloop-pod-for-august-competition/